Painted during the Qing period, this impressive four-fold screen, beautifully decorated in fine gilt against dark blue silk, was originally an elaborate gift to the mother of Grand Preceptor Li on her 80th Birthday, from his student Tian Xiuli. The screen tells the story of Eight Daoist Immortals and other deities celebrating the birthday of Queen Mother of the West, a Goddess in Chinese religion and mythology, who sits in her throne with a phoenix flying above. 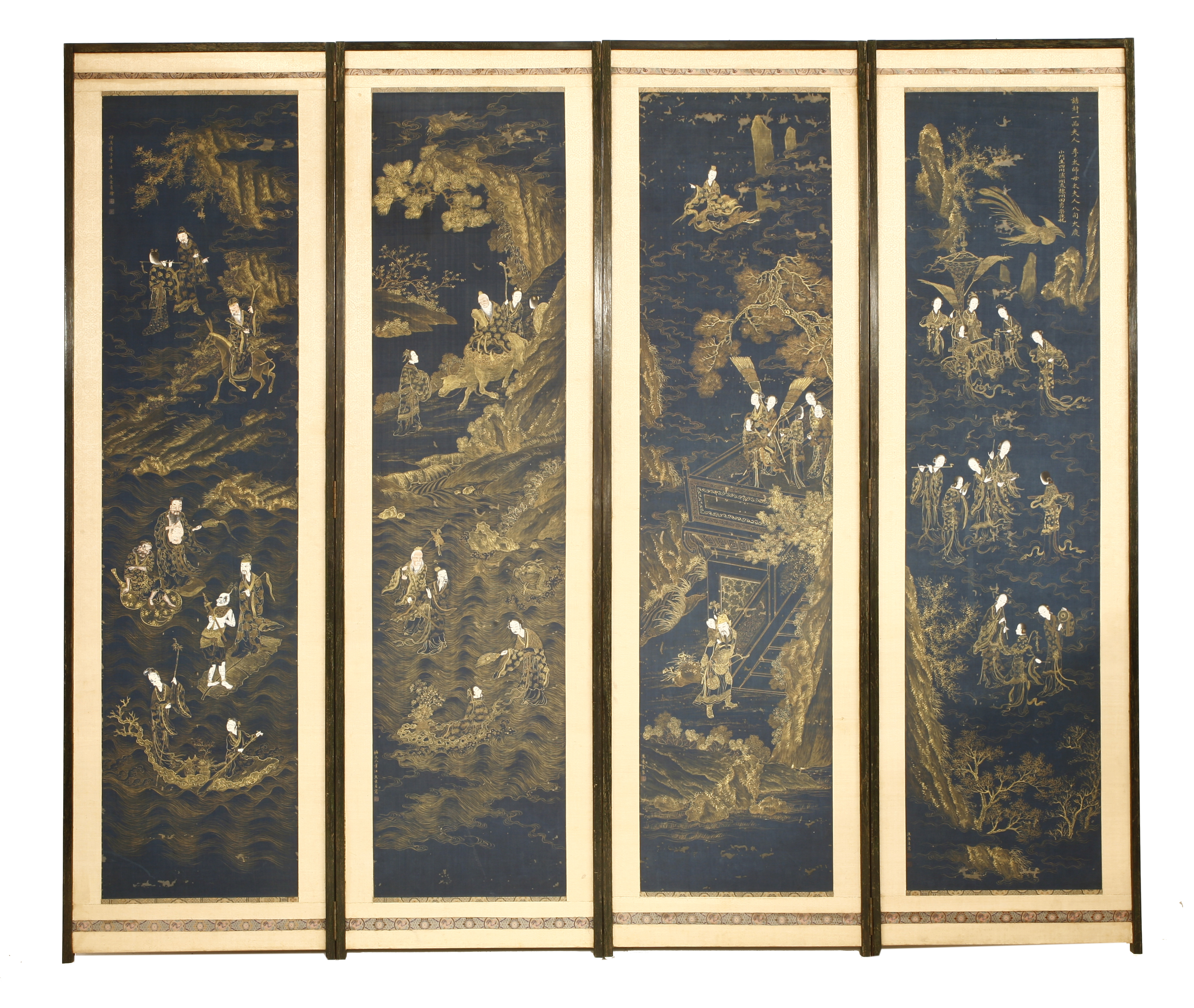 A Chinese four-fold screen,18th century, the hanging scrolls painted with Eight Daoist Immortals and other deities celebrating the birthday of Queen Mother of the West. Estimate £6,000-10,000

The screen was last purchased in Tokyo in 1978 by a high flying British Marketing Executive, who had been living and working in the Far East since the 1950’s. It was during his time in Hong Kong, Kobe and Tokyo, that he had developed a passion for Chinese history and works of art. The screen had been proudly displayed in his home in Kobe, Japan, for 30 years. So cherished was it that, upon his retirement, it was shipped to the Channel Islands, where it was once again displayed and loved until his recent passing.

It was inherited by a close family friend, whose taste in art is far more contemporary. She felt passionately that its importance should be fully appreciated; hence it is to be offered for sale by auction on Wednesday 16 May by Sworders Fine Art Auctioneers in Stansted Mountfitchet. The estimate for the sale is £6,000-10,000.