Our November Modern British Art auction will offer works by the fascinating group of artists residing in the Great Bardfield area.

Here at Sworders we have a strong track record selling the works of the Great Bardfield community of artists. Location is key. This diverse group of mid 20th century painters experienced the rural idyll from the north west Essex village just 15 miles from our saleroom.

Edward Bawden (1903-89) is, perhaps, the key artist of the Great Bardfield group. His home Brick House, briefly shared with Eric Ravilious, features in several of his quintessentially English works.

Estimated at £8000-12,000 is the 45 x 57cm pen and ink, watercolour and body colour depicting St Nicholas’s Church in Fyfield, Essex. It is signed and dated 1957 - a key period when the Great Bardfield artists organised an innovative series of large ‘open house’ exhibitions  - inviting the public to view modern art works in the artists own homes. Exhibitions of this type were held in 1954, ’55 and ’58. 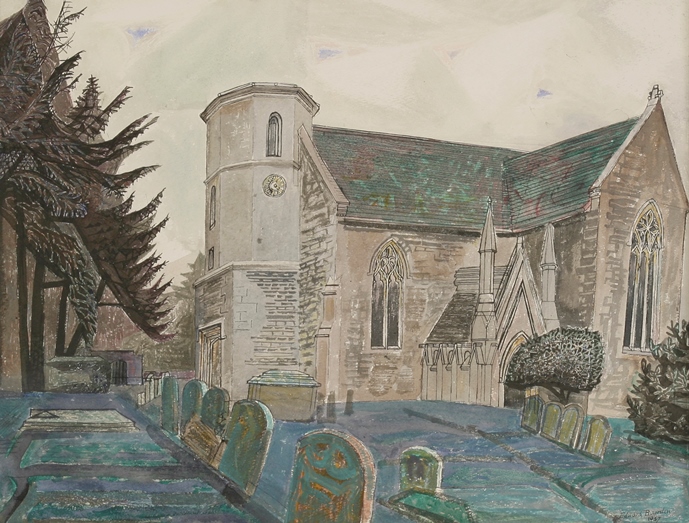 The slightly larger Wingfield Manor, Derbyshire is a later work, signed and dated 1979 by which time Bawden was living in Saffron Walden. The estimate is £2000-3000. 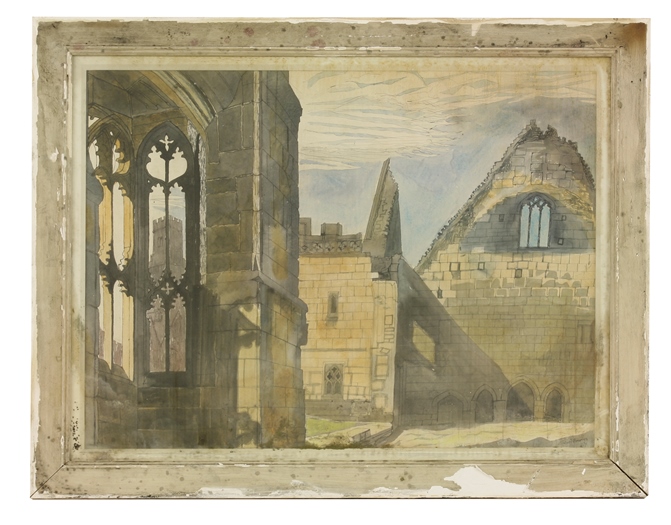 Born in Woolwich, John Aldridge (1905-1983) lived in Great Bardfield for 50 years from 1933. In recent years, the value of his work, especially his oil paintings, has increased enormously.

He shared with Bawden a passion for gardening and the creation of the garden at Place House in Great Bardfield was one of his greatest achievements. It features frequently in his paintings including Home Gardens, Early Days, a vibrant 46 x 62cm oil, estimated at £2000-3000. Our Modern British Art auction in February this year included the artist’s oil painting of the Pont Du Gard in southern France which sold for £5500. 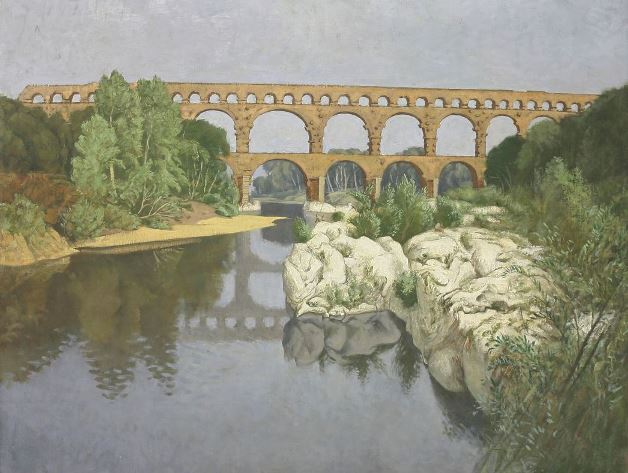