A rare early landscape attributed to a young Lucian Freud has been revealed after conservators stripped off a picture by a Suffolk artist and friend of Freud who painted over it after World War II.

The painting was found in the cellar of artist Elizabeth Bodman, who died in 2015, and was assumed to be painted by her husband and fellow artist Tom Wright, a wartime acquaintance of Freud.  But the back of the canvas was signed "Lucian" (fig 2). 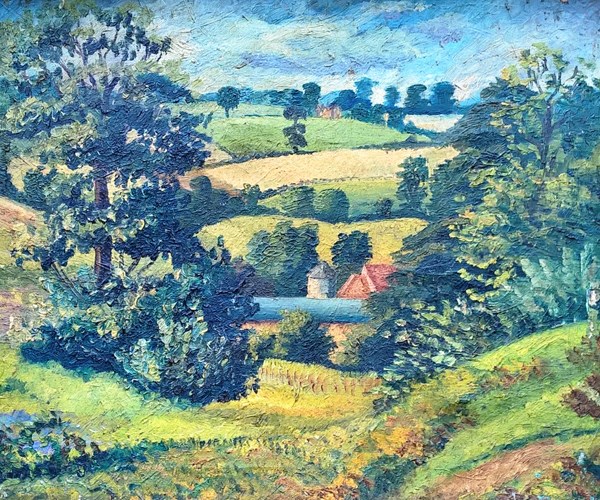 Fig 1. Tom Wright is thought to have recycled Freud’s canvas for his painting, above, as they were in short supply

On closer inspection, there were clear signs of a second image below Wright's.  Conservator Gillian Mussett painstakingly removed the top layer of paint chip by chip with a scalpel, to reveal the work now attributed to Freud (fig 4).

Just before World War II Tom Wright, an apprentice plasterer and sign painter in Hadleigh, Suffolk, was hanging a pub sign at The Shoulder of Mutton, in which the young Lucian Freud was drinking. Freud befriended him and persuaded him to join him at The East Anglian School of Painting & Drawing. Sir Cedric Morris waived Tom’s fees in lieu of his handyman skills. 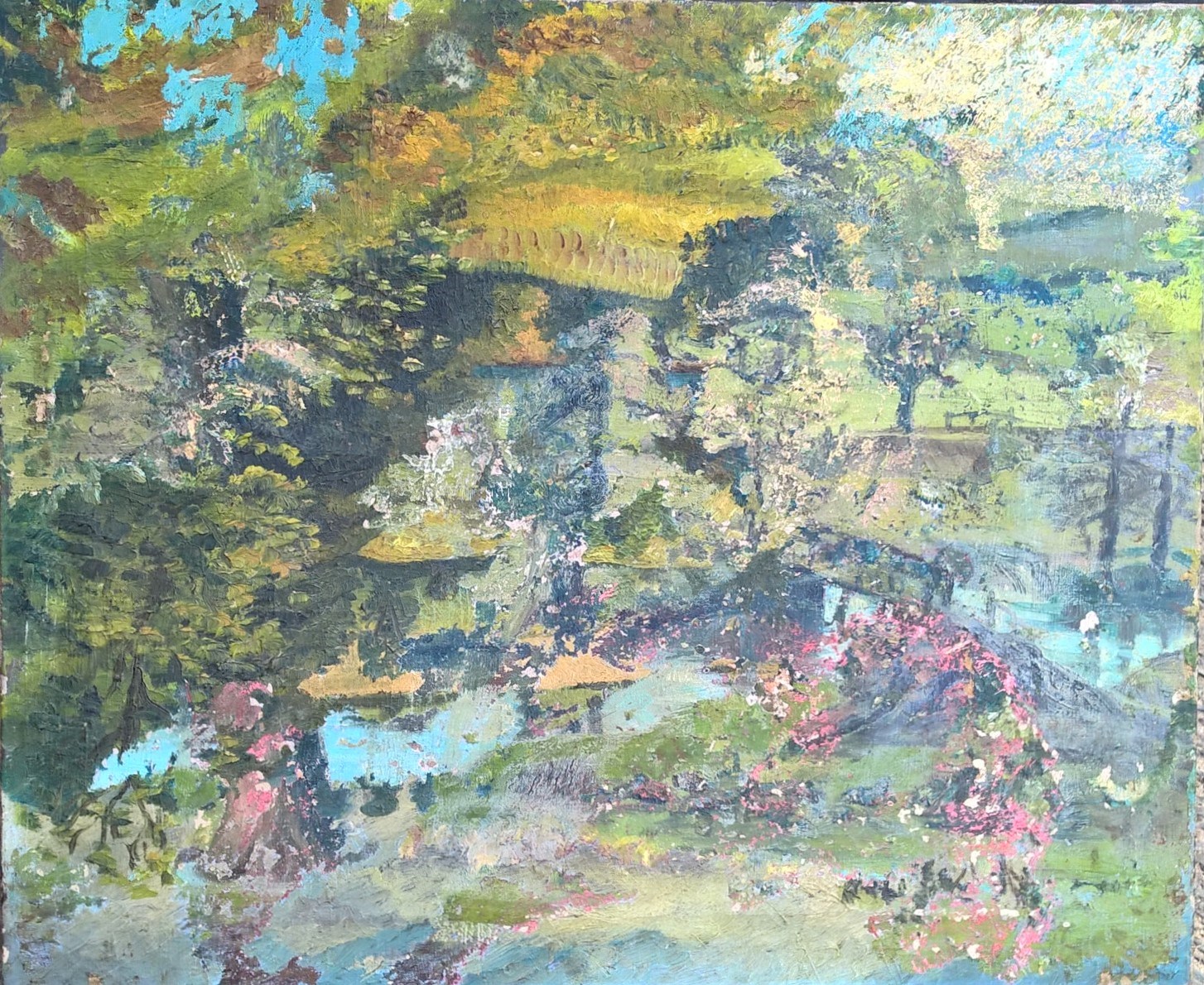 Fig 3. The top layers of paint were painstakingly removed to reveal the landscape beneath

Tom Wright attended the school until he was called up, only returning to his art studies at the end of the war. Canvas was rationed and hard to come by, so it is suggested that Wright took an old canvas from the school to paint on, and the picture (fig 1) was the result.

On his death the picture passed to his wife, the artist Elizabeth Bodman, and it was re-discovered when her probate valuation was done in 2015. Among the collection in the estate, were a number of comparable paintings by Tom Wright and many other works by artists who attended the East Anglian School, including a spectacular work by Cedric Morris. 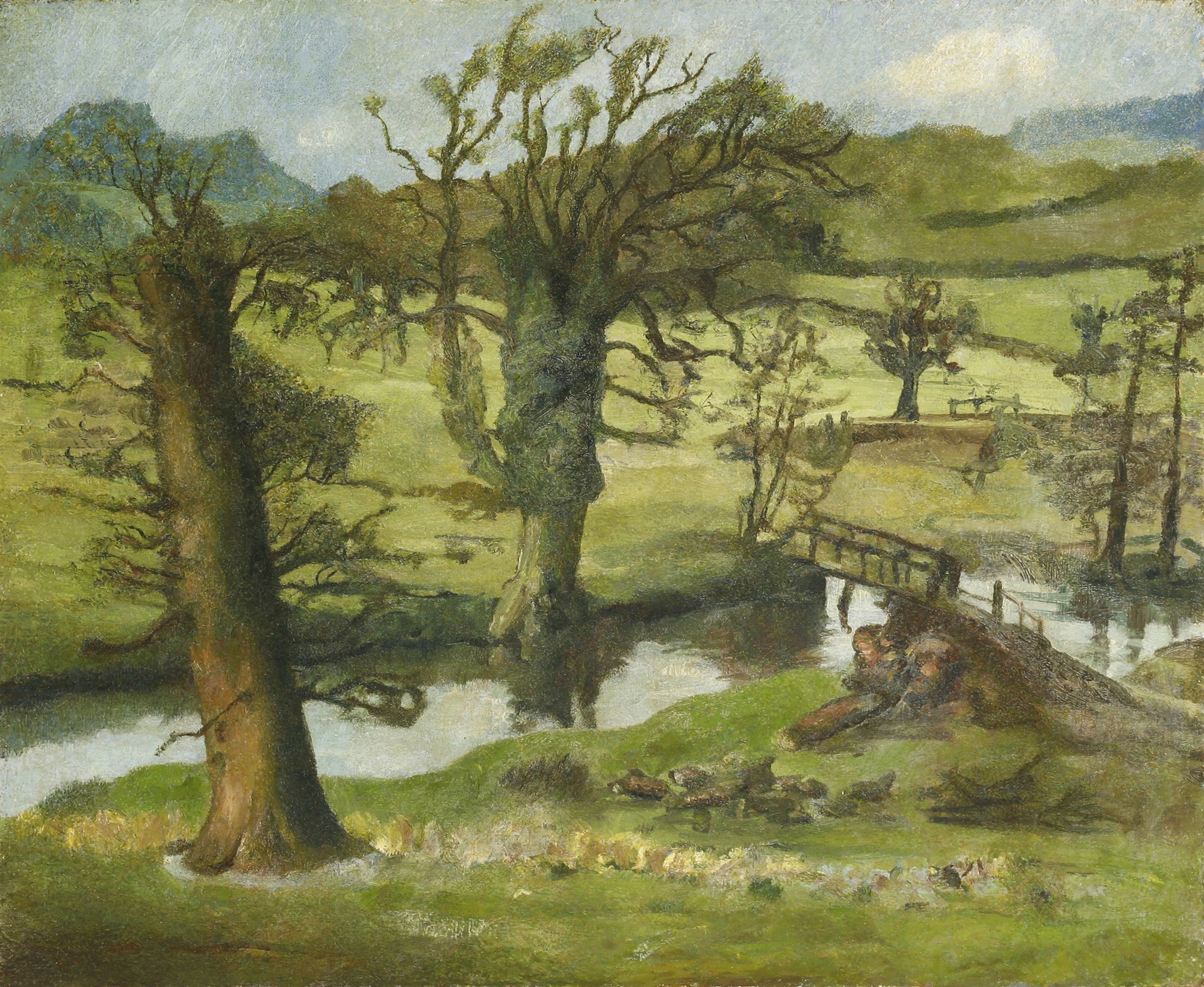 During the lengthy conservation process, first removing Tom Wright’s landscape, then the layers of pink and white ground he had painted over Suffolk Landscape with Welsh Mountains Beyond, a couple of small areas of the present landscape inevitably came away too. These areas which have been in-painted in a reversible way, which is the ethically correct method to conserve such minor complications, revealed that there is a further layer of paint below this one (fig 5.), which not only is in a palette more associated with Freud’s early portraits, but were it to be a portrait would bring understanding to the orientation of the inscription/signature verso. Because it is very likely that Freud painted Suffolk Landscape with Welsh Mountains Beyond, thus himself choosing to paint over whatever lies beneath, clearly the decision to leave the painting as it currently is was inevitable. 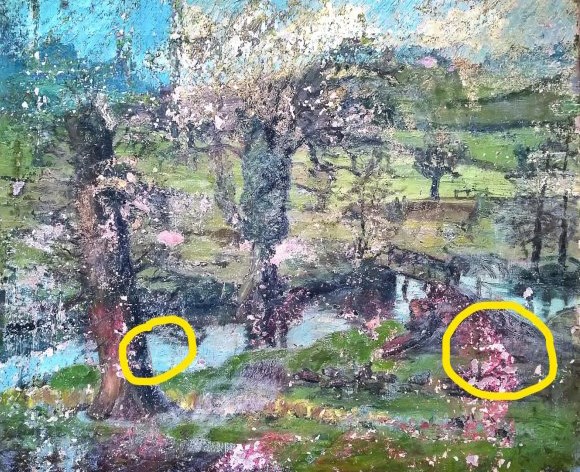 Fig 5. The painting mid-conservation still showing some of the white layer on top of Suffolk Landscape with Welsh Mountains Beyond, circled are the positions of the areas detailed above that reveal the layer below the present picture.

Experts agree that the signature is clearly Freud's and the newly exposed work is likely to be by him.  On a painting trip to Wales in autumn 1939, after the school had burned down, probably because of Freud’s discarded cigarette, he created his first significant body of work, peopling the Welsh landscape with whatever popped into his mind.

Fig 2. Experts agree that the signature on the back of the canvas is indeed Freud’s

Robert Upstone (former Senior Tate Curator for 23 years acquiring pictures for the National Collection, who has examined the picture at each key stage) “ ………I have made comparison with other examples of Freud’s writing and it is evident the signature is undoubtedly in his hand……it became absolutely clear that there are three layers of painting, the presence of Freud’s signature logically and forcefully suggests that what lay underneath - whether abandoned or uncompleted - was painted by Freud himself “.

William (Bill) Feaver (Writer, curator, art critic and long-time friend of Freud’s, who has inspected this canvas twice at key stages during the conservation). “I agree it could be Lucian who wrote it [the inscription verso]: the possibility, or even probability, being that the back of the canvas was casually inscribed with the name to distinguish it from daubs by others that summer session….”.”It could well be an abandoned work by Freud”.

Toby Treves & Catherine Lampert (Compilers of the Catalogue Raisonné who have each inspected the canvas at different key stages of the conservation). “…..at present we can’t agree to include it in our forthcoming catalogue raisonné, however in the event that more evidence comes to light, we would be happy to consider it again”.

The Beneficiaries of the Estate of Elizabeth Wright from 2015

The work is to be offered at auction on Wednesday 11th July by Sworders Fine Art Auctioneers in the Modern British Art sale.