Homes and Interiors, to include Arms and Militaria – Tuesday 5th March 2019

On Tuesday 5th March, Sworders will sell the selected contents of Riber Manor, Matlock, the former home of Colonel Dennis Walton MC, a veteran of World War II who saw action in the Battles around Monte Cassino in 1944. 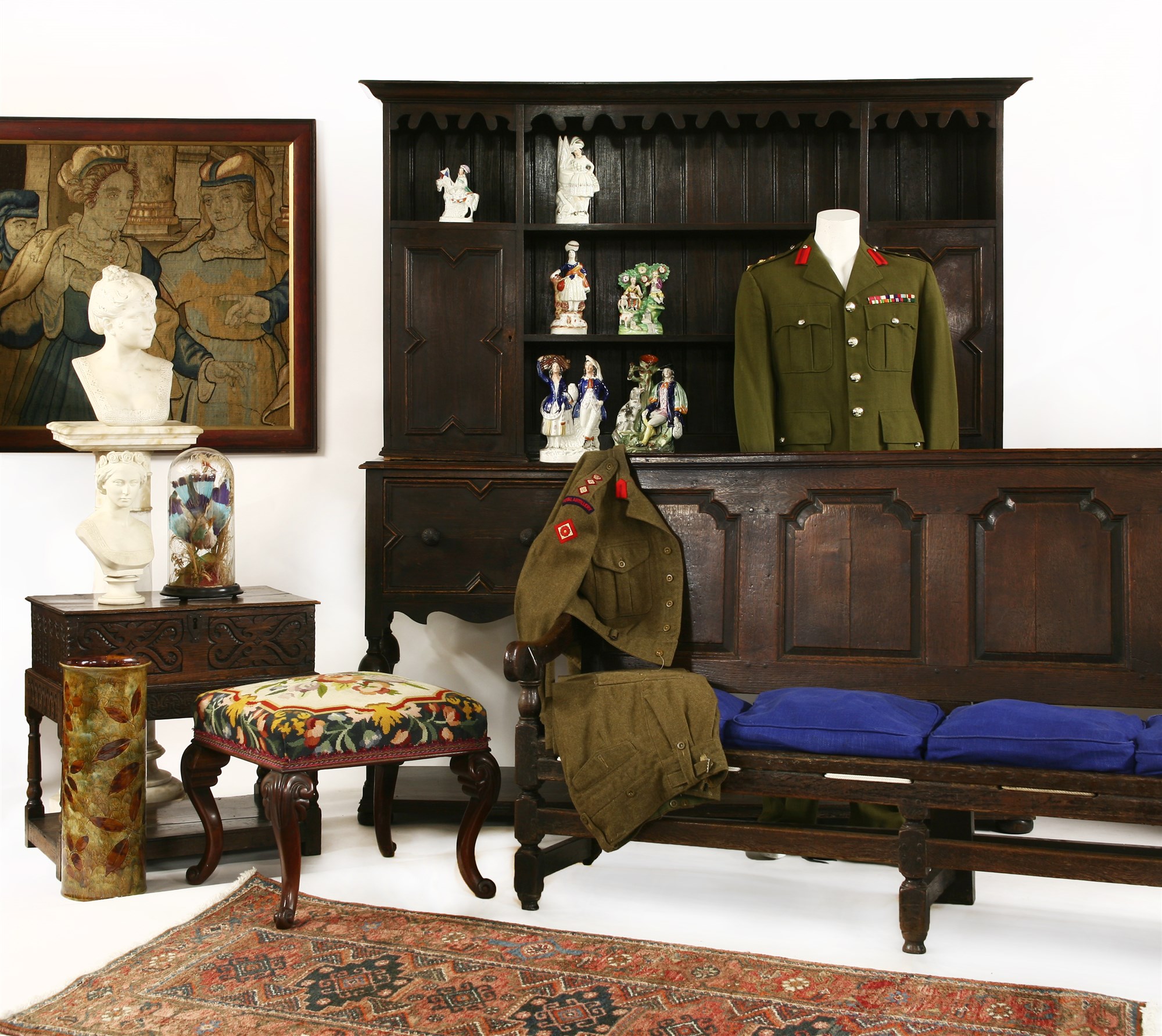 Walton served with the 58th Suffolk Medium Regiment during the epic campaign that saw Allied forces launch four major attacks to destroy Nazi forces at the site near Rome in terrible conditions, knowing that they or their comrades would likely be killed.

The World War II hero was awarded the Military Cross for his courageous actions during the attack and was given a Royal thank you from Prince Harry at a commemorative ceremony in Rome on 19 May 2014.

After the war, he completed his degree and joined Tootal Broadhurst Lee, a Manchester based textile firm, as a production management trainee. He left, as special adviser to the board, after 17 years to join Dalkeith Knitting Mills, Alfreton, as Managing Director.

While at Dalkeith, Walton became President of the Nottingham and District Hosiery Manufacturers' Association and remained a member of the Territorial Army until 1967.

His private papers are held by the Imperial War Museum and reflect on his time in service.

A fully illustrated catalogue will be available to view on www.sworder.co.uk from Friday 1 March.

Items From The Guardian’s Design Correspondent Come To Auction

Our Design sale on 4-5 May includes a group of Arts & Crafts items from the estate of the design writer and biographer Fiona MacCarthy OBE (1940-2020). Married to the Sheffield-based silversmith and designer David Mellor (1930-2009), who she first met when conducting an interview in 1967, MacCarthy’s background as a journalist for House and Garden and the Guardian helped to lay the foundations for seminal works on C R Ashbee, the Omega Workshops, William Morris, Eric Gill, and Stanley Spencer.

Sworders Design department is delighted to be offering a selection of some of the Gabbertas Studio’s most iconic designs, some of which are extremely rare versions of designs or prototypes made by the hand of Mark Gabbertas himself | DESIGN WEDNESDAY 5 MAY 2021

Following Covid's cancellation of the Festival in 2020, the charming Georgian market town of Holt in Norfolk is delighted to be resuming its role as host of East Anglia’s celebration of creativity, Holt Festival, this summer, and Sworders couldn't be prouder to be sponsoring not one, but two art prizes this year.