A single-owner collection of fire badges, comprising examples from the mid-18th to the early 20th centuries, comes to sale at Sworders this September.

As a result of the Great Fire of London in 1666, the first societies for insurance were established throughout the late 17th century to protect and recover the losses felt by fire. These new insurance companies began to form their own fire brigades to be called upon to fight fires and to protect and salvage items from the buildings that they insured, or those that they didn’t in return for a fee to be paid later. These firemen needed to be identified as employees of the company so were clothed in colourful costumes and given badges of silver or silver-gilt to be worn on the sleeve, like those of the Thames Watermen, where many of the firemen were first employed. 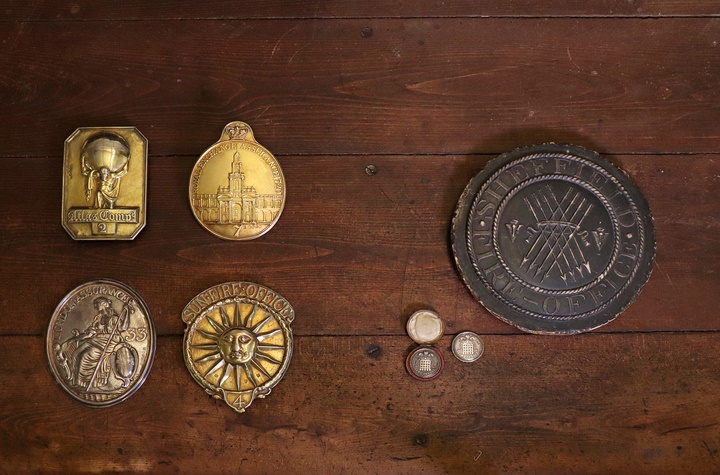 Examples of firemen’s dress and badges can be seen in artworks such as ‘The Pantheon, the Morning after the Fire’, from 1792, a graphite and watercolour on paper by JMW Turner, currently in the Tate Collection. So important was the job of these men that they were exempt from conscription into the Navy after an act of parliament in 1707.

Unlike fire insurance marks, which were metal plaques placed onto every building that was insured by a given company, firemen's badges were never made in large numbers as each brigade would have been limited in number to no more than 30 men. This, along with the abuses of daily wear, explains why so few have survived today. 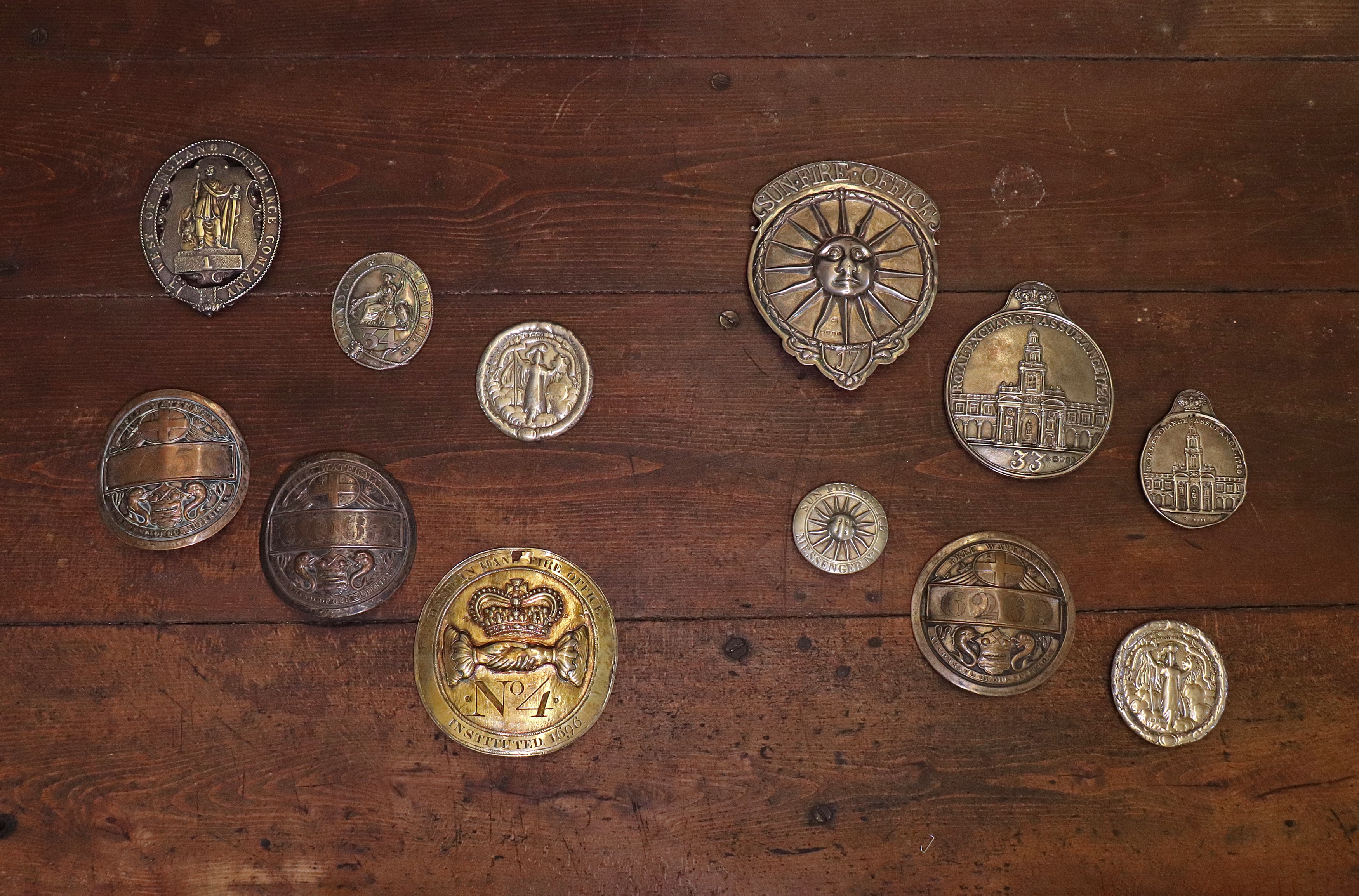 Included in the collection being sold at Sworders are also three Free Waterman badges (lots 363, 364 and 370), and an interesting alabaster model for fire marks of the Sheffield Fire Office (lot 377).