'I am just going out and may be some time’

A sketch for a famous painting that depicts the Antarctic explorer Captain Lawrence Oates walking to his death in 1912 comes for sale at Sworders’ Fine Interiors sale on September 22-23.

A sketch for a famous painting that depicts the Antarctic explorer Captain Lawrence Oates walking to his death in 1912 comes for sale at Sworders’ Fine Interiors sale on September 22-23. 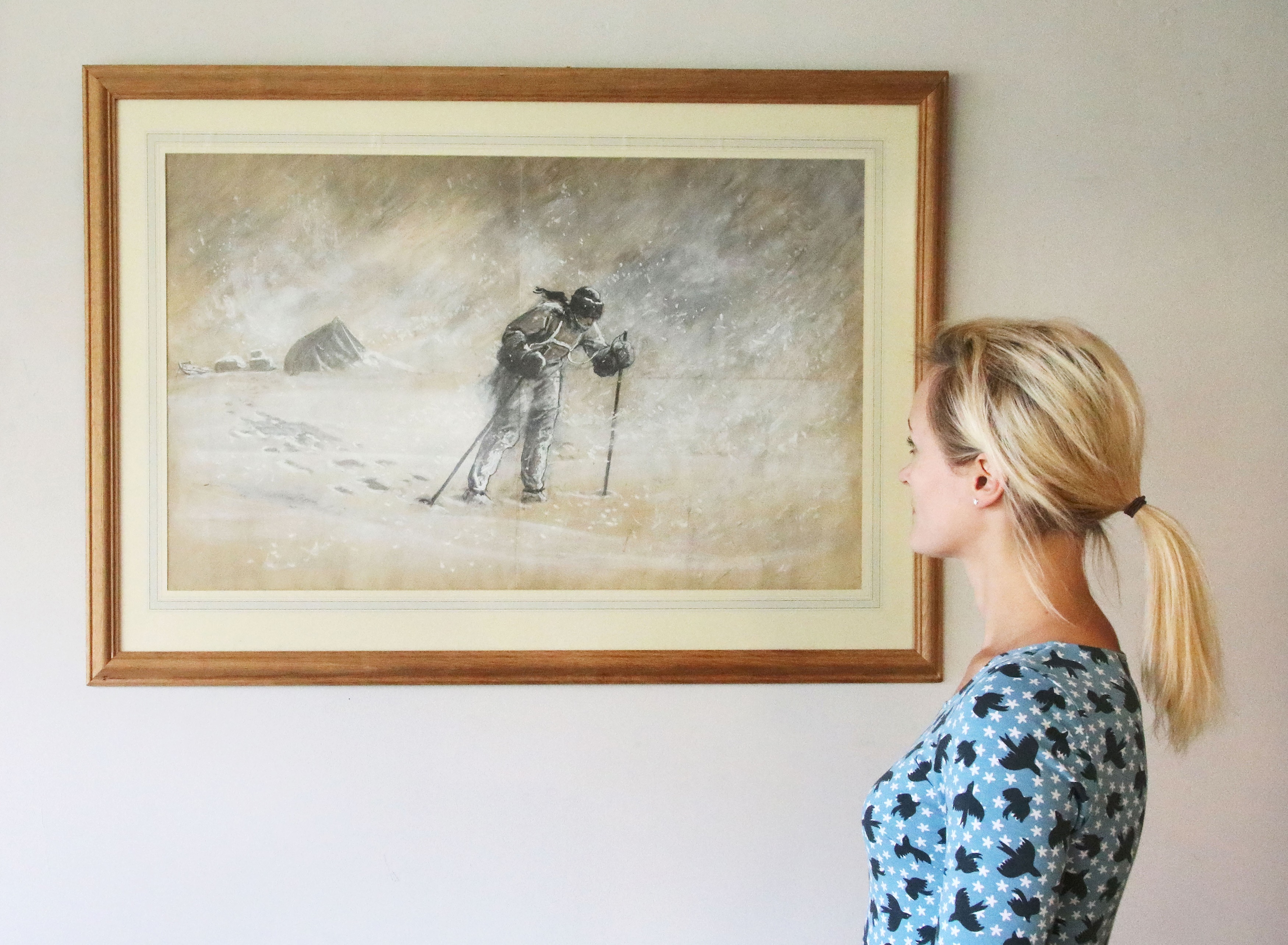 Measuring 59 x 99cm and executed in pen, ink and watercolour heightened with white, this is the original sketch created by Dollman for the finished painting which hangs in the Cavalry Club, London. It was commissioned by officers of the Inniskilling Dragoons in 1913 - the year after news arrived of the doomed 1912 expedition - and shown at the Royal Academy that year. A smaller preparatory sketch is in the Scott Polar Research Institute, at the University of Cambridge.

Sworders' sketch includes some notable compositional differences. In this work Oates is depicted holding ski poles - a feature dropped by the artist in the painting where Oates wears only mittens.

It is on the market for the first time after being given to the Thompson family of Beacon House in Ditchling by Dollman's daughter Ruth, who lived in the village until her death aged 90 in 1965.

Lawrence Edward Grace 'Titus' Oates (1880-1912) is remembered as a member of the ill-fated Terra Nova expedition to the South Pole, led by Captain Scott.

When, incapacitated by frostbite, gangrene and malnutrition, he became a liability to his party, he chose to walk out of his tent into a blizzard having uttered the celebrated words: ' I am just going out and I may be some time.'

Scott recorded in his diary on March 15, 1912: 'We knew that poor Oates was walking to his death, but though we tried to dissuade him, we knew it was the act of a brave man and an English gentleman.'

The remaining trio in Oates party struggled on for another 20 miles where their frozen bodies were eventually discovered by a search party on November 12, 1912. Oates's body was never found although his reindeer-skin sleeping bag was recovered and is now at the Scott Polar Research Institute.

For more information about the painting or the sale, please contact Alexander Hallett
alexanderhallett@sworder.co.uk | 01279 817778