Collecting horizons are broadening all the time. Our Into The Groove sale on July 9, was an eclectic event for the TV generation and the place to buy a rare David Bowie poster, the world’s longest sofa - and even an offshore powerboat.

Collecting horizons are broadening all the time. Sworders inaugural pop culture sale, titled Into The Groove on July 9, was an eclectic event for the TV generation and the place to buy a rare David Bowie poster, the world’s longest sofa - and even an offshore powerboat.

Vehicles (subject to a reduced premium of 15%) opened the sale. An unorthodox entry to a regional auction room were two racing class offshore powerboats, once part of the Vulture Ventures Offshore Racing team.

A Phantom 23ft powerboat, decked out in decals for Vulture Ventures and the Rolling Stones-inspired logo ‘It's a Gas, Gas, Gas’ dated from 1997. It had been in recent use and came for sale with a 2014 Mercury Pro XS 250 outboard engine and a road trailer. The selling price was £12,500.

A Skater 28ft ‘Cultured Vulture’ powerboat sold at £5,000 came with considerable pedigree. This boat, named to the twin cockpits for the pilot ‘CB III’ and throttle man ‘Peter Dredge’ - posted speed records in the 1990s for Class II and III Offshore Class but offered together with three unserviceable outboards and a road trailer that was no longer roadworthy it would require considerable investment to run again.

Perhaps the most unusual vehicle in the sale was the experimental amphibious car, the 1992 Dutton Mariner. Using the running gear from a standard production road car (in this case a 1600cc Ford Fiesta) it has a one-piece hull moulded from high-strength glass reinforced plastic. Although requiring some restoration and recommissioning, this example took £4000 (estimate £1000-1500).

Rock and pop collectables were mixed with the design, fashions, ideas and memorabilia of the immediate post-war era.

Two posters for local concerts held at the Rhodes Centre, Bishops Stortford - once one of the most prestigious venues on the music circuit - proved popular. The red and black printed poster to see The Who on March 27, 1965 sold at £650 (estimate £500-700) while another for a little known artist called David Bowie and The Buzz playing on July 30, 1966 (admission 7s 6d) took £820.

The Beatles were not to be outdone. A series of four photographs of John, Paul, George and Ringo taken during a special afternoon performance for the Southern Area Fan Club at the Wimbledon Palais on December 14, 1963 were sold at £880. After the concert the 3000 fans had been invited to meet the band in the venue's bar where the vendor had the photographs signed.

An example of Warhol’s cellulose and wool Souper Dress sold at £1,200.

Created in 1965 by Pier Giacomo and Achille Castiglioni, the RR126 Radiofonografo has recently become something of a design icon - particularly after the example owned by David Bowie was sold a few years ago for £275,000. The example here was rather more affordable but still took £1,700 (estimate £1,400-1,600). 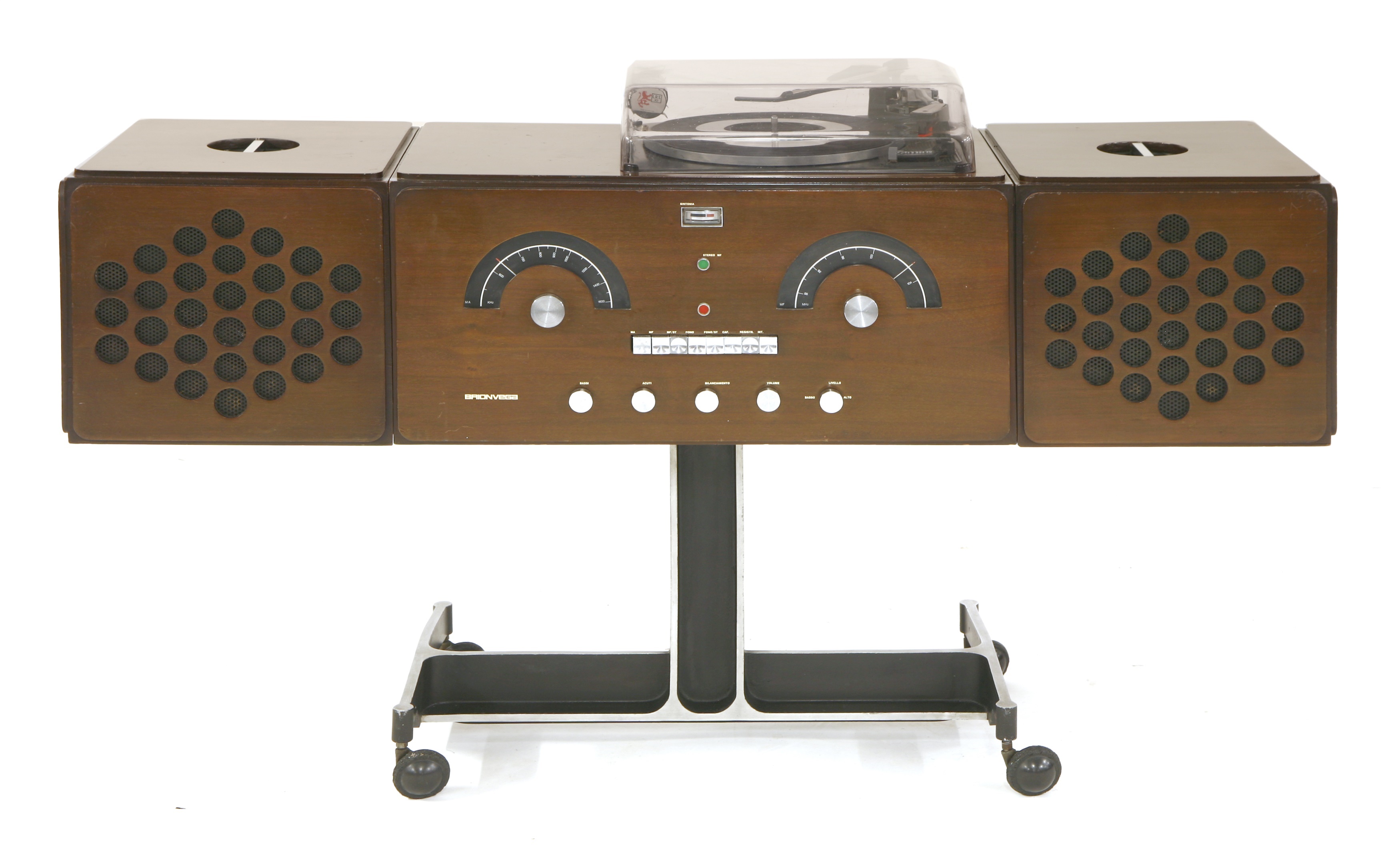 The final lot of the sale, a cream leather De Sede ‘Non-Stop’ sofa or Tatzelwurm measuring approximately 12m long went well above estimate at £9,400. The sofa, that found its way into the Guinness Book of Records as the world’s longest sofa, was first designed in 1972. Any number of modular upholstered segments can be zipped together to suit every room size.