An intriguing collection of work by Art Deco giant Jules Leleu (1883-1961) will feature in our upcoming Design sale later this month. The ten lots represent one of the largest groups of pieces by Leleu to come to market in recent years. Here we look at the authentic provenance of the collection as well as Leleu's  commissions and artistic accomplishments

An intriguing collection of work by Art Deco giant Jules Leleu (1883-1961) will feature in our upcoming Design sale later this month.

The ten lots represent one of the largest groups of pieces by Leleu to come to market in recent years. They have been consigned to Sworders by the Greek descendants of Celestine Galani, the wife of shipping magnate John Galani, who happened to be a friend of Jules Leleu. Based less than a mile away from the Maison Leleu which was at 65 Avenue Franklin Roosevelt in Paris, Celestine commissioned him to decorate her entire apartment at 81 Avenue Marceau in the 1940s. 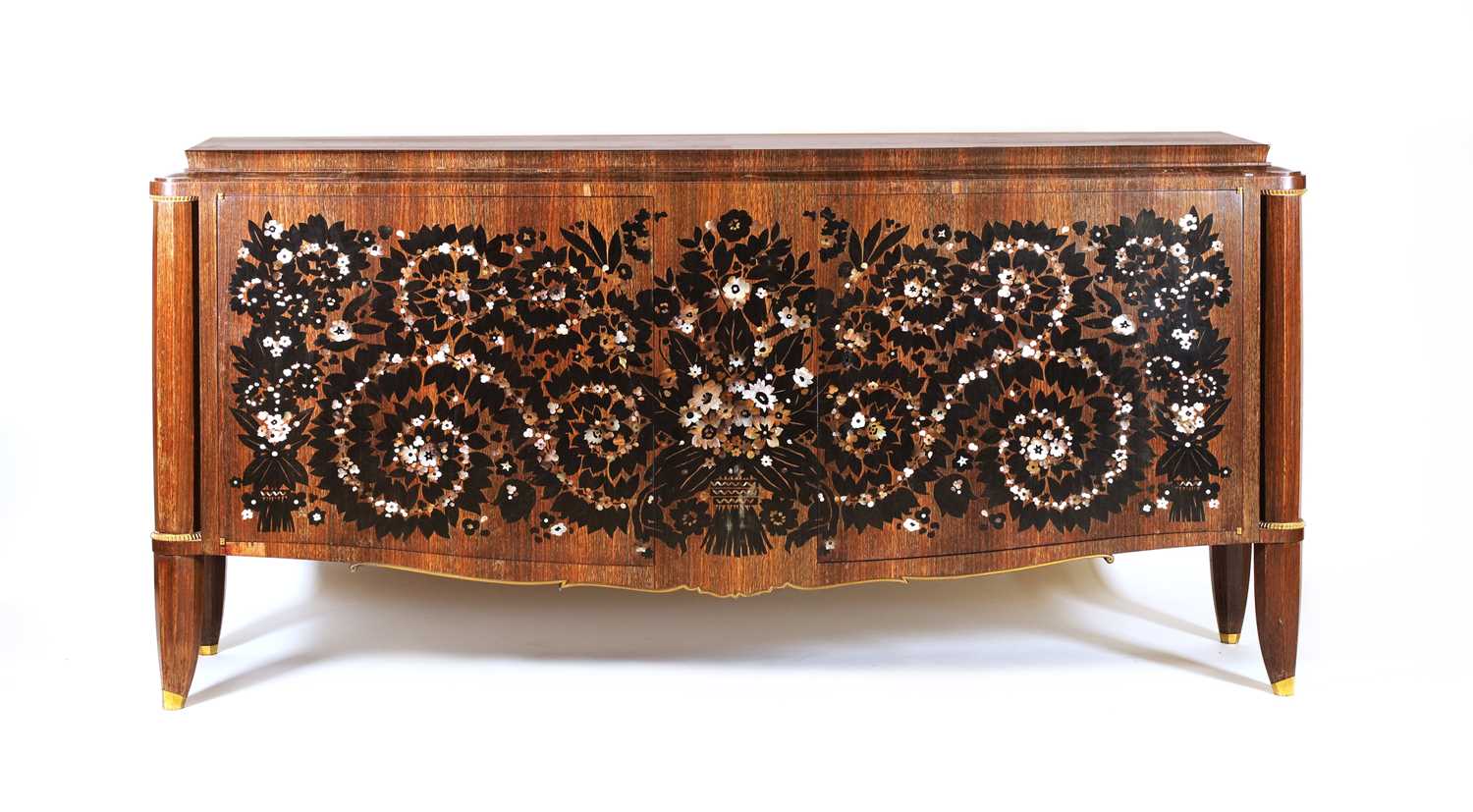 Born into a family of artisans and artists in Boulogne-sur-Mer in Northern France, Jules Leleu was one of the fathers of French Art Deco design. He exhibited at the prestigious ‘Exposition des Arts Decoratifs’ in 1925, the event that gave Art Deco its name and designed the chairs for the Grand Salon and the Music Room. His commissions included the ocean liners Ile de France and the famed and ill-fated Normandie. Others include a dining room for the Elysée Palace, and the Grand Salon des Ambassadeurs at La Societé des Nations in Geneva, called the Salon Leleu.

Viewers can expect to see the following pieces from the collection –

A ‘Feux d’artifice’ (Fireworks) pattern rosewood and marquetry cabinet and commode. Inlaid in ebony and mother-of-pearl marquetry and applied with gilt bronze, these bear comparison with the better-known work of contemporary Émile-Jacques Ruhlmann. 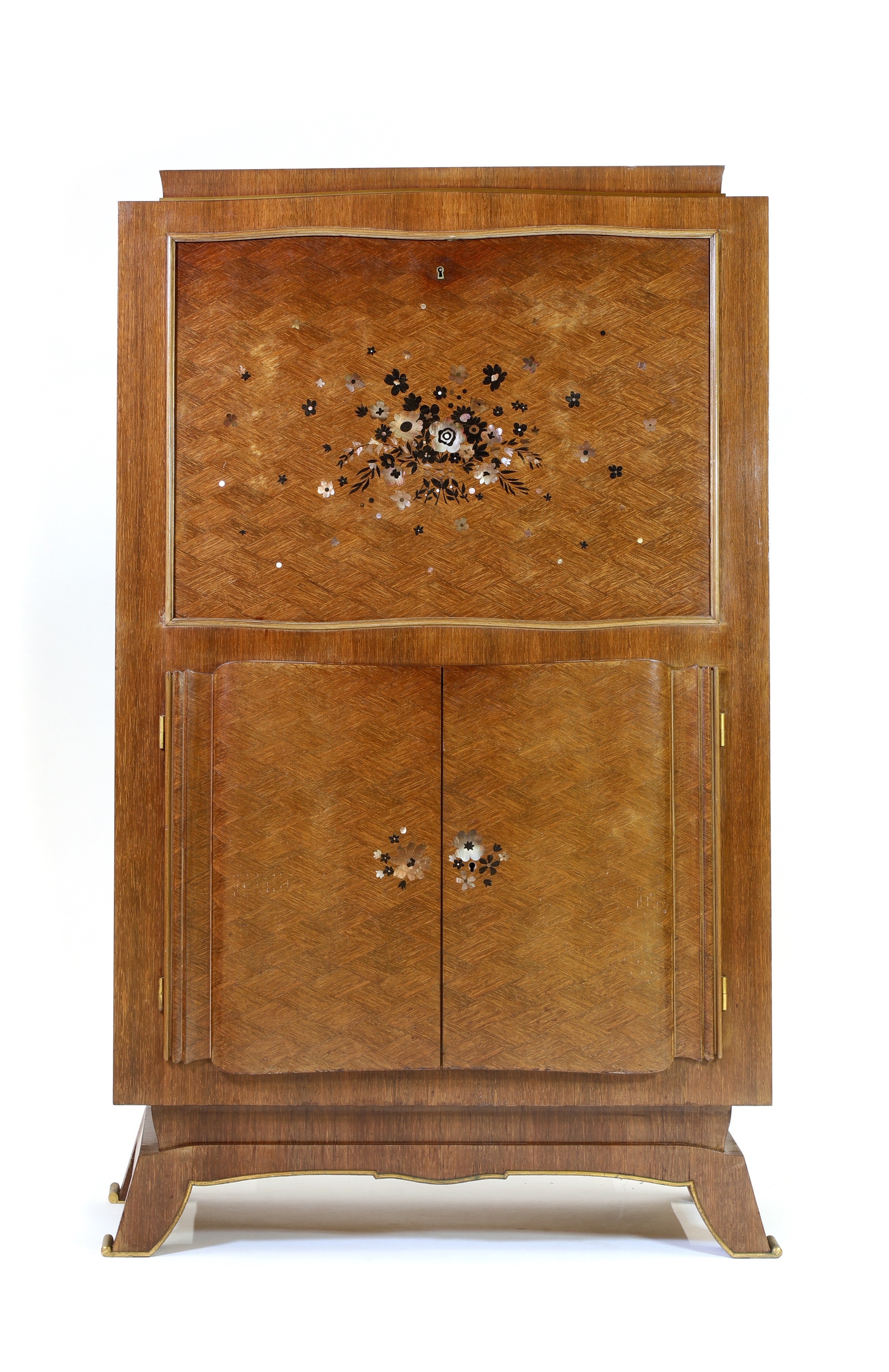 Similar in style is a fully signed cocktail cabinet, the most recognisable of all Art Deco furniture forms, that is inlaid with rosewood parquetry veneers and a bouquet of flowers in ebony and mother-of-pearl. Another star lot is a complete mahogany dining suite comprising a table, eight chairs and a monumental sideboard set with stylised floral gilt bronze mounts.

Click here to browse and bid in our Design sale