Is this The Real Puss in Boots?

Just in time for pantomime season, we can announce the sale of a rather unusual souvenir relating to Richard ‘Dick’ Whittington (1354-1423). While not quite the Puss-in-Boots of theatre fame, it is a mummified cat.

The story goes that this macabre survivor was found in 1949 when an unsuccessful attempt was made to find the tomb of the real Dick Whittington. The three times mayor of London is known to have been buried at St Michael Paternoster Royal, College Hill although the old church was destroyed during the Great Fire of 1666 and rebuilt by Sir Christopher Wren. 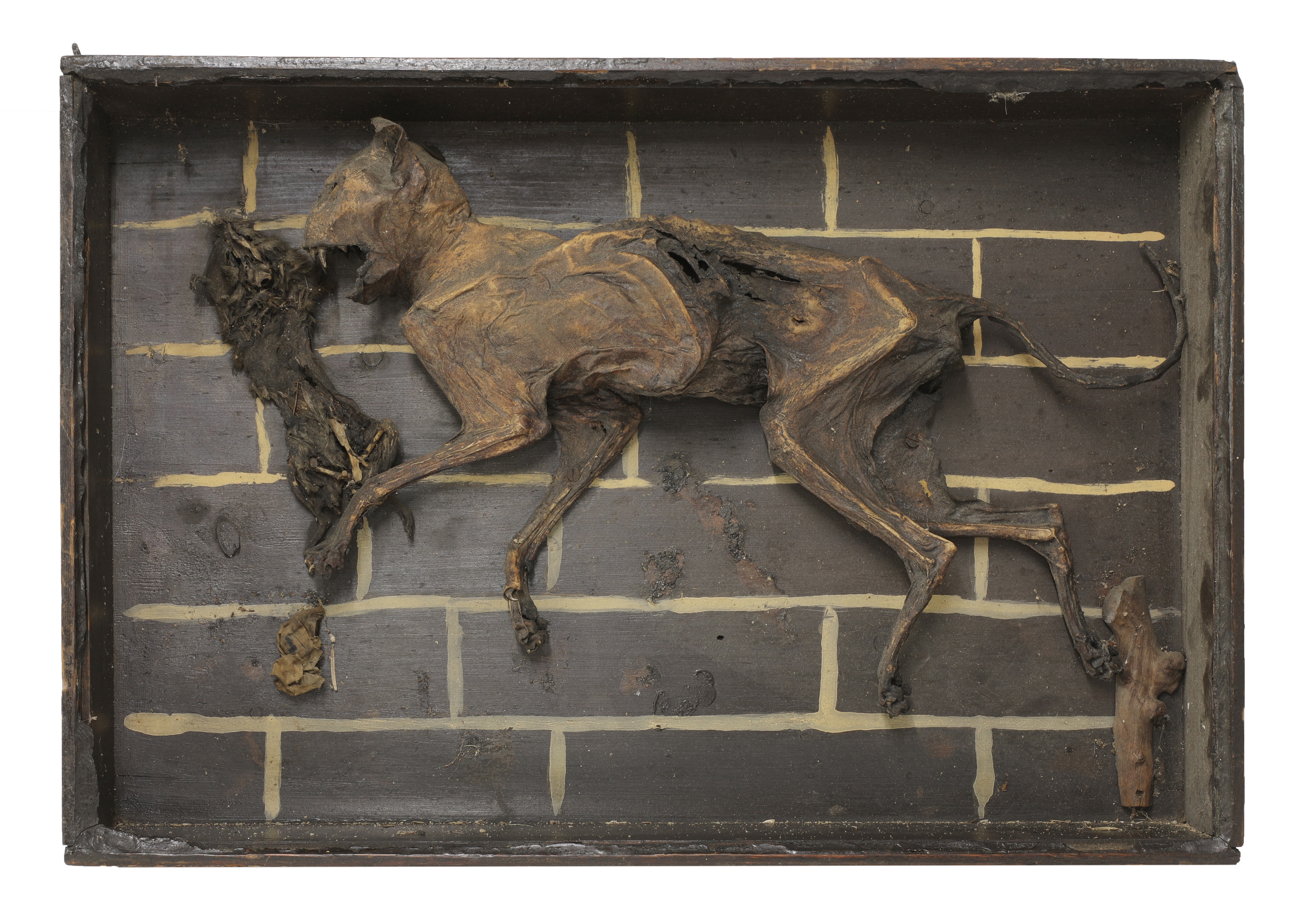 Naturally mummified cats were a common feature of medieval buildings: they were incorporated in the foundations of a building to ward off evil spirits and bring good luck to the inhabitants. This example, that may indeed be from Whittington’s time, was on display at the Whittington & Cat public house on Highgate Hill, London - and featured in the television program 'Living Legends' with Magnus Magnusson in 1979 - before it was given to the vendor by the landlord.

Housed in a wooden case together with a mummified rat, it will be offered for sale in the New Year as part of our annual Out of the Ordinary extravaganza, with an estimate of £2,000 - 3,000.

Also on the Dick Whittington theme, an original Art Deco pantomime theatre poster for a pantomime in the 1930s is guided at £150-200. 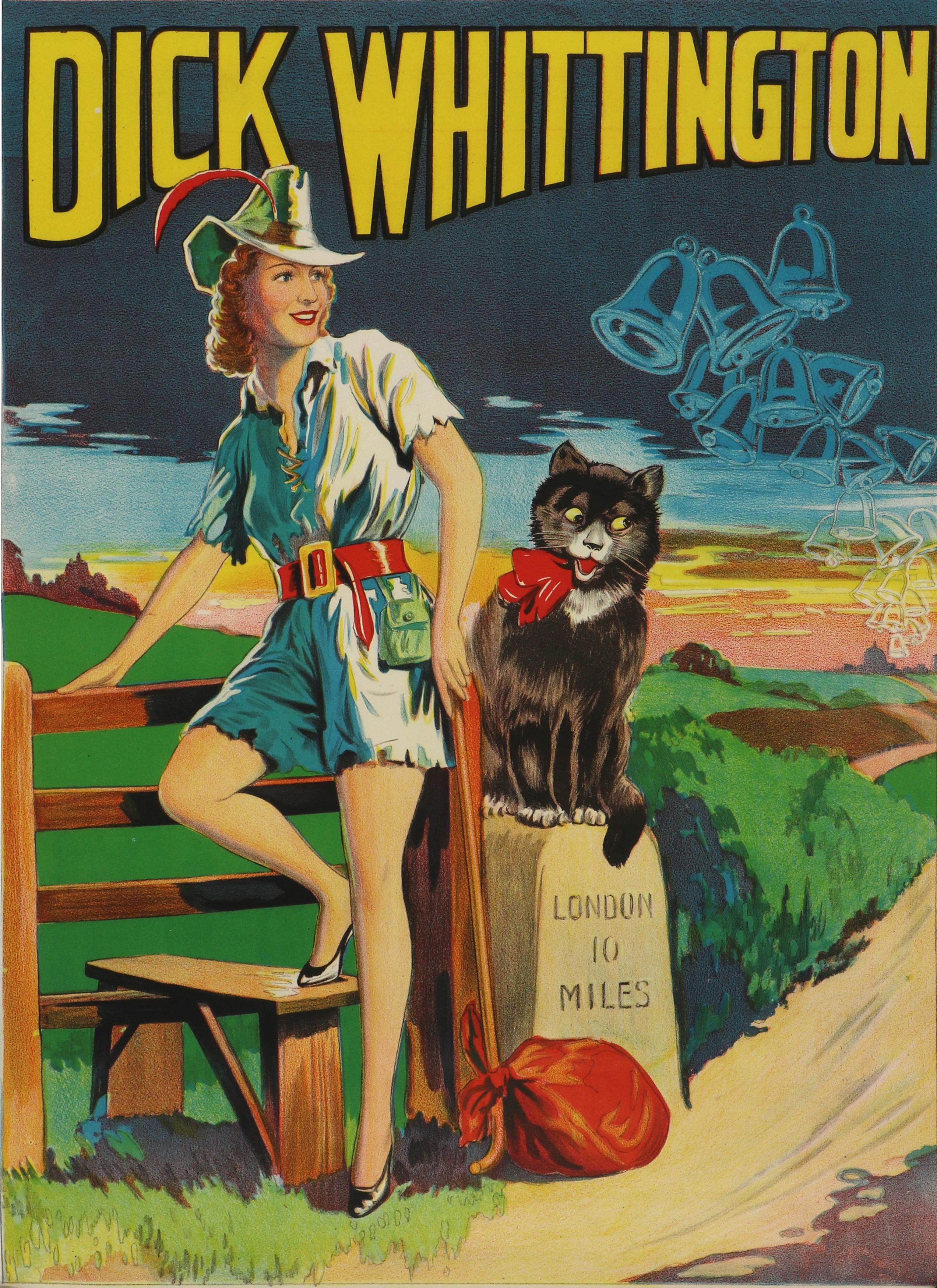 Richard Whittington's fame in his lifetime (and the fortune he left to charity)  made him well known and his story was much embellished and adapted for the stage as early as 1604. By the 19th century, this had become popular as a pantomime which tells how Dick, a boy from a poor Gloucestershire family, sets out for London, accompanied by his cat. At first, he meets with little success and is tempted to return home. However, as he leaves the city, he hears the Bow Bells ringing and believes they are sending him a message to turn around and seek his fortune.