Rare Poster To Feature In The London Auction

An original poster with the apposite message Keep Calm And Carry On comes for sale on December 15 as part of The London Auction. The rare Second World War poster with a ‘stiff upper lip’ slogan well-suited to 2020 is expected to bring between £7,000-10,000.

An original poster with the apposite message Keep Calm And Carry On comes for sale on December 15 as part of our The London Auction. The rare Second World War poster with a ‘stiff upper lip’ slogan well-suited to 2020 is expected to bring between £7,000-10,000. 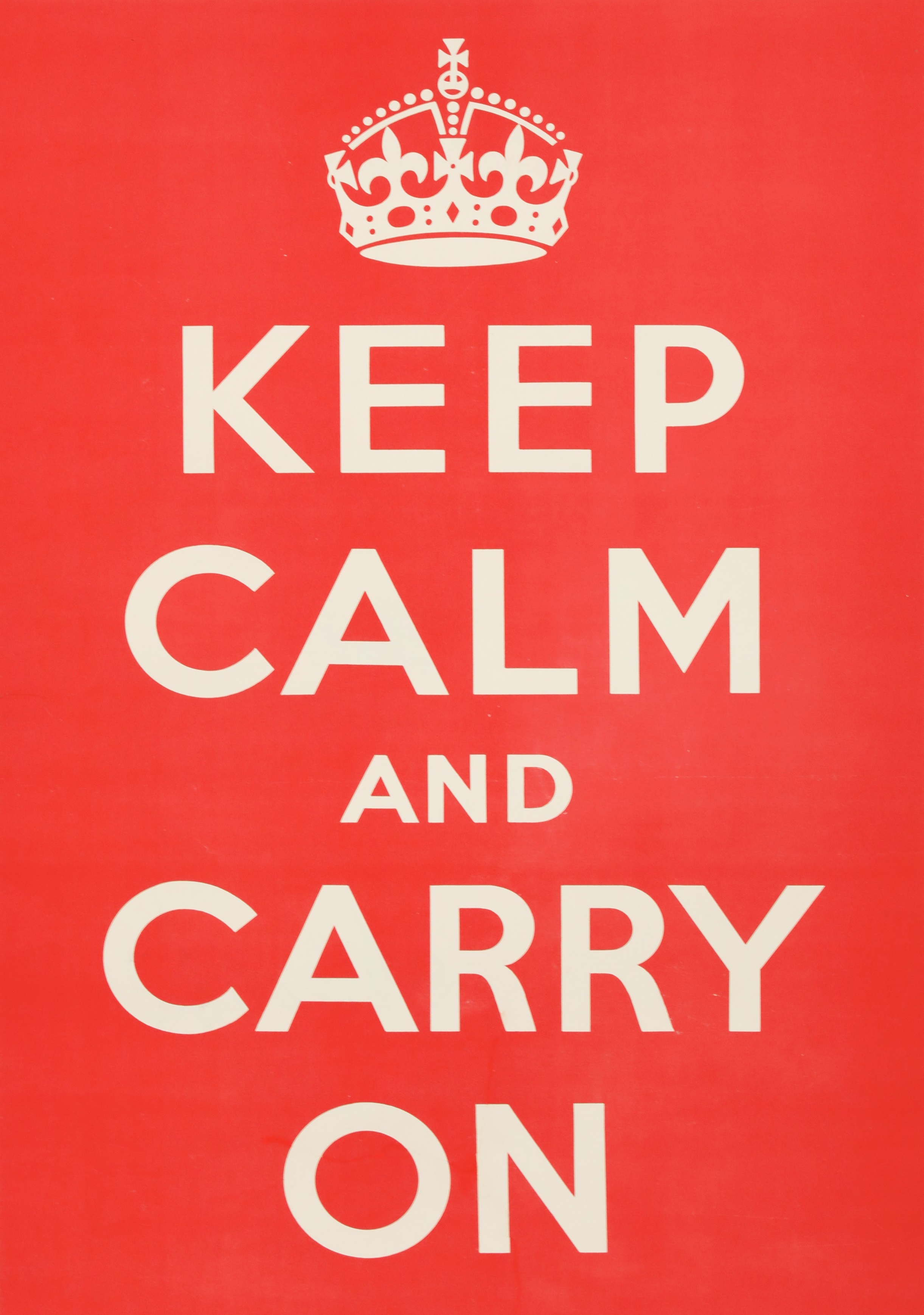 The simple white on red letterpress poster, designed by the Ministry of Information in July 1939 and printed by HMSO in September 1939, has become one of the most famous propaganda icons of the Second World War although it was never authorised for use at the time. While two other similar ‘Home Publicity’ posters Freedom is in Peril; Defend It With All Your Might and Your Courage, Your Cheerfulness, Your Resolution; Will Bring Us Victory were displayed in public places Keep Calm was held back in anticipation of an invasion by the enemy or a severe air raid. As the so-called ‘Phoney War’ period between September 1939 to May 1940 proved largely uneventful for the Home Front, the poster was never used.

As many as 2 million copies were originally printed in 11 different sizes but only a tiny fraction appear to have survived. In fact, the poster was little known until a copy was rediscovered in 2000 with others coming to light since. It has been re-issued by a number of private companies and has been used as the decorative theme for huge quantities of merchandise.

Only a handful of original examples have appeared for sale. This example, that comes for sale from a collector, is in the larger ‘double-crown’ format measuring 75 x 50cm.