The Influence of Classical Art on the Modern European Decorative Style

Classical art and architecture, with its extraordinary precision and astounding scale, has been enjoyed, exalted and emulated more or less consistently for the last two and a half thousand years, and has been responsible for many aesthetic movements and revivals... 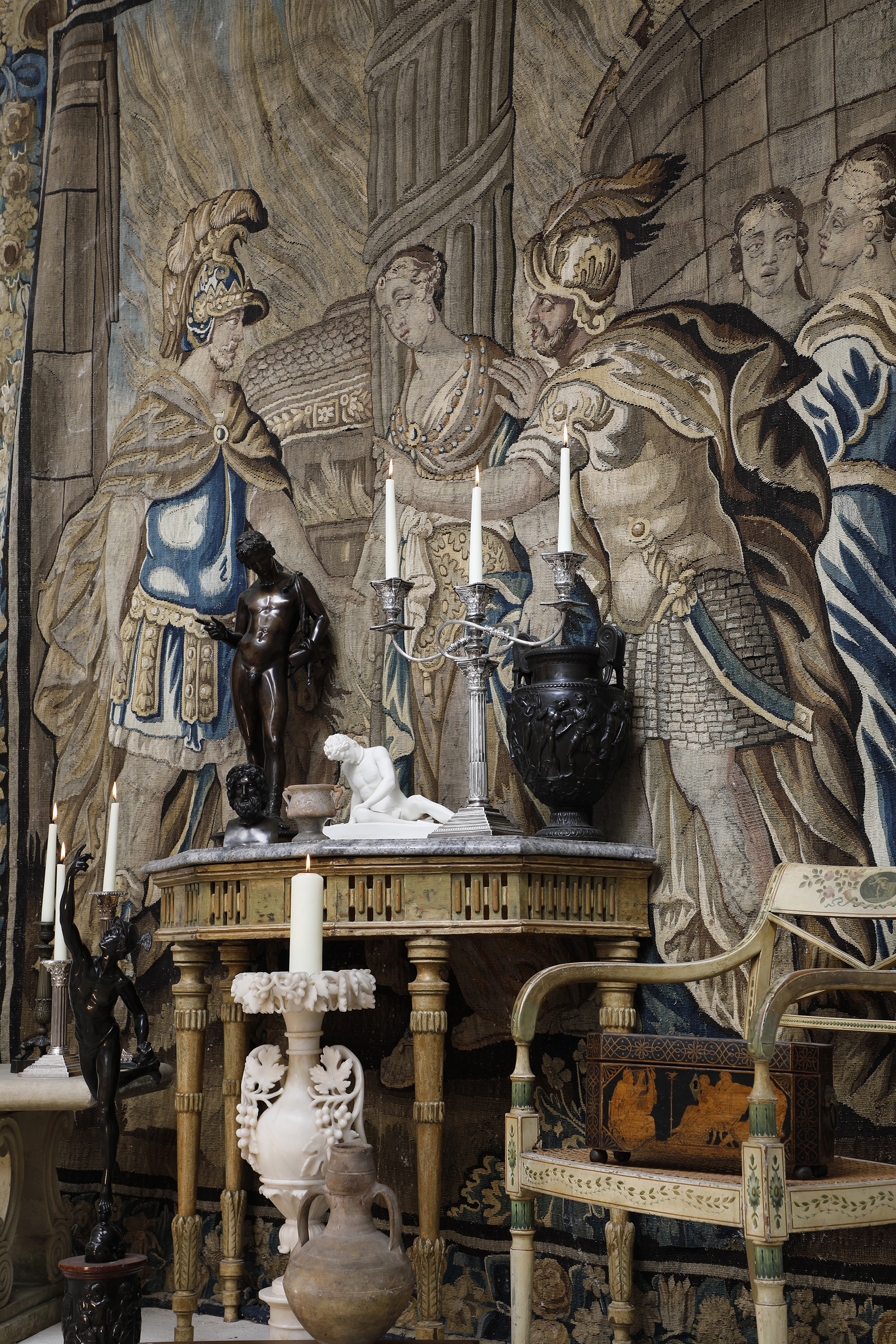 Classical art and architecture, with its extraordinary precision and astounding scale, has been enjoyed, exalted and emulated more or less consistently for the last two and a half thousand years, and has been responsible for many aesthetic movements and revivals. In particular, since the Renaissance, classicism has been arguably the greatest source of inspiration for artists, architects and designers in the West, to the extent that many of the antiques in our homes and, more specifically, in this catalogue, bear the columns of Greek temples, the acanthus motifs of ancient friezes and capitals, or indeed are copies after famous sculptures.

While the appreciation of the classical world was by no means a new thing in the fifteenth century, there was a renewed and comprehensive focus on its history and moral philosophy by the people of the increasingly autonomous Italian city states, who believed that an understanding of government, the law, commercial transactions and oratory was the hallmark of a politically-active citizen. Assuming that medieval scholarship did not provide useful examples of rhetoric or moral philosophy, the humanists, who represented a new school of thought which sought to remedy the lack of focus on the ancient world in the years succeeding the fall of Rome, turned to the classics. In Cicero, Quintilian, Sallust, and Livy, they found their rhetorical models, their historical examples, and their moral lessons.

Although the focal point of classicism in the Renaissance was primarily literary, the continued enthusiasm for ancient Greece and Rome stoked a new appreciation for its art; the sculpture and architectural fragments, many of which were being unearthed during the excavation of ancient sites, provided new inspiration for artists and architects. Of course, throughout the world the Renaissance is synonymous with the likes of Leonardo Da Vinci, Raphael, Michelangelo, as well as architects like Filippo Brunelleschi and a plethora of other masters, all of whom studied at length these newly found treasures, in order to glean the minutiae of classical proportion and form so as to be able to replicate them in their own work. It is doubtless that the countless masterpieces produced during this period are part of the reason that the ancient visual arts remained so popular in the centuries that followed, by intertwining the ancient myths with the zenith of human creativity, further embedding them in popular culture and influencing generations of artists to come.

Following a relative departure or in some cases a digression from classicism, with its clean lines and symmetrical forms, throughout Europe in the late sixteenth and seventeenth centuries, there was a marked return to the aesthetic, philosophical and political ideals of Greece and Rome in the eighteenth century, through opposition to what some saw as the pomp and indulgence of the baroque and rococo, as well as the discovery of the ancient site of Herculaneum and the huge popularity of the Grand Tour, a sojourn on which wealthy young Europeans would embark as a means of cultural and artistic education, and as such would come into contact with and become enamoured with classical and Renaissance art. They would have the opportunity to purchase antiquities, copies and keepsakes, which would adorn their homes, serving as tangible evidence of their sophistication and intellect. The current fashion for plaster fragments and marble busts in the modern interior is based in large part on the Grand Tour.

As a consequence of the rejuvenated appreciation of classical art and architecture, not only were some of the finest and most important European collections of antiquities formed during this time, but the neoclassical style, which dominated building and furniture design for the second half of the eighteenth century, was born. Buildings influenced by Andrea Palladio’s designs of the 1500s, themselves based on Roman examples, appeared across Europe, and this influence can be seen today in many of the notable civic buildings and stately homes throughout the country and indeed the Continent. Of course, the owners of such grand abodes needed equally splendid objects with which to furnish them, and the prominent silversmiths, painters and cabinetmakers of the day, who had harnessed the finesse and ornament of popular classical forms in their work, were well suited to do so. 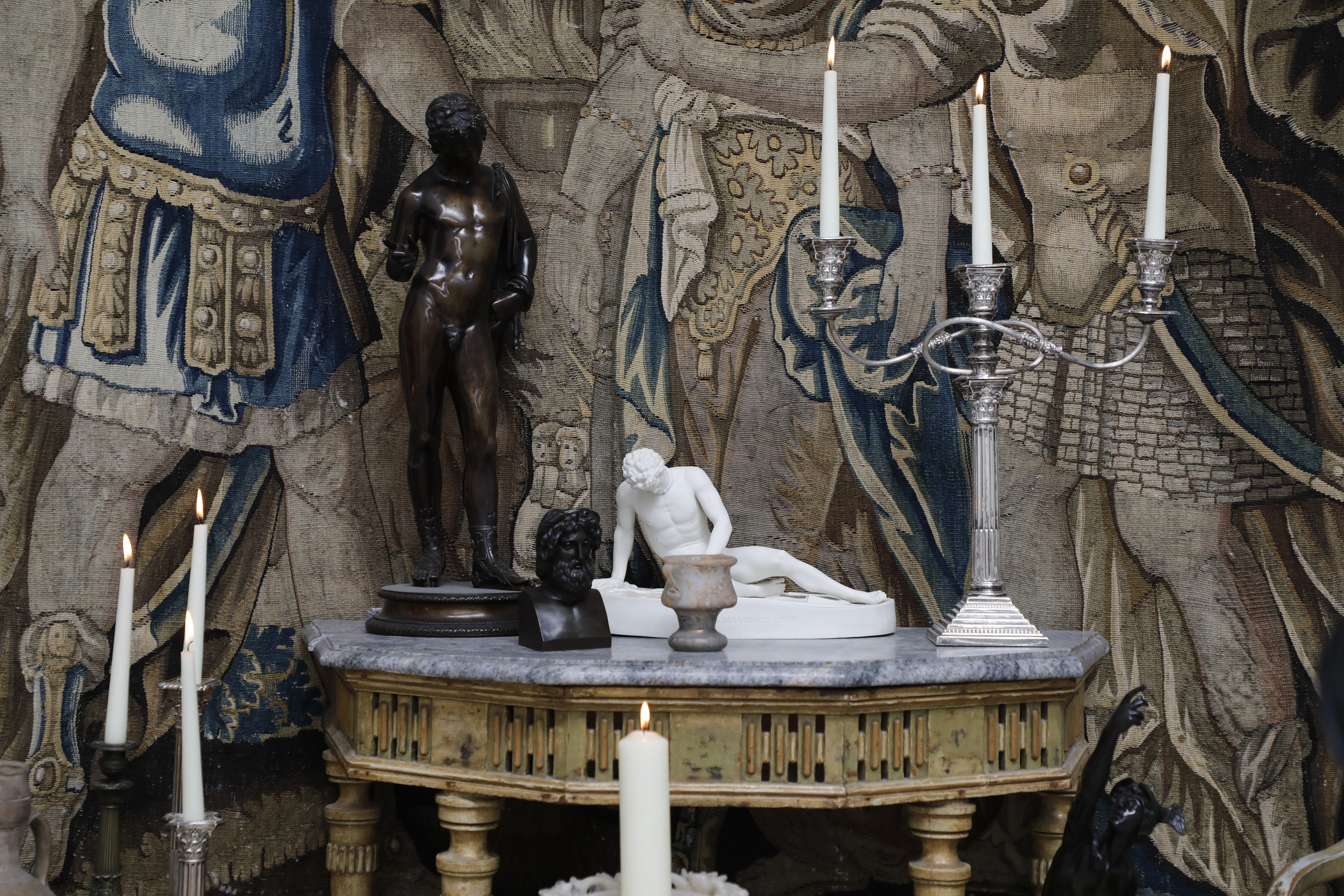 Furniture makers, such as Robert Adam, Thomas Chippendale, Thomas Sheraton and George Hepplewhite, among many others, conceptualised and created elegant pieces which utilised the swags, festoons, fluted columns and other decorative motifs of Greece and Rome, either in carved form or applied in paint. Neoclassicism found popularity elsewhere in Europe also. For example, the furniture produced in France under Louis XVI echoed the rectilinear simplicity of ancient architecture, as were those pieces made in Sweden during the reign of Gustav III; the Gustavian style, in particular, often painted in muted tones, has found popularity in the contemporary minimalist interior.

As well as the continuation of the Greek and Roman visual arts, the appreciation of the ancient world took new and innovative forms in the beginning of the nineteenth century; with the Regency style in Britain, and that of the Empire in France, Egyptian forms were replicated and reinterpreted by the likes of Thomas Hope, who through the Grand Tour had gained, as well as many of its treasures, valuable knowledge of antiquity, which he transferred into designs of revivalist metalwork, furniture and interior schemes – the rooms that he dedicated to the varying ancient epochs in his house in London’s Duchess Street are considered to be some of the most inventive of the period.

The designs of the great names of the eighteenth and early nineteenth centuries, based on the Greek and Roman visual arts, have been considered by many to be the benchmark of conventional taste from their conception through to the modern day, and as such have been reproduced en masse. To see the effect of the ancient world in today’s decorative tradition, one need only look at the acanthus leaves and garlands which adorn the friezes and finials of a piece of Georgian furniture, the fine details of Grand Tour bronzes and Italian marbles, or the scrolling capitals of columnar candlesticks, proving that when it comes to interior style, classical will always be classic.

Currently on offer in our Modern & Contemporary Timed auction, Ernest Neuschul’s Nude is a striking example of the artist’s figurative oeuvre.