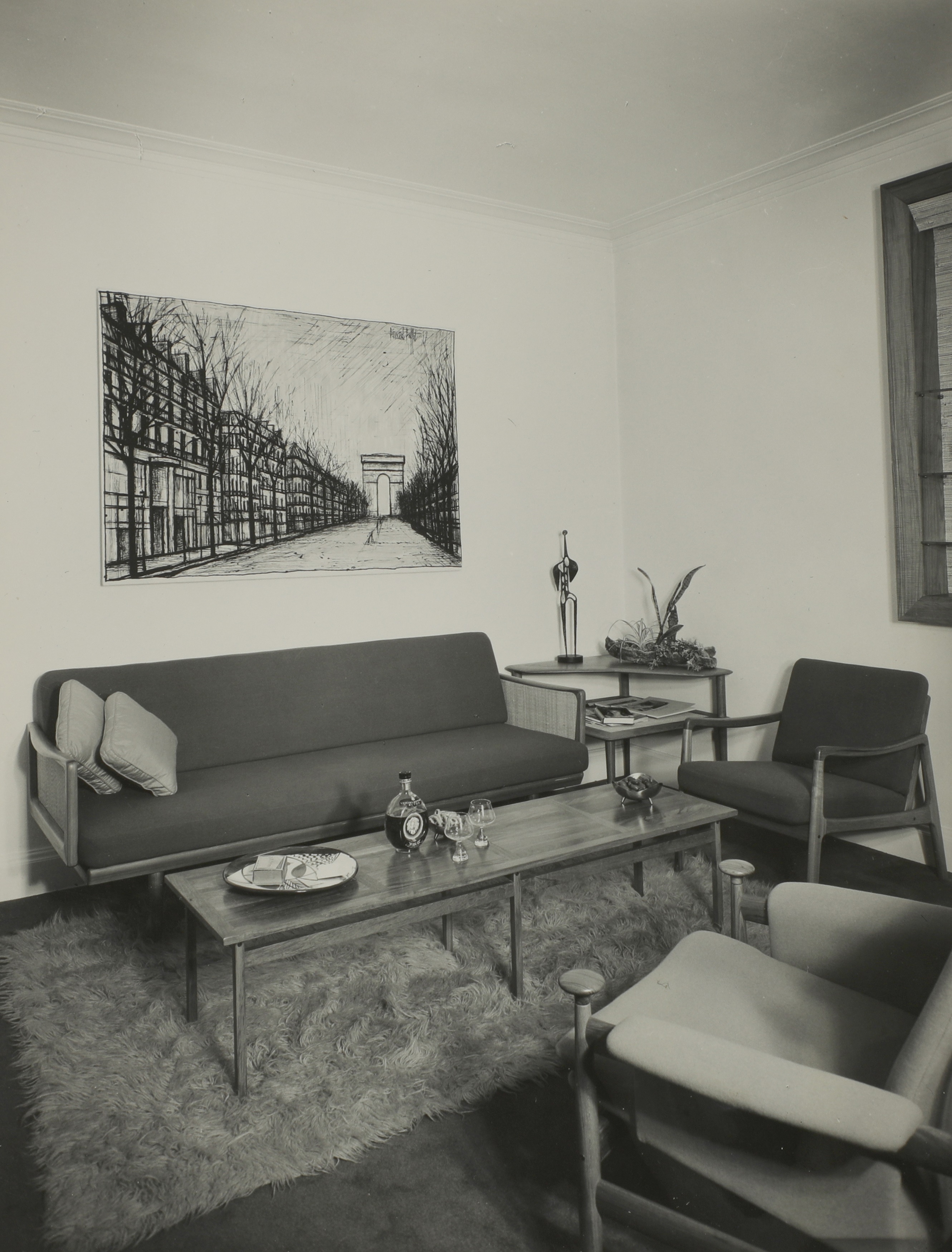 Kurt Heide was a German émigré who set up Oscar Woollens, the leading modern design store in North London in the 1960s.

After the war, he and his business partner, Walter Collins, having both been trained as cabinetmakers, were involved in the furniture trade and built up a client base in the Hampstead area. In the early 1950s, they were involved with interior schemes at the Festival of Britain and in shops in central London. The Oscar Woollens name came about when they acquired their first shop from a wool merchant called Oscar who had registered the name for his company, but had no use for it. With their skills and entrepreneurship, thus began over a decade of changing British post-war furniture tastes.

Persuading people to buy their well-designed furniture and a very personal service led to the expansion of their business to a furniture hire arm that supplied sets to films, including ‘Sunday, Bloody Sunday’ and ‘There’s a Girl in My Soup’, to high profile clients such as John le Carré. 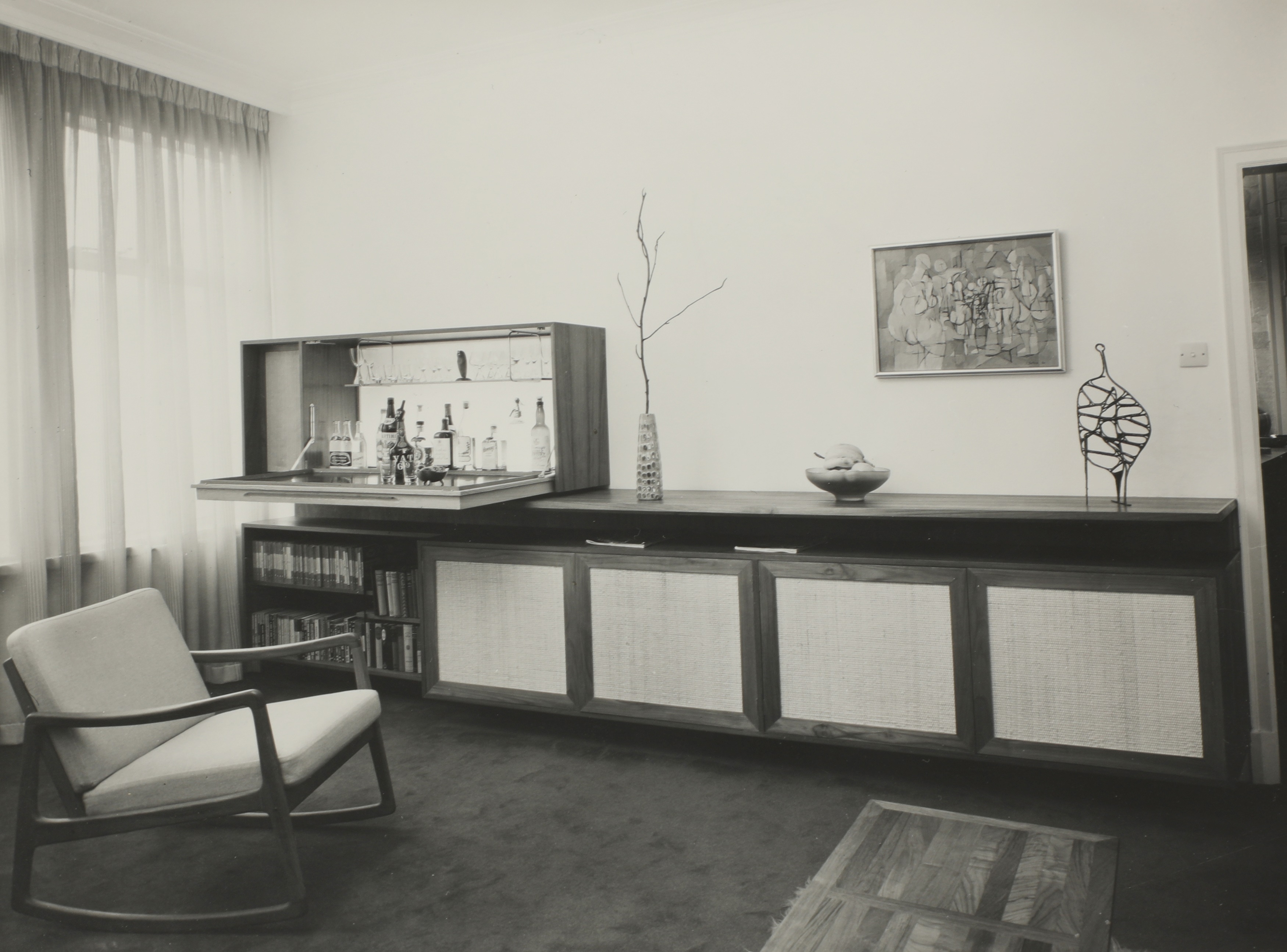 In 1968, Kurt married Nanna Ditzel, the Danish furniture and jewellery designer. Although somewhat known as Nanna’s husband, he was never in her shadow, and they collaborated together in setting up ‘Interspace’, a furniture company that designed modern furniture for British and Danish companies.
The furniture and photograph lots for sale in this auction were in the collection of Kurt Heide’s family, whose daughter, and subsequently granddaughter, lived in his flat in North London after his death in 1985. Photographs of the interior of the flat appeared in the Ideal Home Magazine in 1962, with furnishings being installed by France and Sons. The large cabinet (lot 340) was a bespoke piece fitted for the flat, which was only removed this spring.

The photographic archive will, I’m sure, be of huge interest to interior designers and furniture historians of the future, looking back at over sixty years of inspiring interiors.