Born in 1846 in the city of Nancy, a hive of activity for French art, Émile Gallé became one of the most renowned figures allied with this area. Raised into the beginnings of a glass business started by his father Charles Gallé, the material was never a mystery to him and encouraged by his entrepreneurial parents he benefited from a wide education and studied a multitude of subjects. Undeniably, the Natural Science tuition under the respected Professor GA Godron had the greatest significance, giving Gallé his first in-depth experience with botany and the natural world leading to a style later which became a brand-like status of his work. Travels led Gallé to Germany where he completed the technical understating of glass production during time spent at the Saar glassworks.

The Franco-Prussian War of 1870 led Gallé and his father to London, during his time he experienced what was to become the Victoria & Albert Museum and Kew Gardens. It was on his return, after further years of travel, that Émile Gallé took over the family business in 1874. First instructing all workshops to be brought back to Nancy within close proximity of their family home. And thus starting a 30-year career leaving an impact on the art world internationally and becoming synonymous with the École de Nancy. 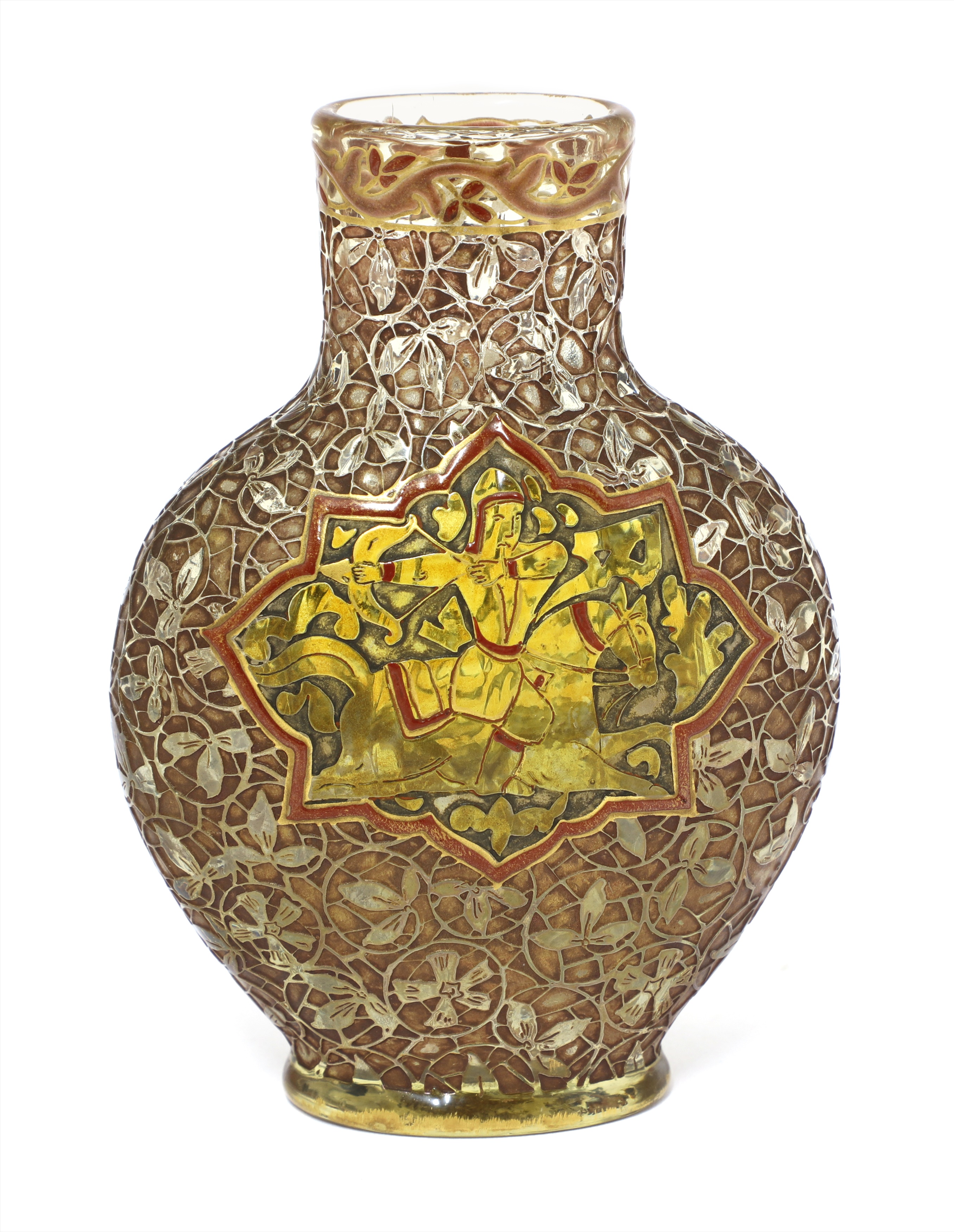 Offered in Sworders’ 10th and 11th March Fine Interiors sale is an exceptional piece of Gallé’s early work. The Persian-style décor is iconic of the varied output of the late 19th Century using various international styles coalesced with the naturalistic and sinuous characteristics which embody his glass. Examining the signature gives an indication of the attention to detail, allowing the scrolled lettering to sit harmoniously within the foliate design, a feature lost in later floral cameo pieces produced in larger numbers. 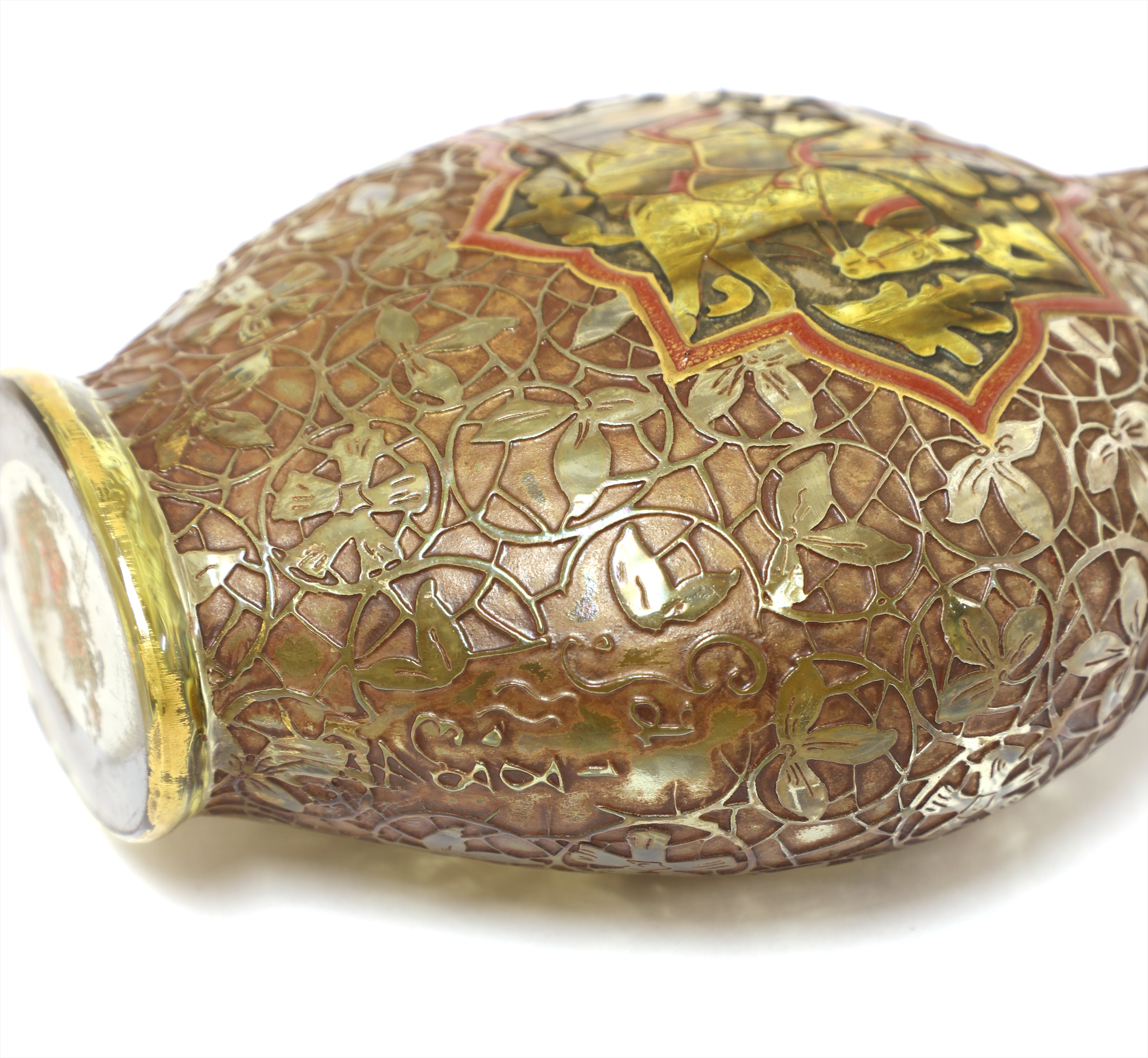