We are pleased to announce the discovery of a previously unrecorded oil sketch by John Constable RA (1776-1837). The view of Dedham Vale, that includes a windmill owned by his father, will be offered for sale in our Fine Interiors Auction on Tuesday 8 & Wednesday 9 December 2020 with a guide of £100,000-150,000.

We are pleased to announce the discovery of a previously unrecorded oil sketch by John Constable RA (1776-1837). The view of Dedham Vale, that includes a windmill owned by his father, will be offered for sale in our Fine Interiors Auction on December 8-9 with a guide of £100,000-150,000.

The 26.5 x 43.5cm (10½ x 17¼in) painting, Dedham Vale with Brantham mill and haystacks, c.1809-10, had hung in a London townhouse for many years. One of the big London auction houses had previously dismissed it as a copy without investigation and it was not until Sworders’ London office visited and saw the quality, that the painting’s true identity was uncovered. Pictures specialist Sarah Flynn deemed it worthy of further research and took it to Anne Lyles, the world-renowned authority on the art of John Constable. She later declared it ‘an exciting new discovery’.

The most famous representation by Constable of this particular panorama is the picture titled Dedham Vale, Morning which he exhibited at the Royal Academy in 1811.

Constable made a number of preparatory oil sketches for this composition, which - like the final picture itself - show the distant towers of various local churches in the distance. These, say Anne Lyles, are often indicated by simple white flecks of paint. 'This is his personal shorthand for showing their position in the landscape as well, no doubt, as to show the way they catch the light depending on the time of day and position of the sun.' 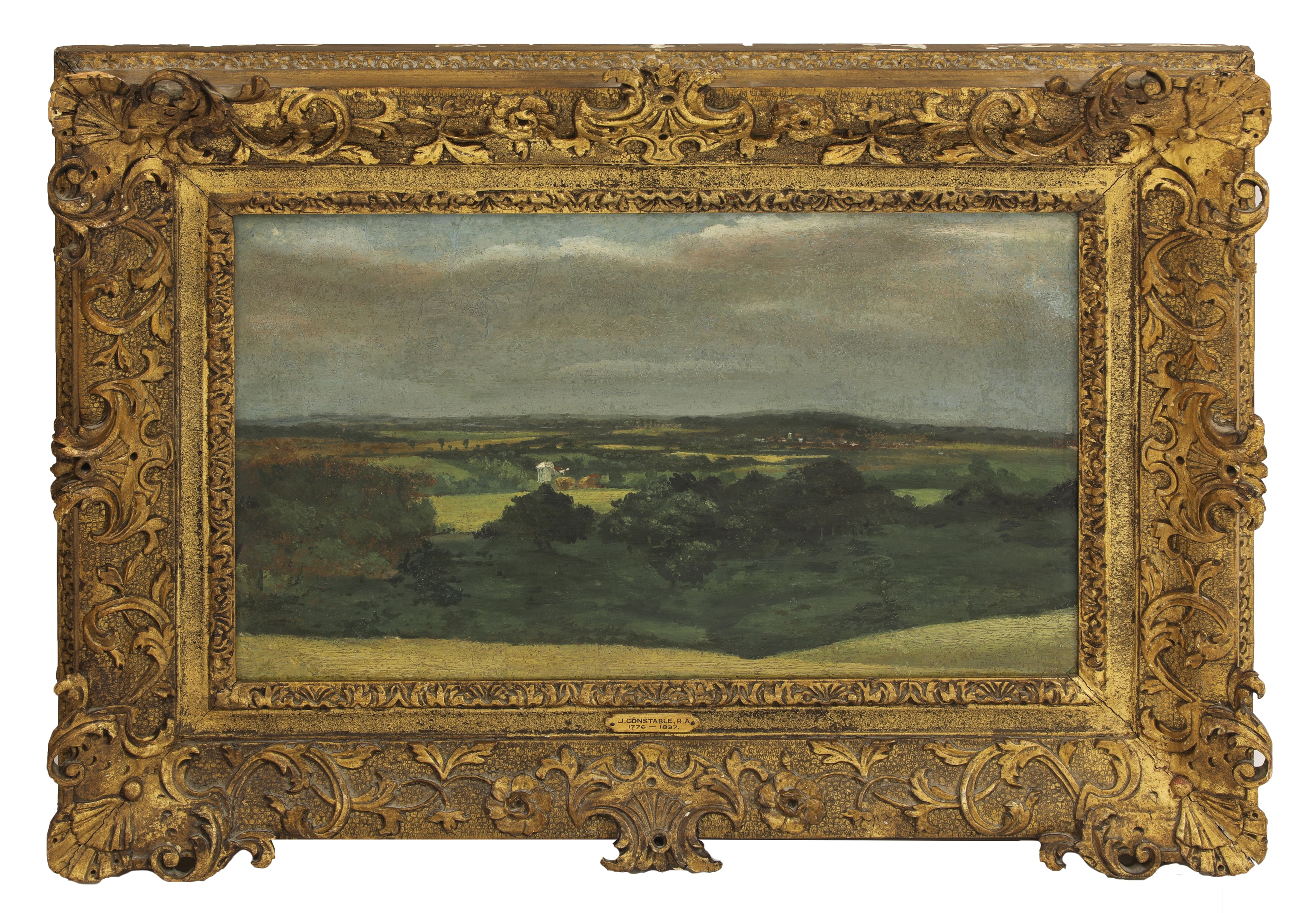 This oil sketch, dated by the stylistic handling and the use of millboard as a support to c.1809-10, shows the distinctive tall tower of Dedham Church in the far right hand distance. This particular viewpoint is probably the furthest east that Constable ever painted Dedham Vale, and it brings a weatherboarded windmill at the village of Brantham into the middle distance.

Windmills frequently caught Constable’s attention as potential subject matter for his art. In this case, there appears to be a family connection: his father Golding Constable, who owned the mills at Flatford and Dedham, also seems to have owned this windmill at Brantham.

The fact that the picture once passed through the hands of Leggatt Brothers points towards a likely provenance direct from a member of the Constable family. The dealers had a close link with the Constable family and handled a large number of sketches in oil, watercolour and pencil in the late 19th and early 20th centuries. The picture was later with the dealers Agnews and was sold in 1946 to Major AW Allen, an ancestor of the current owners.

‘It is the dream of every auctioneer to discover a picture by one of the greats of western art. Dedham Vale is intimately associated with Constable’s life but the inclusion of one of his father’s mills in this picture makes it a particularly personal image,’ said Sarah Flynn.

Receive A Notification When The Work Goes Live