Out of The Ordinary Results

In keeping with the title of the event, the inaugural Out of The Ordinary sale held on Tuesday 13 February met with some unexpected results.

In keeping with the title of the event, the inaugural Out of The Ordinary sale held on Tuesday 13 February met with some unexpected results.

Adding a little magic to proceedings was a group of objects on the theme of witchcraft. A 61 x 41cm oil on canvas copy of Witches going to their Sabbath - a well-known fantasy painting of broomstick-riding nudes by the late 19th century Spanish artist Luis Ricardo Falero - improved upon hopes of £300-500 to sell at £3,200 plus buyers premium. It was followed at £3,100 by a c.1890 lithograph depicting a topless sorceress at her cauldron. This 88 x 49cm print by an unknown Victorian artist was housed in a contemporary Arts and Crafts carved wood frame, delicately carved with the title 'Incantation'. 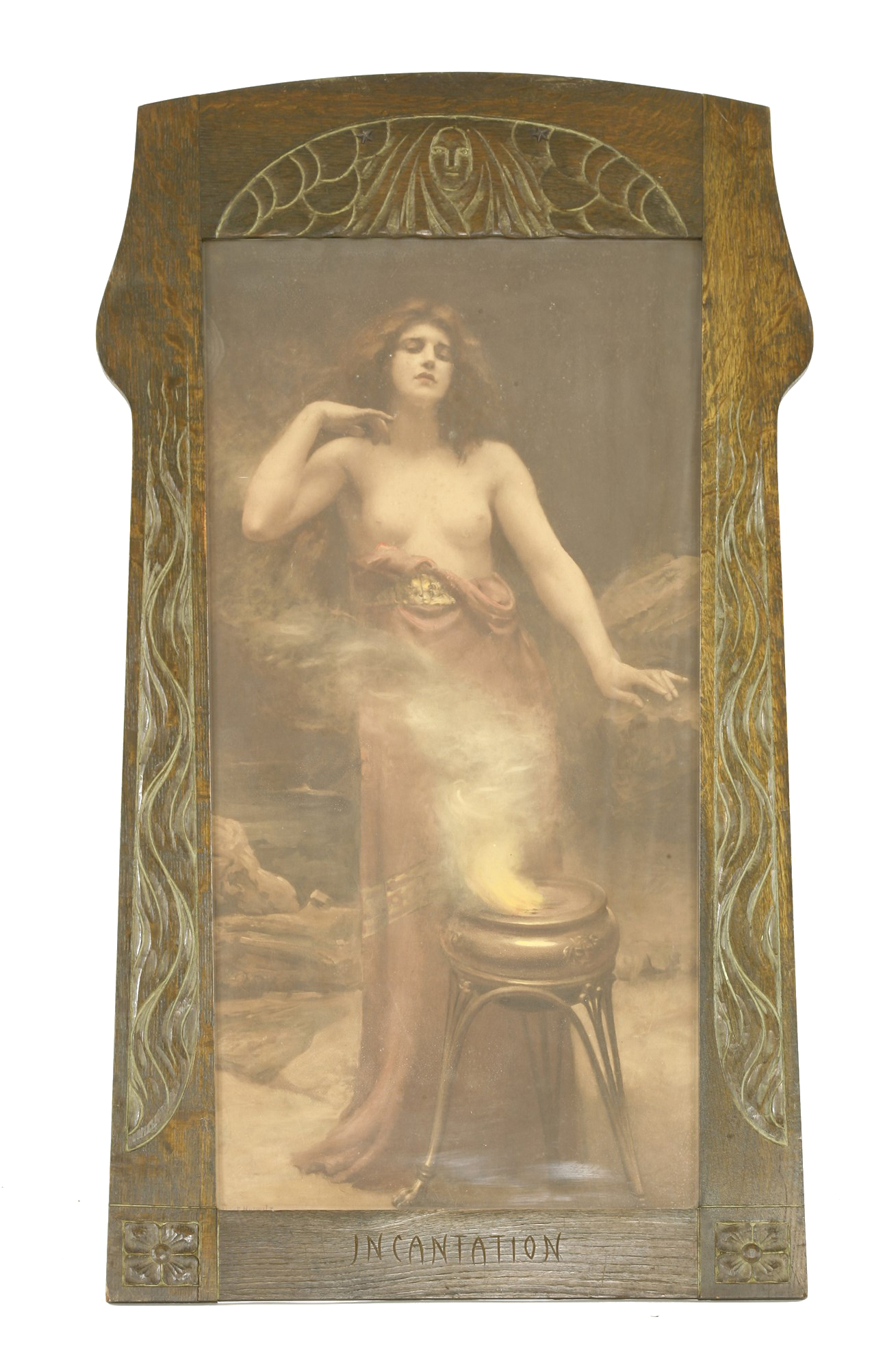 Incantation, a c.1900 lithographic print of a sorceress at her cauldron, sold at Sworders for £3,100 as part of the February 13 Out of the Ordinary sale.

The Out of The Ordinary sale was curated for Sworders by former Christie’s and Bonhams specialist Mark Wilkinson. Buyers warmed to the unusual, whacky and occasionally downright strange mix of pictures and objects.

A ‘Feejee mermaid’, a purporting to be the mummified body of a creature that was half mammal and half fish, sold well over expectations at £4,700. Such creations, fashioned from papier-mâché, wood, and a mix of bird, fish and mammal skeletal parts, were popular attractions at 19th century freak shows.

Unusual natural history specimens performed exceptionally well. Primrose Dame, an early 20th century taxidermy bulldog's head mounted by Rowland Ward took £2,200 while the femur bone of a dodo took £3,800. This lot, from the collection of extinction specialist Errol Fuller, was one of the group of dodo bones discovered in 1885 during the investigation of the Mare aux Songes swamp in Mauritius by the local schoolmaster George Clarke.

The femur bone of a dodo, sold at Sworders for £3,800 as part of the February 13 Out of the Ordinary sale.

Entries are invited for the next ‘Out of The Ordinary’ auction to be held in February 2019. To find out more about the forthcoming sale or to discuss potential consignments please contact: