For the second time in as many sales, our forthcoming 20th Century Design auction will include a trademark ‘microgauze’ wall hanging by the British artist-weaver Peter Collingwood (1922-2008). However, unlike the piece from a Suffolk consignor which sold for £5,800 in May, the item up for auction on Tuesday 13 October comes from much further afield.

For the second time in as many sales, our forthcoming 20th Century Design auction will include a trademark ‘microgauze’ wall hanging by the British artist-weaver Peter Collingwood (1922-2008). However, unlike the piece from a Suffolk consignor which sold for £5,800 in May, the item up for auction on Tuesday 13 October comes from much further afield. 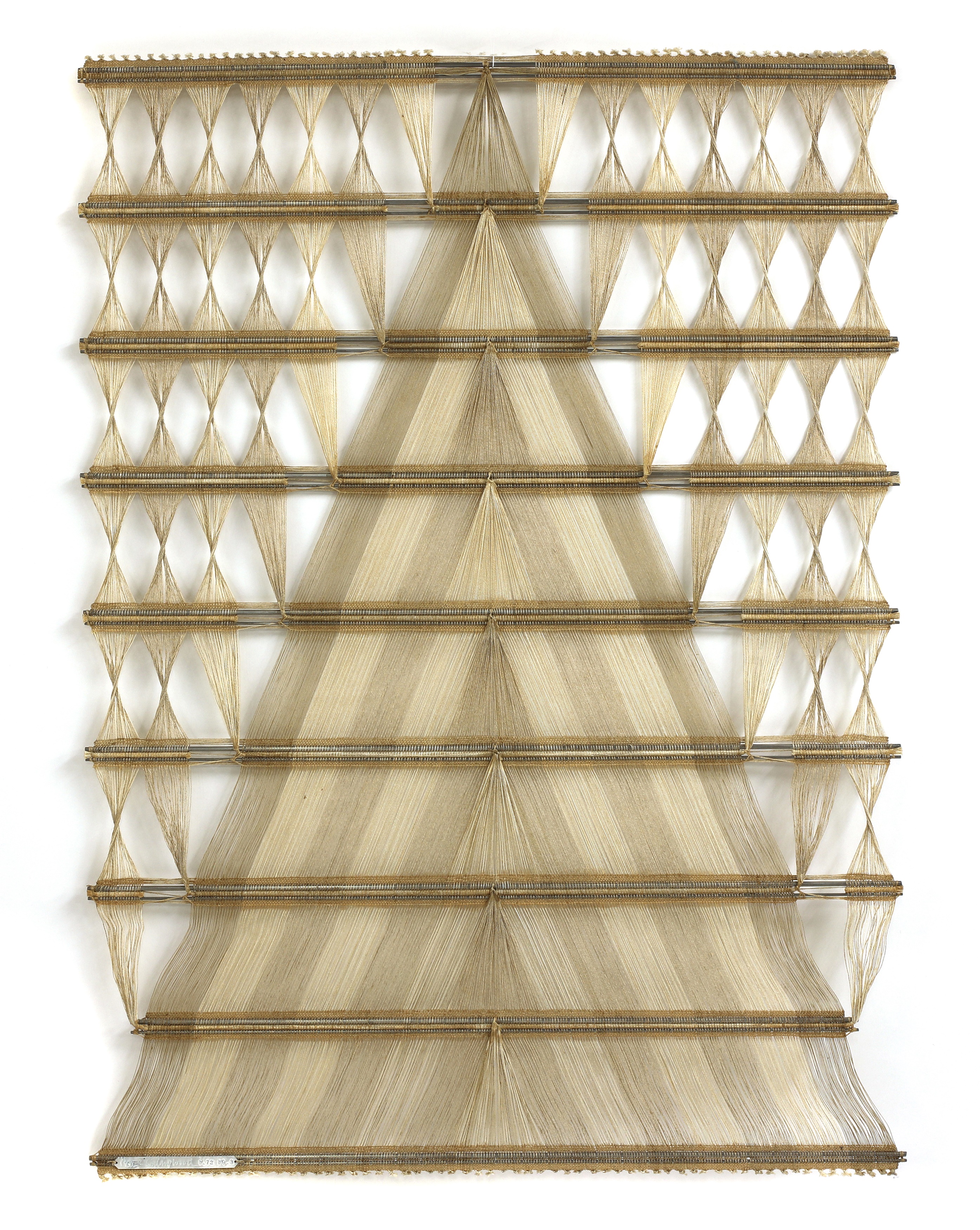 This relatively large wall hanging titled M.72 No.3, worked in cream linen threads around a steel frame, comes from a private collection in North Carolina. It was bought by the vendor’s parents directly from Peter Collingwood when he visited the state in 1983 and carries an estimate of £8,000-12,000.

The vendor recalls: “Peter came to Winston-Salem for several days in 1983, gave a talk about his work and a workshop about his weaving technique to the Fiber Guild & Sawtooth School for Visual Art. Mum, who was an accomplished artist in several mediums, helped to organize the event and afterwards, invited him to our home for dinner.”

She has not been aware of the growing market for Collingwood’s work before she read an article discussing the £5800 sale of the smaller weaving titled M.200. No.10 at Sworders in May.

The piece, measuring 83cm wide by 115cm high, will be sold with copies of handwritten letters discussing the commission. One dated 4/3/83 reads: 'Dear Steve and Yvonne, Your hanging is woven. It will cost about $20 to send surface, $25 Air Mail. You owe me $100 so please either send a cheque for $120 or $125. I will send it off. I remember your quiet & beautiful house with pleasure. Peter Collingwood.’

Collingwood was at the forefront of weaving for 50 years. His 3-D ‘microgauze’ hangings using linen thread and steel rods pushed forward the ancient craft of weaving to create the bold visual abstractions that are admired worldwide.

Although Collingwood is yet to achieve the sort of name recognition enjoyed by studio potters such as Lucie Rie or Hans Coper or the St Ives School of abstract artists, he moved in much the same circles. In 1952 he set up a studio at Archway in North London and sold his work in Liberty’s and Heals, before working at the Digswell Arts Trust in Hertfordshire (alongside Hans Coper) and from 1964 in Nayland near Colchester. Prices for his work have been rising. Record sums have been paid for Collingwood’s microgauze hangings across the past decade with the auction high currently standing at £22,500 for large and unique weaving from the 1980s sold in London in 2015.

For more information about the piece or the sale, please contact John Black