Peter Samuelson | An Artist Disinterested in The Art World

Peter Samuelson (1912-1996) was a painter with one commercial flaw, he was disinterested in the art world, hated dealers, and constantly tried to confuse anybody that might like to collect his work by signing ‘Pierre’ or signing back to front in mirror-writing. However, his marvellous and fantastical drawings captured the attention of friends and other admirers.

Samuelson was educated at Eton, but aged fifteen he asked to leave school. Instead, he spent several seasons with the Ballet Russe de Monte Carlo, sketching the dancers and improving his ability to capture movement, Samuelson wrote that ‘movement in the fingers comes from my own feeling for dance’. He then trained at the New York School of Fine Art in Paris, before moving to Holland to work as an illustrator for the Dutch Radio Times. In 2006, the Brewhouse Gallery, Eton College, held an exhibition of Samuelson's work called 'Still Life and Fantasy'.

Sworders Modern & Contemporary Art Timed Auction (5 - 21 November) offers a section of drawings and watercolours, in which we see Samuelson respond to music. His love of music and dance was lifelong, he was able to spend time watching orchestras recording for the radio and also attended performances, for example, there are drawings of Jurgen Hess (lot 92 above), who was a sessions musician for the Beatles and classical violinist. 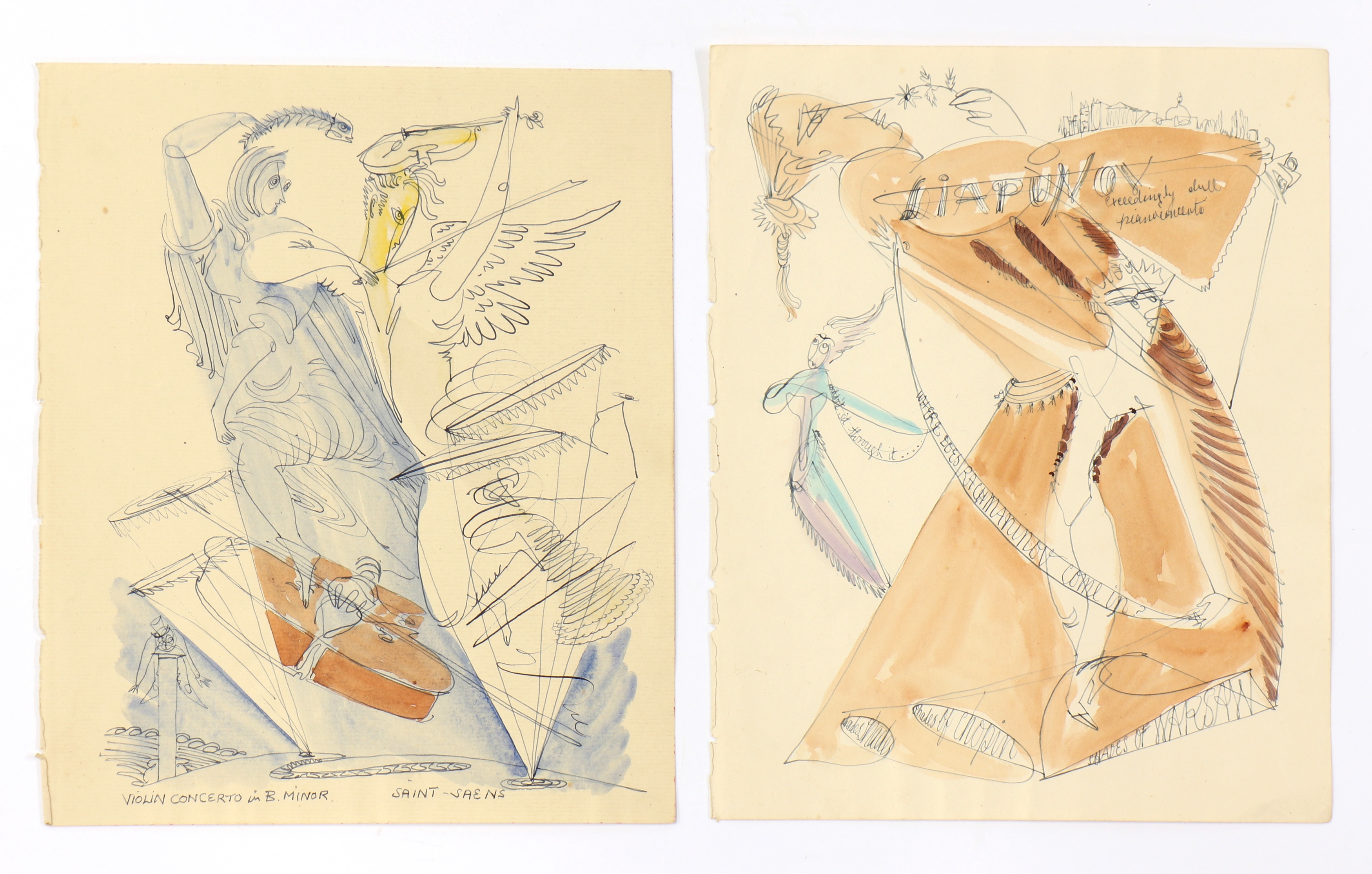 Also included are Samuelson’s ‘Musical Fantasies’, in his own words they are ‘always done under the immediate influence from the radio at speed, almost unconsciously, they are unashamed in their iconoclasm, with surrealistic elements unchecked.’ His earlier works included colour but he soon abandoned this for the ‘immediacy of line’. His opinions on great musicians and composers were strong, he loved Bach, Hayden, Schubert and Debussy. His drawings respond to certain concertos and composers and include humorous comments, for example, he writes of the Russian composer, Sergei Lyapunov - ‘exceedingly dull piano concerto’ (lot 90, part lot above). 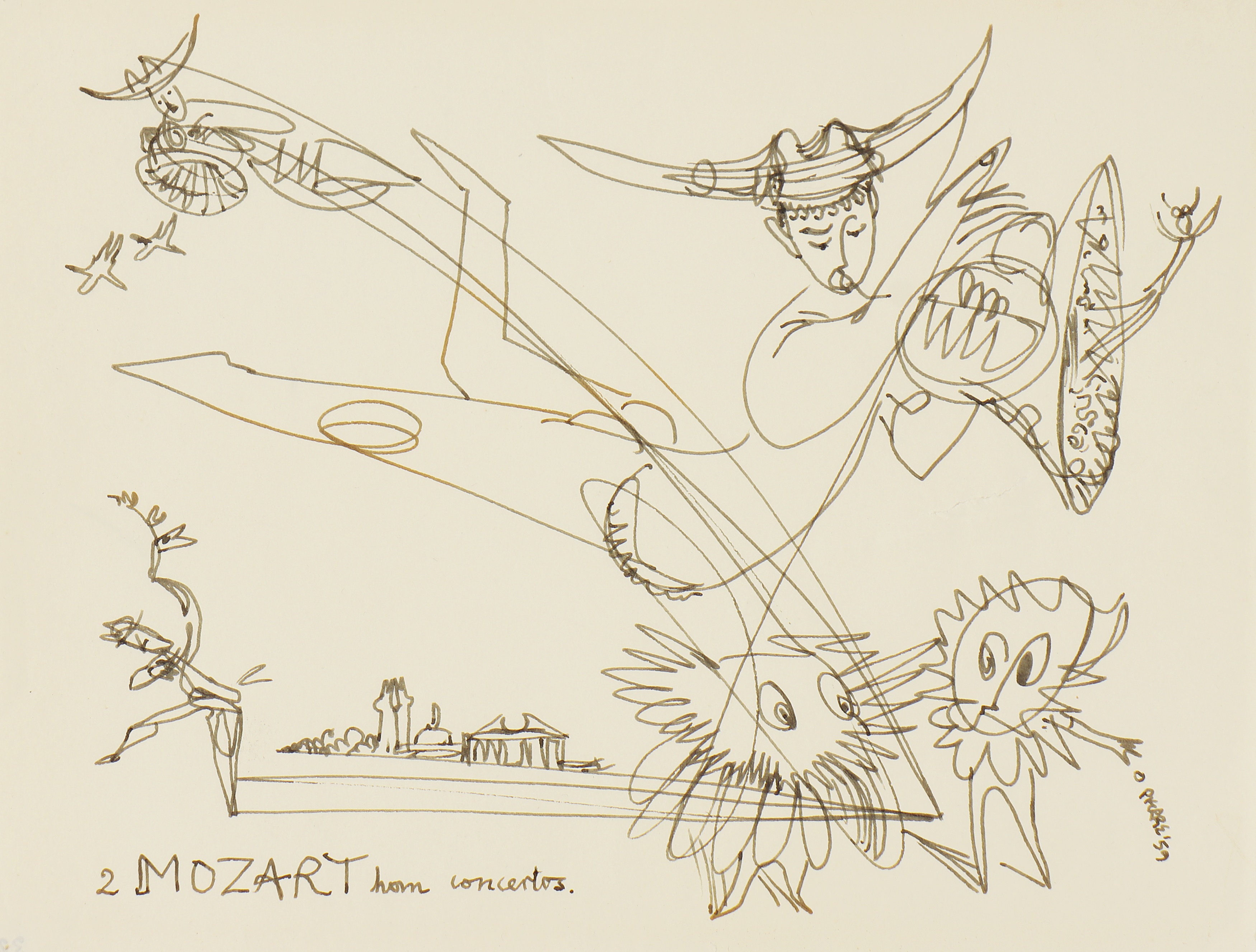