The credibility of the Macmillan government was severely damaged and the fallout contributed to the Conservative government's defeat the following year. The relationship between politicians and the public was never quite the same again.

Almost 60 years later dramatisations of the Profumo Affair continue to appear on stage and screen. Interest in Keeler and the showgirl Mandy Rice-Davies has seldom subsided.

Sworders’ Out of the Ordinary sale on 15-16 February includes a series of candid photographs of both Keeler and Rice-Davies taken at the height of their notoriety.

A rare nude studio photograph of Mandy Rice-Davies was taken by an unknown photographer sometime in the early 1960s. At the time the showgirl from Llanelli was mixing in surprisingly important social circles, enjoying the company of Lord Astor at Cliveden. Famously, when challenged in court whether she knew that Lord Astor had denied having sex with her. She replied: “He would, wouldn’t he?” The photo, originally purchased from the estate of the late actor Peter Wyngarde, is guided at £500-700. 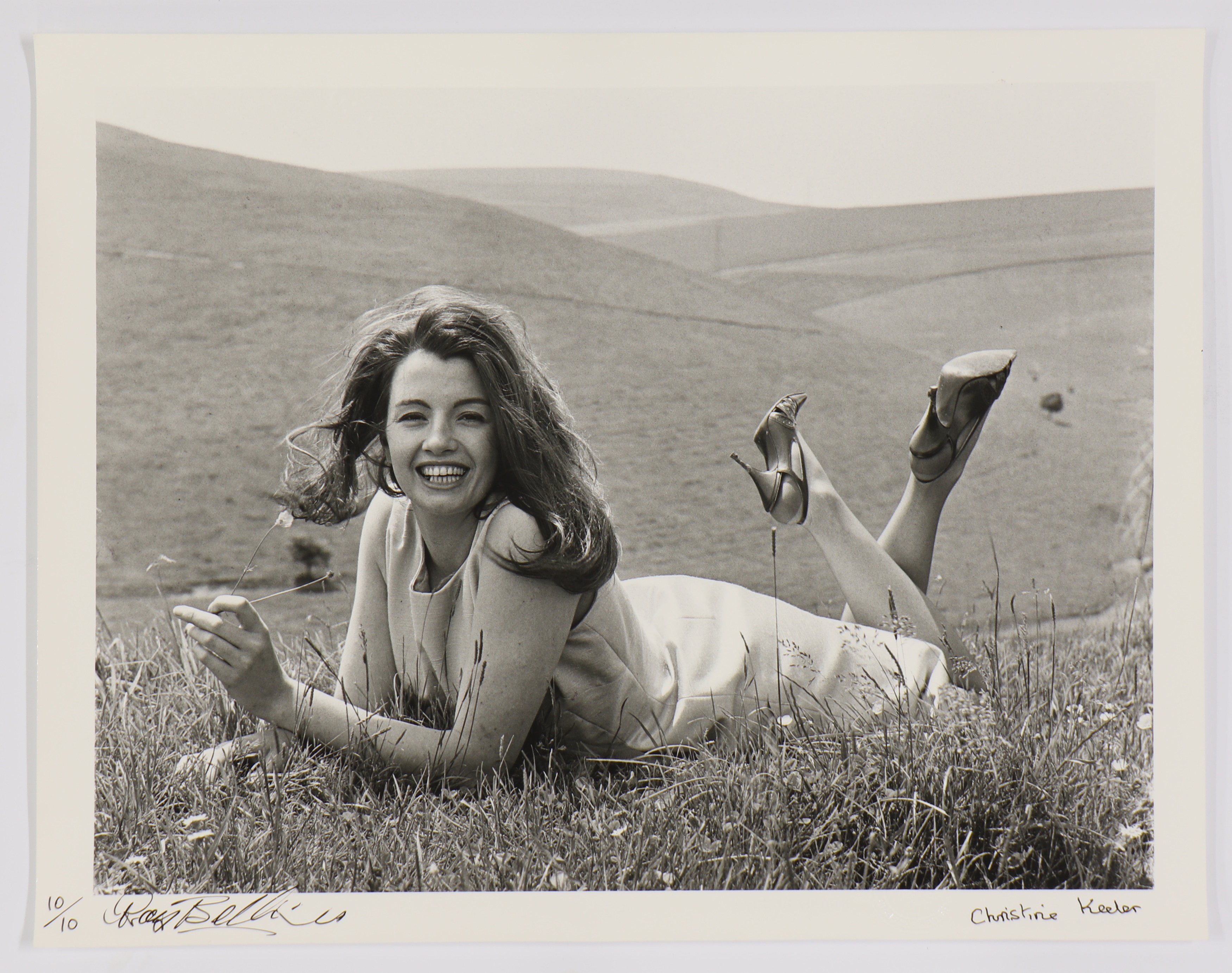 For her role in the labyrinthine events of the Profumo Affair, Christine Keeler was sentenced to nine months imprisonment for perjury. A series of photos in the sale were taken by Ray Bellisario (1936-2018) on the day she was released from Holloway prison in June 1964. The original negatives were purchased by the vendor in 2013 when a series of silver gelatin prints were made in an edition of ten, all signed by Keeler.

A group three of glamour photos by unknown photographer, including one of the model topless, is expected to bring £400-600. The original negatives for these prints are held by the Christine Keeler family archive.