Raising a Toast From Newcastle to Amsterdam

Until the end of the 17th century, the quintessentially English drinking glass was unknown. At this juncture, European glass was awash with the popular Façon de Venise or Venetian fashion. Although this trend was not just produced by the eponymous craftsmen but throughout Europe, often with the assistance of migrant Italian glassblowers that helped to proliferate the ideas and skillset required. During the final years of the century, Flint glass was introduced by George Ravenscroft’s London glasshouse, the seminal concept of adding lead to the glass formula. What followed changed the landscape of glass not just in Britain, but throughout Europe. 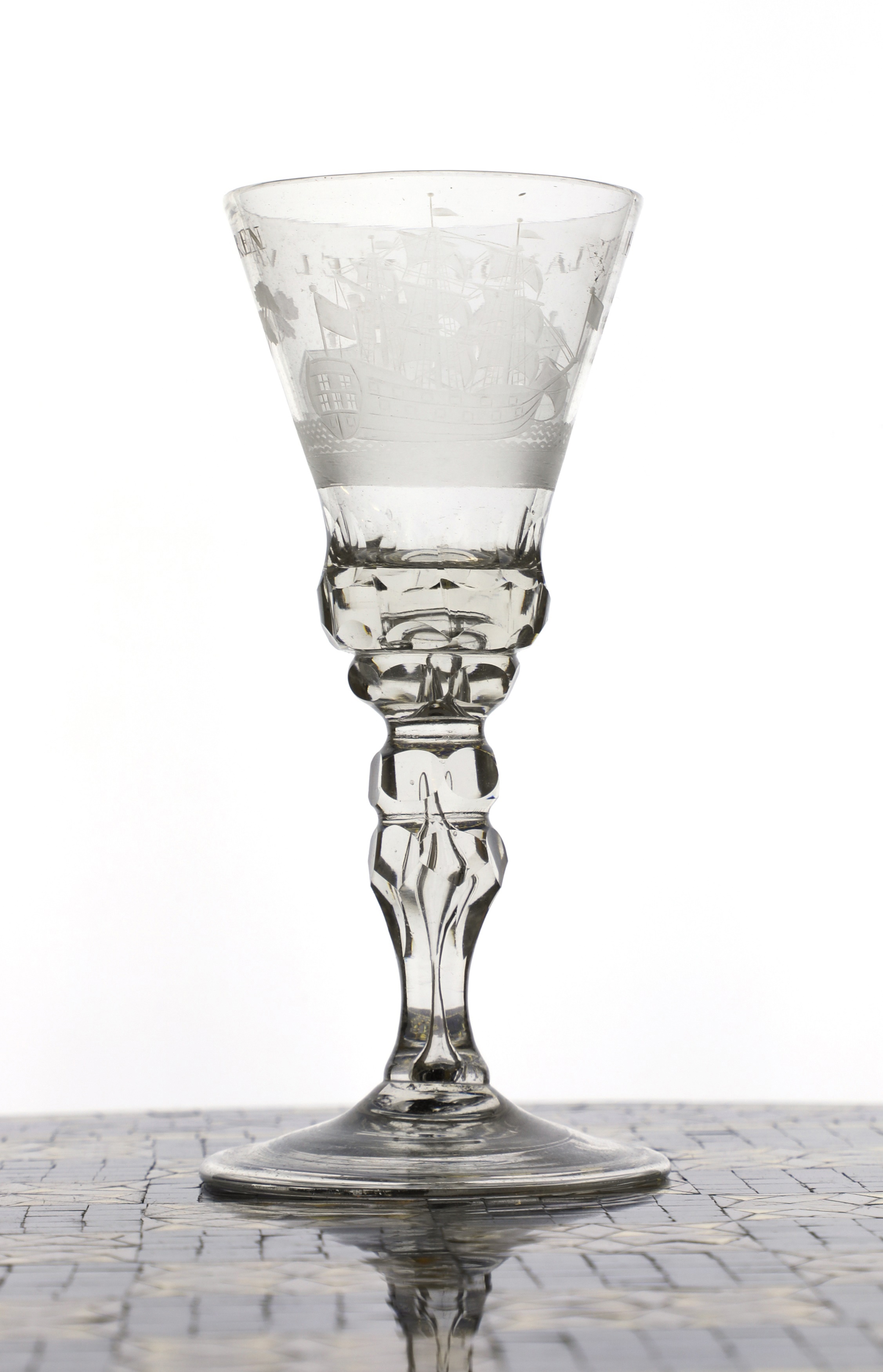 The collection we are delighted to offer for sale in our March Fine Interiors auction exhibits well-worked examples in a multitude of disciplines in this collecting area. Royal Commemorative glasses are not uncommon for Dutch engravers however the execution of this example is superlative. Although it is disputed whether lead glass was produced in the Low Countries, it can be said with confidence that English glass was sent, often from Newcastle, to Dutch craftsmen for engraving. A Dutch newspaper of 1753 advertises the engraving of English glasses by native craftsmen. Arguably the most renowned of these craftsmen was Jacob Sang, who was based in Amsterdam in the mid-18th century and was noted for signing his work. Recognised for his quality of engraving, this glass certainly merits being mentioned in the same company. Princess Anne’s armorial adds another sinew to this Anglo-Dutch relationship as the date of this glass will be close to that of her marriage with William IV, Prince of Orange, in 1734.

Retreating from Dutch shores back to home soil, a more common but no less interesting glass offers another interesting tale. The English drinking glass featuring a multi-series air twist is not just a decorative device, but a feature of new glass taxation starting in the reign of George II. The Glass Excise or Glass Tax was brought in during 1746, it stated that glasses were to be taxed on their weight. Responding to this costly legislation the glassblowers had a malleable approach to problem much like the medium they worked. Consequently, from the mid-18th century, the inclusion of the air twist was seen to reduce the final weight and thus taxation. Proving the Georgians were as keen to save money as much as the modern businessman! 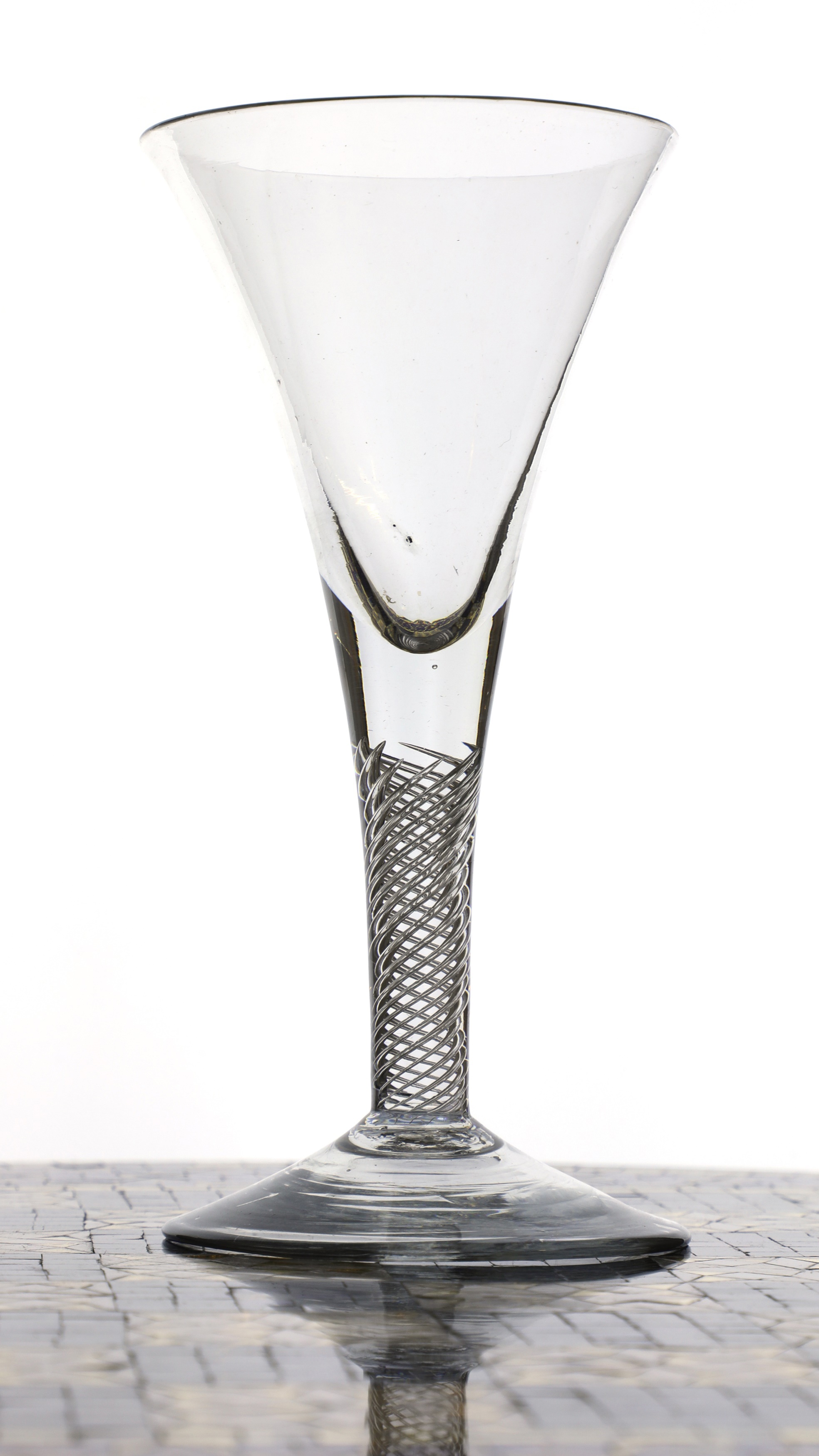