Each roundel is embroidered with the symbols of sovereignty, including the fu surrounded by libation cups, fire, a constellation, a dragon, a mountain, a pheasant, an axe or a waterweed, amongst clouds against a black satin ground.

After he became the first President of the Chinese Republic in 1912, Yuan Shikai had a desire to emulate the old Imperial ranking system. These roundels were made to be worn by officials during the traditional seasonal sacrifices he reinstated. The lower the status of the official, the fewer roundels on his robe, and the fewer traditional symbols of Imperial authority included in the roundel, with twelve being the highest number for roundels and symbols.

The collection of four badges, each glazed and framed, is estimated for sale at £600 - £800 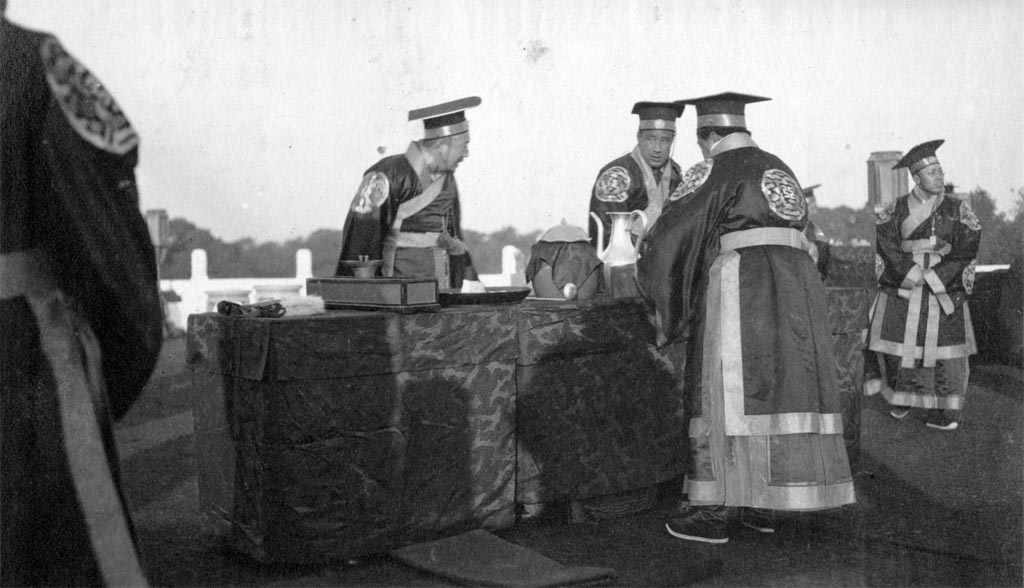