The market for Mouseman furniture shows no sign of slowing down

Prime-period Robert ‘Mouseman’ Thompson oak furniture continues to excel at auction. Building on the success of the landmark sale of the Horlicks collection last October, Sworders’ 20th Century Design auction in Stansted Mountfitchet on January 29 included an unusual oak settle that, by family tradition, had reputably been made by the Kilburn workshop for Ampleforth College. Supplying furniture and architectural decorations to the school was Thompson’s most important early commission and was the place where he hit upon his now famous trademark. This 1.83m settle, with solid seat and scrolled arms, probably dating from the late 1920s or early 1930s, sold at £7100. 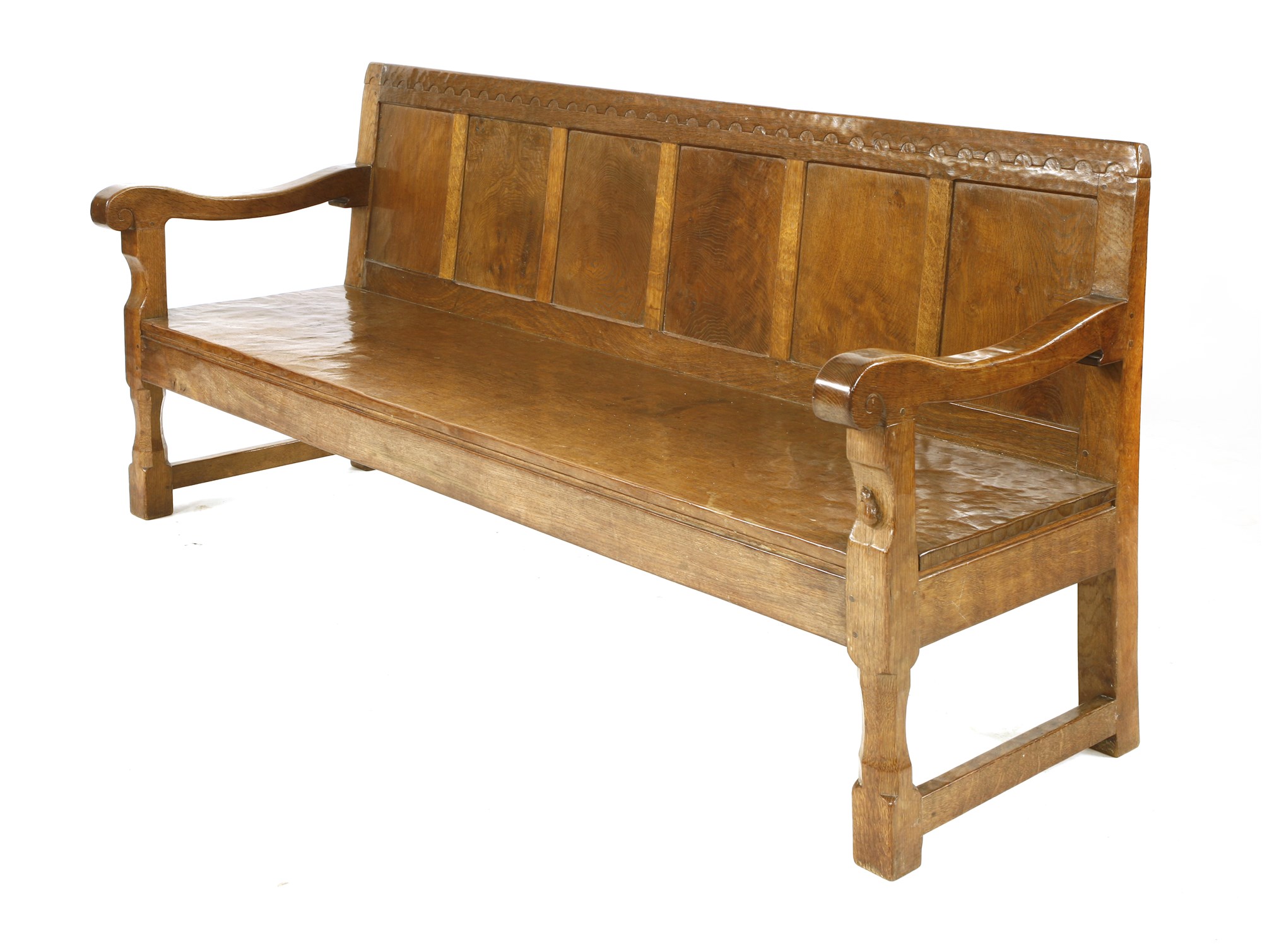 The unusual oak settle that, by family tradition, had reputably been made by the Kilburn workshop for Ampleforth College made £7100

Also from the 1930s, a Mouseman wardrobe with a carved frieze and a pair of cupboard doors opening on iron batwing hinges, sold at £4900 while a sideboard incorporating drawers and cupboards took £5600.

In October the Horlicks collection of Robert ‘Mouseman’ Thompson furniture was sold at Sworders auction for £236,000. The cache of 47 lots, representing one of the Mouseman’s largest commissions of the 1930s was being sold by British pharmaceutical company GlaxoSmithKline, owner of the famous malted milk drink.

Leading the sale was a dresser carved with a double mouse signature, the letter H and the date 1930 sold at £35,000 - the second-highest ever for a Mouseman piece.

However, not everything from the Kilburn workshop is out of financial reach for more casual collectors. At the January sale, a pair of oak napkin rings, each carved with the mouse signature, took a more affordable £120. 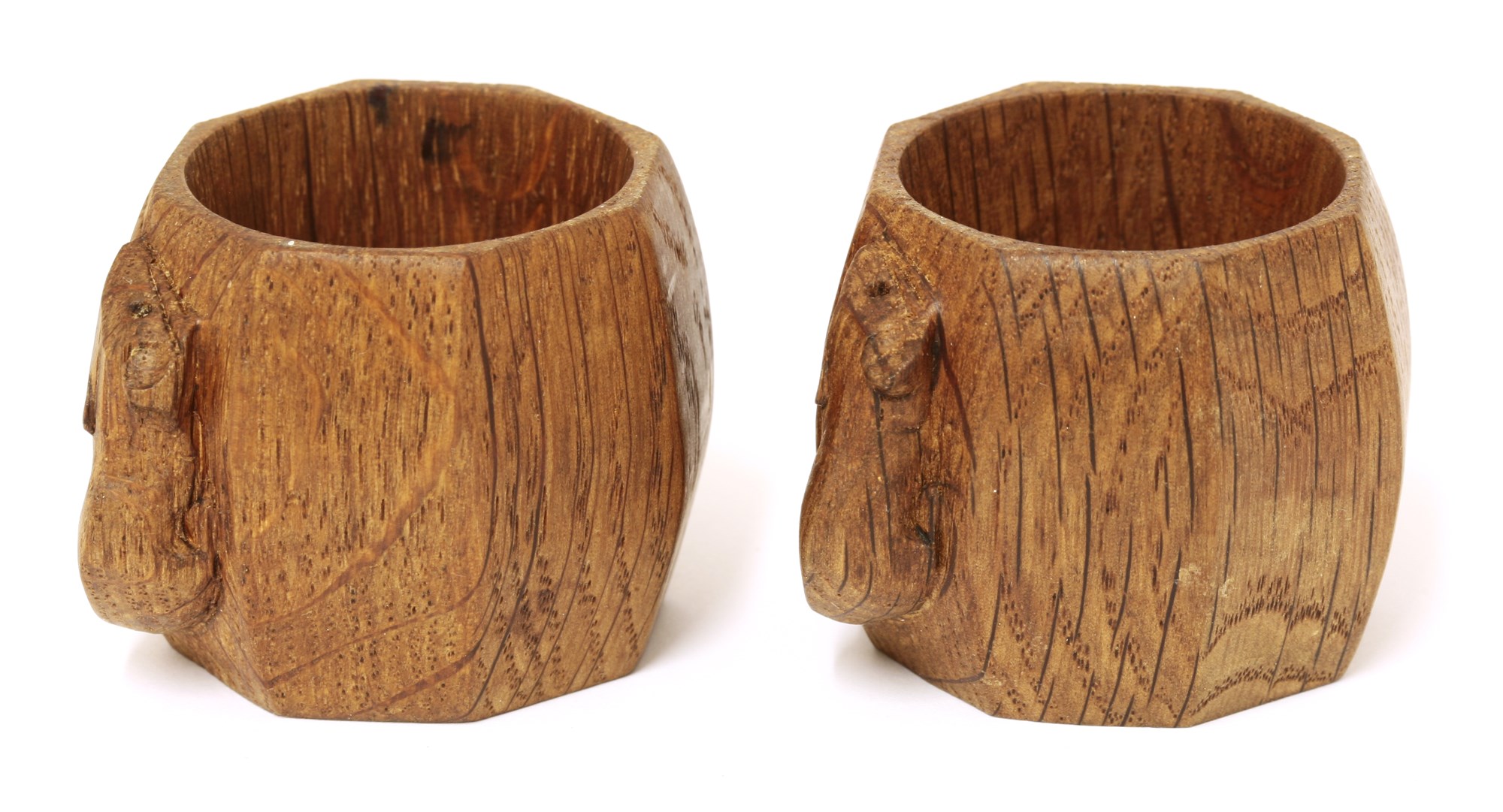 Mouseman oak napkin rings, each carved with the mouse signature, made £120

Leading the sale at £10,000 was a rare Morris & Co. veneered mahogany and satinwood side cabinet with bold Arts and Crafts gilt brass mounts. The design is by William Arthur Smith Benson (1854-1924) - much better known as designer and manufacturer of brass and copper lighting and other household objects. It dates from the 1890s - perhaps shortly before Benson became chairman of Morris & Co. after the death of William Morris in 1896. Perhaps due to the high cost of production, relatively few pieces are known and this is one of the few to have appeared on the market.

Note: all prices do not include 23% buyers premium.