If ever the British cricket team needed a man like Lord Hawke, now is the time.

A gentleman amateur among a team of professionals, he proved to be the most successful county cricket captain of all time.

He played in 633 first class matches for England, including five test matches, scoring 13 centuries and a total of 16,749 runs.

Such was the esteem in which he was held that he was appointed president of the MCC in 1914 and retained the post throughout the First World War.

A somewhat forgotten figure today, he is being brought back into the spotlight on Tuesday 19 June thanks to a consignment of four lots of silver in our Anniversary Auction, to be held here at our Stansted Mountfitchet Auction Rooms.

Of the four, perhaps the most personal is the great man’s silver-mounted glass spirit flask. Measuring 7½in long and made by George Unite, London 1895, the slip and cover bear a coronet and 'H' for Lord Hawke. The estimate is a modest £200-400. 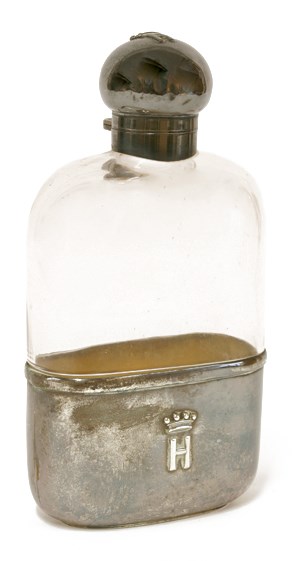 Rather more valuable is the engraved George V silver salver, by James Dixon & Son Ltd, Sheffield, 1915. Inscribed Presented To Lord Hawke By The West Indian Club And By Cricketers Throughout The West Indies As a slight token of their good wishes and grateful thanks for many services rendered to West Indian Cricket, 1st June 1916, 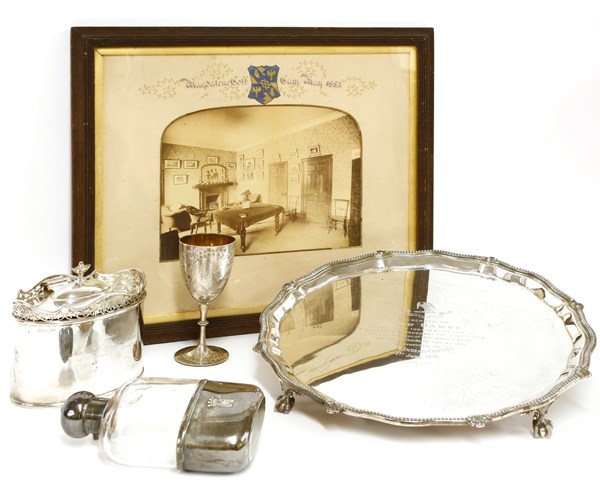 Another presentation piece, guided at £300-500, is an oval silver biscuit barrel by Walker & Hall, Sheffield from 1914, engraved Presented to The Right Hon. Lord Hawke on the occasion of his marriage by the members of the cricket press June 1916. Standing 5in high, it weighs around 20oz.

Finally, a 6in high presentation silver goblet by George Adams, Chawner & Co, London and dating to 1877, is engraved M.B. Hawke, second in the steeplechase 1878, highlighting another sporting talent. It is being offered with a framed photograph of Lord Hawke’s room at Cambridge, inscribed Magdalene Coll. Cam. May 1883. Together they are expected to fetch £200-400.

“Hawke was an extraordinary man whose long career bestrode the glory days of late Victorian and Edwardian cricket,” said Sworders chairman and avid cricket fan, Guy Schooling. “As one of the leading cricketers of his day, it is no surprise to discover that he was the subject of a Spy cartoon.

“Although I wasn’t in Australia for the latest Ashes series, I was there for the previous encounter. On both occasions England could have done with the support of a man of Hawke’s calibre. We are honoured to have been chosen by his family to offer these items for sale and are certain that they will find homes with followers of the game.”