With our autumn auction of Modern and Contemporary Prints just a couple of weeks away, our new Prints specialist, Kirstie Imber, gives us the lowdown on her personal highlights in the sale!

The late Howard Hodgkin is arguably one of Britain’s most important painters and printmakers. Hodgkin’s dynamic form of abstraction and rich painterly palette are showcased beautifully in this print, Swimming, published in 2011. I find it fascinating that Hodgkin’s work often appears spontaneous and immediate, but in fact the artist spent years executing single brushstrokes. For me Swimming is a vibrant, striking example of the artist’s quest to explore the very nature and language of painting. 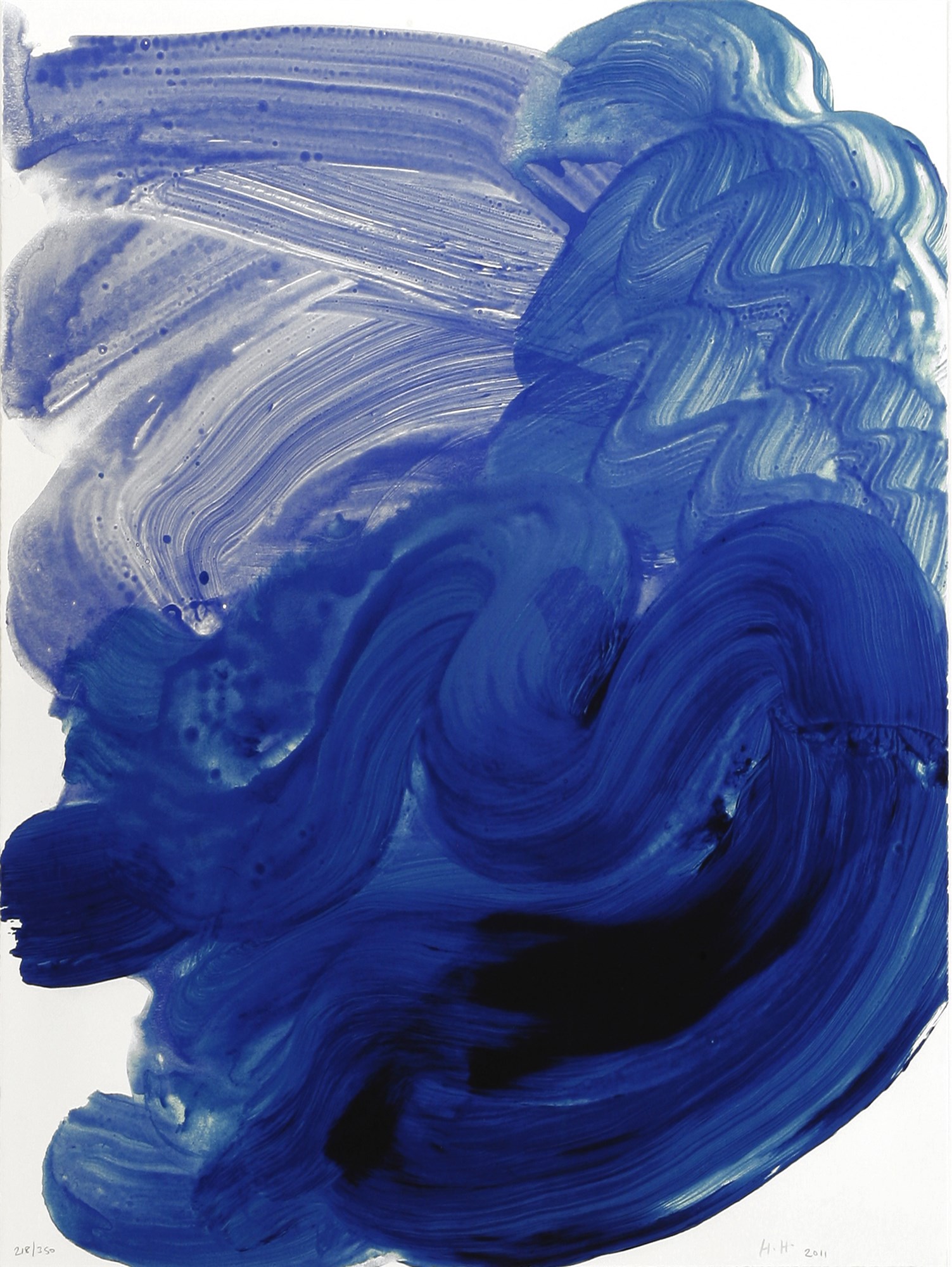 These wall sections are one of the latest creations available from Banksy’s Walled Off Hotel in Bethlehem. This piece is made from cast resin sculpture, and handpainted by local Palestinian artists in the region. Banksy is yet again making a political statement through the medium of art; the concrete wall that divides Israel from the Palestinian territories has long caused controversy. For me this piece must be viewed in the wider context of Banksy’s Walled Off Hotel project and ongoing presence in Bethlehem. While arguably less iconic than some of Banksy’s work, this piece is nevertheless a powerful reminder that art and cultural projects can convey powerful messages about war and conflict. 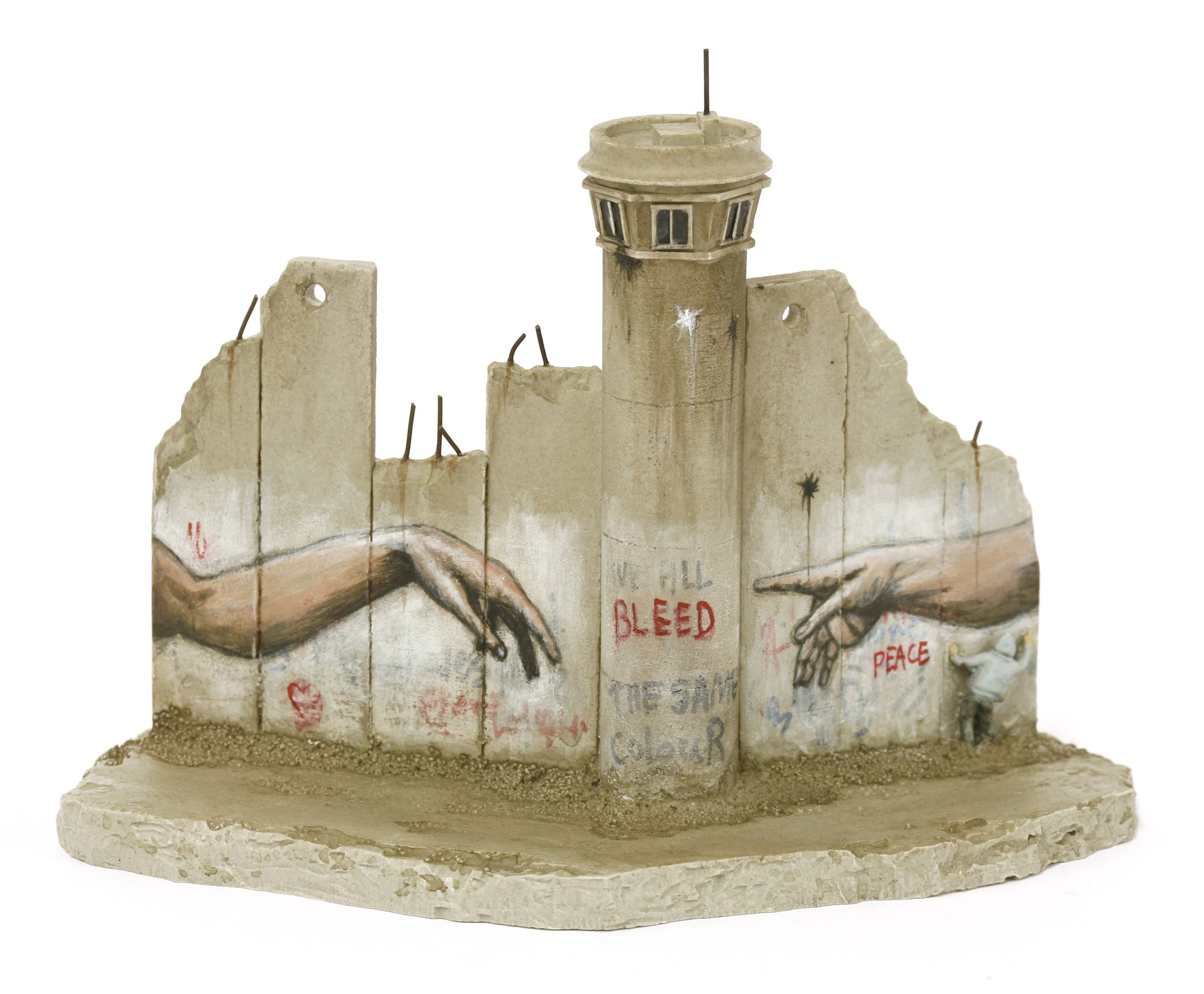 I am particularly drawn to how Weiwei adopts the simplicity and elegance of Greek vase painting to depict one of the most pressing issues of our time - the global refugee crisis. This print resembles sections of a classical Greek frieze, each running horizontal across the page, which on closer inspection reveal groups of figures on both sides of the refugee divide. Masked figures stand clutching rifles beneath military aircrafts; groups of refugees cling to a barbed wire fence beneath banners stating “No One is Illegal” and “Open the Border”.  For Weiwei, the message held within Odyssey is clear: there is “no refugee crisis…only a human crisis.” 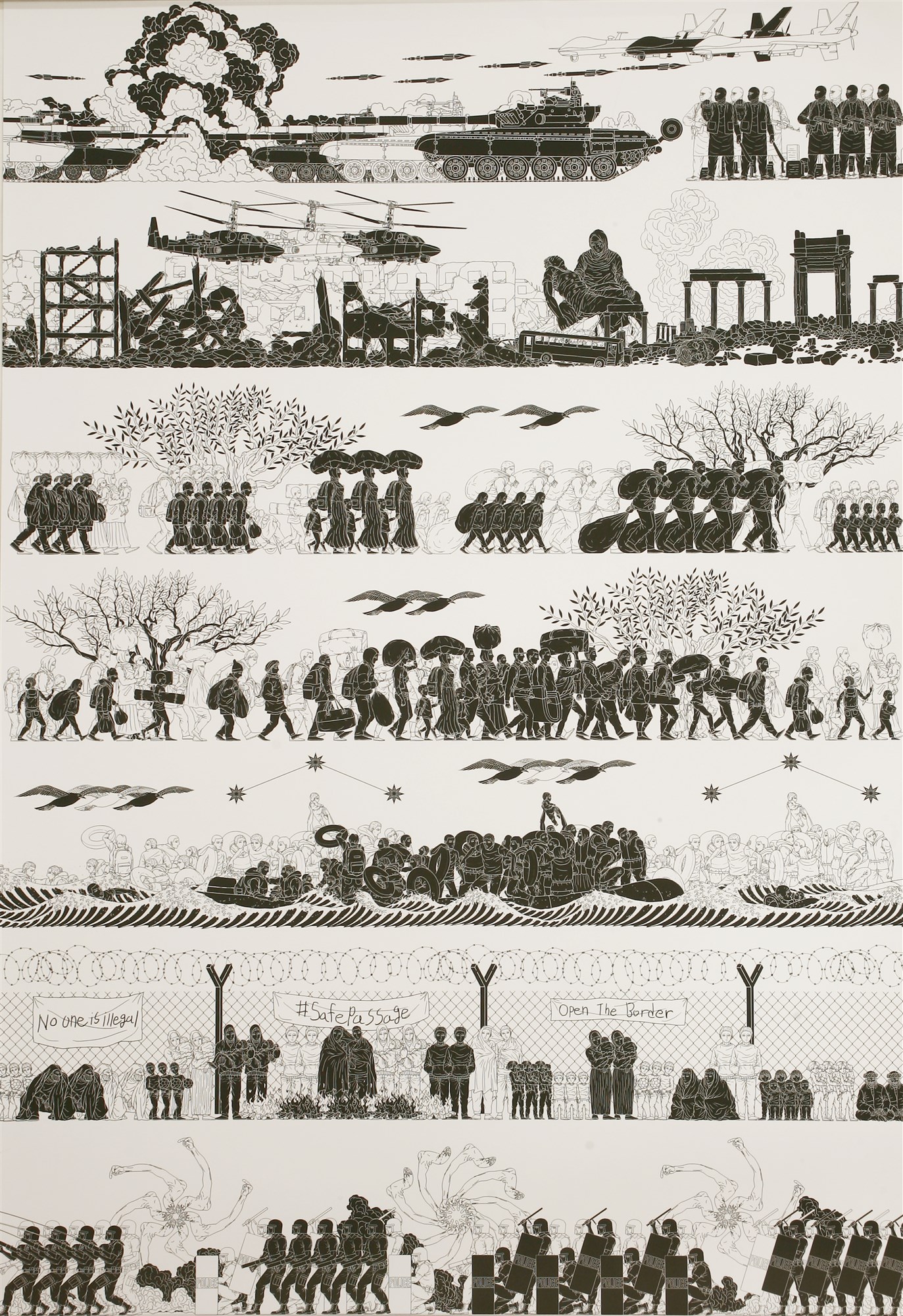 Aitchison had a career-long fascination with the Crucifixion, which is thought to have been inspired by Salvador Dali’s Christ of St John of the Cross (1951). For Aitchison, the horror of Christ’s crucifixion required no emphasis. As such, a number of his Crucifixion works, including this one, focus on the role of intense colour and pared down shapes stripped of detail. I think the appeal of Aitchison’s print is that the artist has taken one of the most timeless subjects in art history and created a unique visual atmosphere that is charged with emotional intensity. 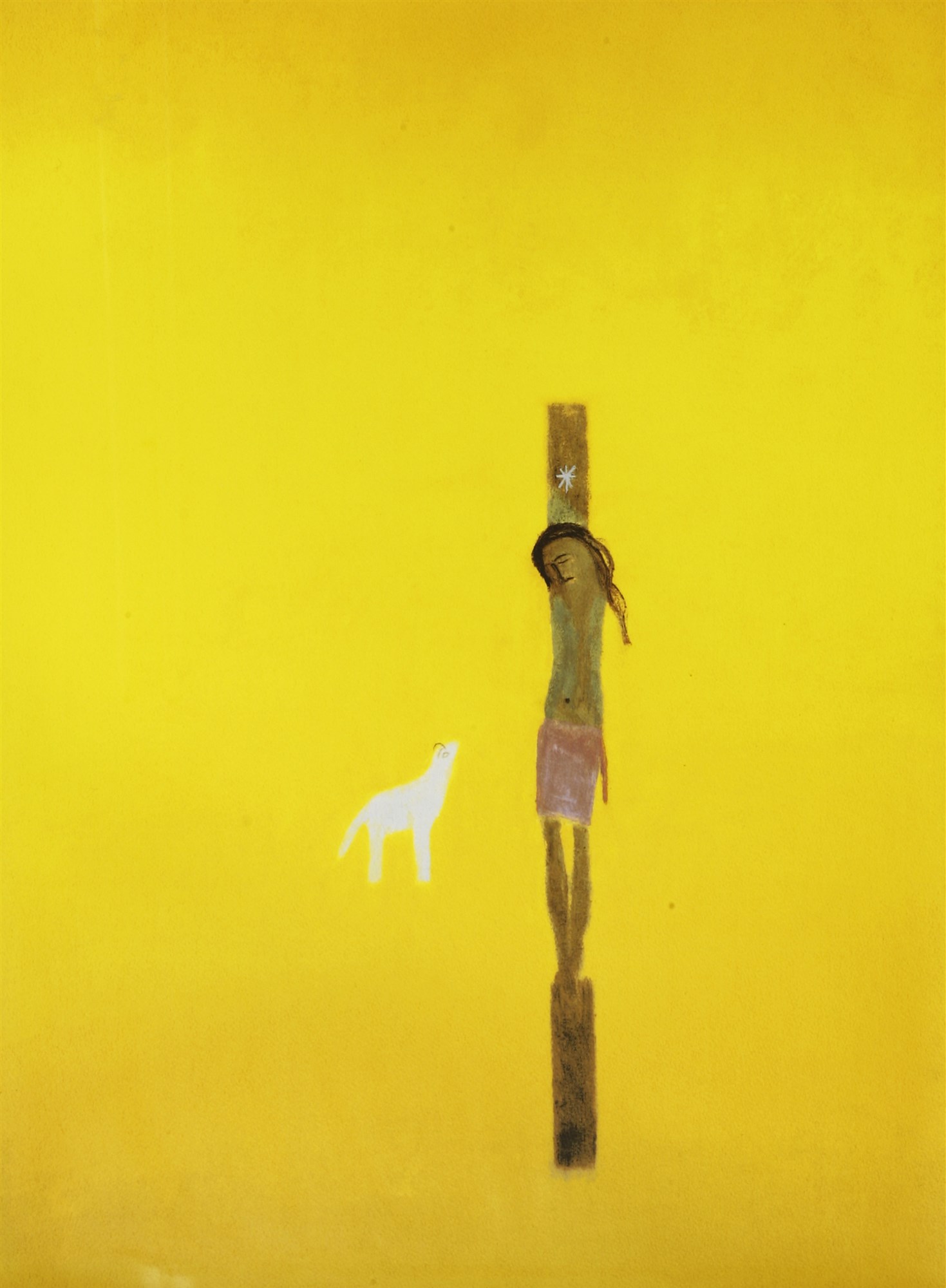 Our Modern and Contemporary Prints Auction takes place on Tuesday 23 October 2018. To find out more about the forthcoming sale, or to discuss potential consignments, please get in touch: