Those who keep an eye on monthly glossy interiors magazines or the Instagram accounts of antiques dealers and interior designers throughout the land, will have noticed an ever-increasing number of classical busts and statues, or walls clad with finials and friezes, capitals and corbels...

Those who keep an eye on monthly glossy interiors magazines or the Instagram accounts of antiques dealers and interior designers throughout the land, will have noticed an ever-increasing number of classical busts and statues, or walls clad with finials and friezes, capitals and corbels.

In this modern mode we see, in fact, the revival of a piece of the traditional country house interior style, and one of the early forms of collecting.

The fascination with the sculpture of antiquity was largely galvanised during the Renaissance, when artists and sculptors, owing to the excavation and discovery of many ancient sites and artefacts, began to hold the rules and ideals of classical art in particularly high regard. It was during this epoch of artistic revolution that the market for plaster casts began to flourish. The casting of sections, or indeed the entirety, of important and newly discovered marbles allowed artists to study in detail the work of their ancient Roman counterparts while remaining in their own studios. This also presented the opportunity for the wealthy and the noble to fill their homes and palaces with copies of the most highly revered masterpieces, and so they did. For example, in the 17th century, the King of Spain sent the court painter Diego Velazquez to Rome to acquire a number of the best casts of antique sculpture that money could buy.

The wealthy young men that embarked on the grand tour during the 18th and 19th centuries would purchase objects made of bronze and marble, some ancient and some reproduction, as souvenirs. They also had the opportunity to buy plaster casts of sculpture and architectural fragments from traders and dealers, who would obtain, package and ship them to the homes of their clients all over Europe, to be put on display and serve as tangible evidence of their intellect and education.
One notable individual for whom this was true was the neoclassical architect and antiquarian Sir John Soane, the designer of the Bank of England and the Dulwich picture gallery, amongst others. While on his royally-funded tour of the Continent and subsequently, he collected a large number of sculptures, fragments and plaster casts which he used to decorate his home, to use as teaching aids for his students, and with which to envision new designs. His collection was influenced by those of the great English country estates, as well as other connoisseurs such as Charles Townley, whose array of sculpture and artefacts would become the core of the British Museum’s collection.

In the early 1830s, Soane negotiated an Act of Parliament which stipulated that his house and collection would be preserved in the exact state that it was left upon his death, and it has remained in the same way ever since. It is, in this auctioneer’s opinion, one of the best museums in London and well worth a visit!

It is the continuing popularity of museums such as Sir John Soane’s Museum and the V&A, with their collection of antiquities, plaster casts and architectural fragments which have seen the incorporation of similar pieces in interior design today. 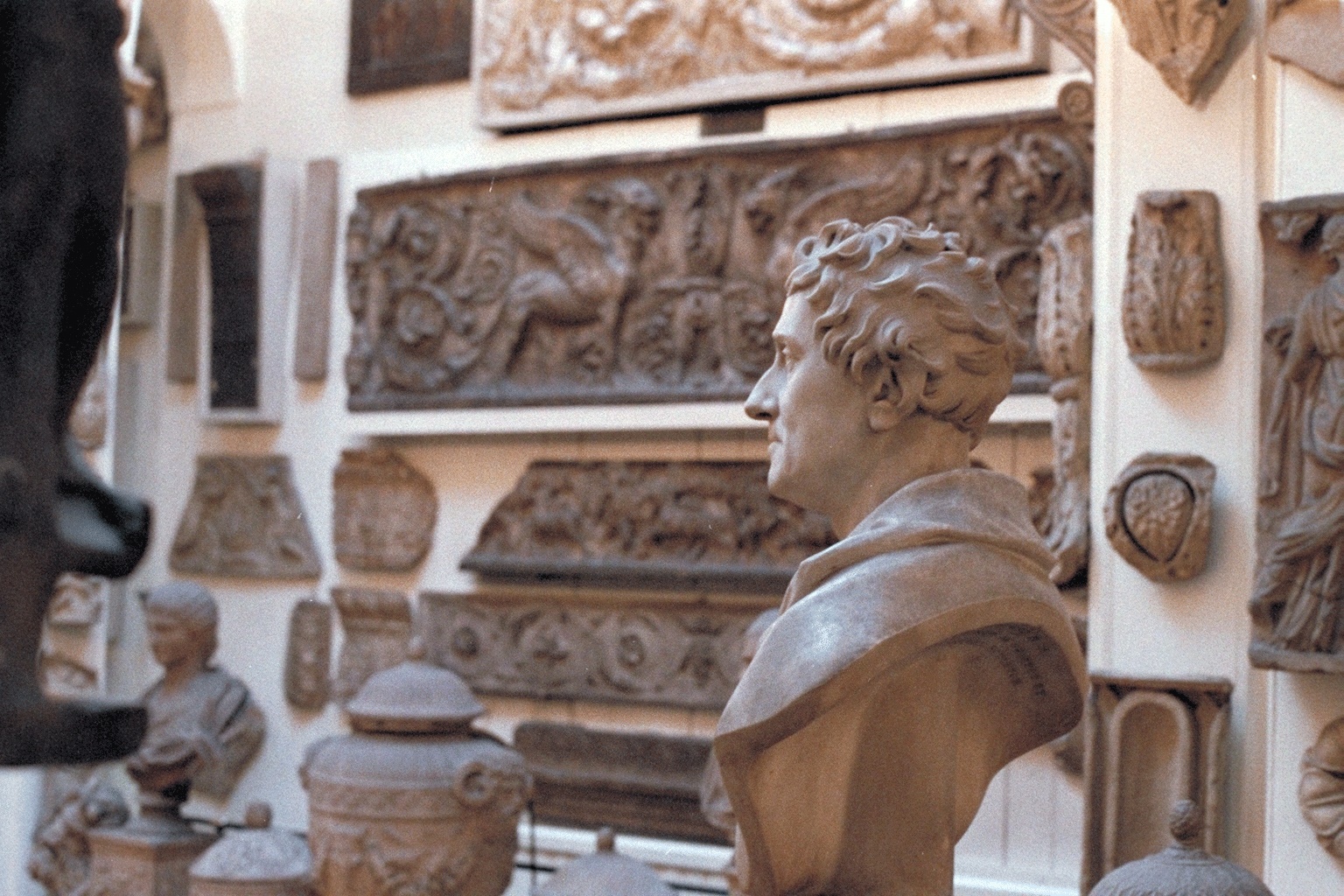 In 2016 Christie’s sold the collection of ‘Master-Plaster-Caster’ Peter Hone, a lifelong connoisseur and dealer of plaster casts and fragments.

The use of creatively arranged stone and plaster sculpture and fragments can add a variety of texture, and a sense of historical appreciation, to either a period or a modern home, often tying in with its architectural features. Shabby gilt and painted wooden finials or brackets are a welcome addition and can give battered and broken furniture and fittings a new purpose!