Take A Seat... from Mackintosh to Eames

The 20th Century Design sale at Sworders on 8 October includes a fantastic selection of designer chairs, from Mackintosh to Eames.

The 20th Century Design sale at Sworders on 8 October includes a chair designed by Charles Rennie Mackintosh (1868-1928) for perhaps his best known patron. The chair, made c.1906 for the Dutch Kitchen at Miss Cranston’s Argyle Street tearooms in Glasgow, is estimated at £5,000-7,000.

Mackintosh carried out two phases of work at the 'Crown Lunch and Tea Rooms' in Argyle Street - first in 1898 and again in 1905-06 when he returned to remodel and decorate the basement. Two photographs published in the Studio in October 1906 show a low beamed ceiling, a huge lintelled fireplace lined with blue and white Delft tiles and tables surrounded by simple and robust ‘Windsor’ style chairs. To contrast with a predominantly black and white palette, they were painted in emerald green.

The Argyle Tea Rooms closed in 1918, and much of the dining furniture was dispersed. This particular chair is carved to the top rail Secretary's Chair, Ours - a clue to its later history in a Glasgow literary society. The club, instituted by gentlemen schoolmasters in 1871, was properly titled The Philological Society of Glasgow. However, seemingly even in the first session, this was deemed a little pretentious, and it quickly simply became known by its members as ‘Ours’. By tradition the chair was donated by the club’s first secretary, Charles Clarke of Johnstone.

Chairs designed by Charles and Ray Eames and Jens Risom, previously on loan to the London Design Museum, form part of Sworders’ 8 October sale of 20th Century Design. The vendor’s father Johan Polak (1924-1995) worked for the United Nations as a publicity design officer. The three chairs were all bought in Philadelphia in 1949 whilst he was employed by N W Ayer & Son Inc., one of America’s oldest advertising agencies. He later loaned his furniture - each piece an early version of a design classic - to the London Design Museum. A chair and a table have been kept in the museum’s collection. 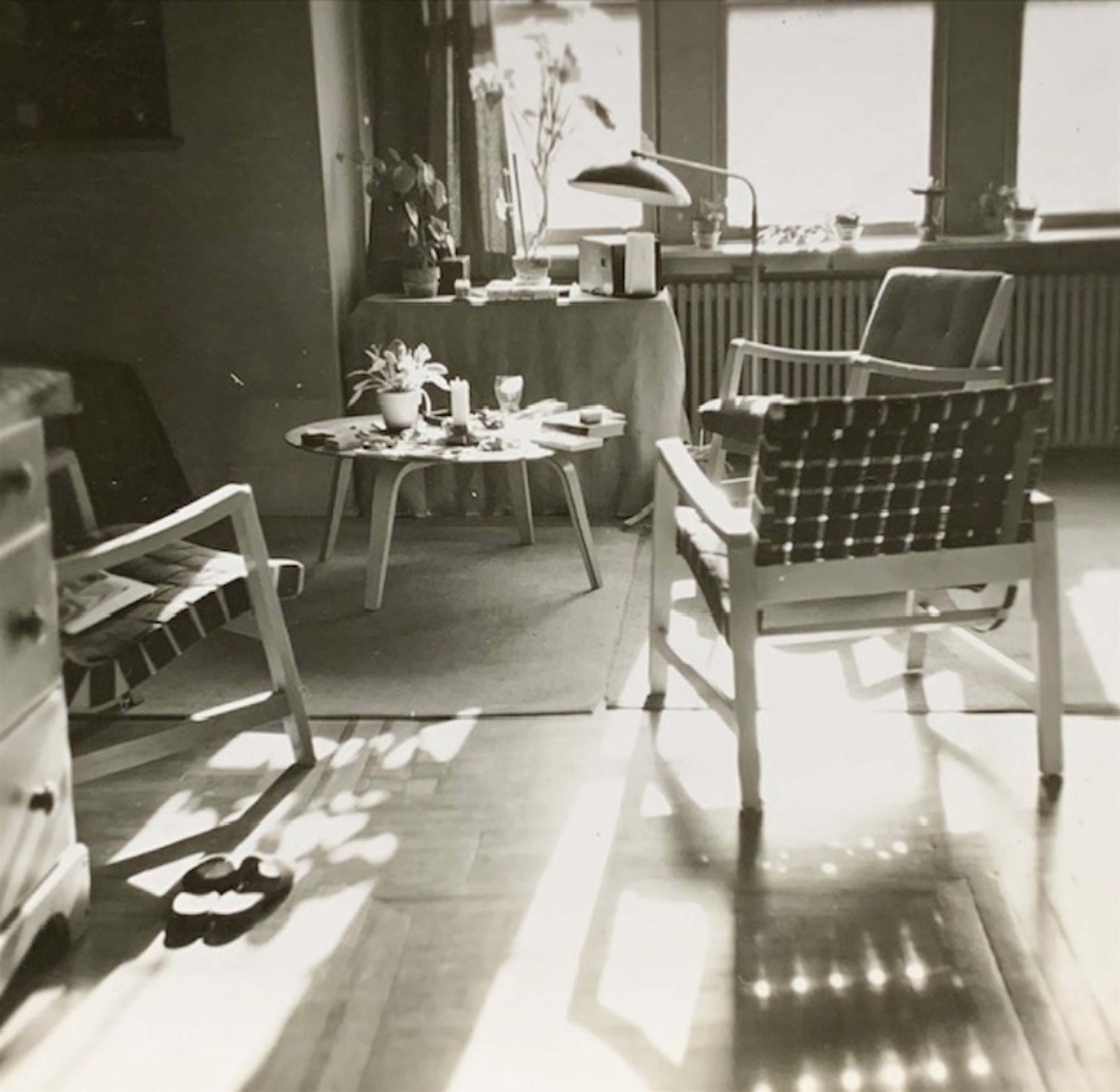 The John Polak Collection of Chairs in his flat in Phillidelphia

The sale includes a pair of DCW (Dining Chair Wood) chairs designed by husband and wife team Charles and Ray Eames at their Venice, California studio in 1946. The DCWs were among the first to employ the process of laminating and shaping plywood into compound curves that had first used during the war to create leg splints. These examples - made by the office furniture maker Hermann Miller for whom the Eames’ studio produced many designs - are labelled 'Charles Eames design Herman Miller, Zeeland Michigan. The estimate is £400-600.

Two DCW chairs, designed by Charles and Ray Eames for Herman Miller in 1946

Danish industrial designer Jens Risom produced Hans Knoll’s first furniture designs in 1943. Due to wartime restrictions, his 652 lounge armchair used simple wood frames with seats originally made using discarded parachute webbing. Two examples from the immediate post-war period are included in the sale, one with a webbed rush seat, the other with the original brown fabric and stuffed upholstery. Both labelled 'Knoll Associates Inc 601 Madison Avenue, New York 22 NY, they are estimated at £400-600 each.