The Alken Family of Painters

Like many artistic dynasties, for the Alkens, painting was a family business, stretching from the second half of the 18th century to the end of the 19th. With the consignment of two striking sporting scenes by Henry Thomas Alken (1785-1951) to our May sale, Head of Pictures Jane Oakley examines a history of misattribution and skilled identification.

The valuing and assessing of the Alken family leads to all manner of difficulties for the art appraiser. Within four generations, there are eight recorded artists, who, to add to our confusion were variously called Sefferien I, II and III, Samuel, Samuel Junior, Henry Thomas, Samuel Henry, or Henry Junior and George. Unhelpfully they are often signed ‘Alken’ and this has led to uncertainty in the attribution of works. 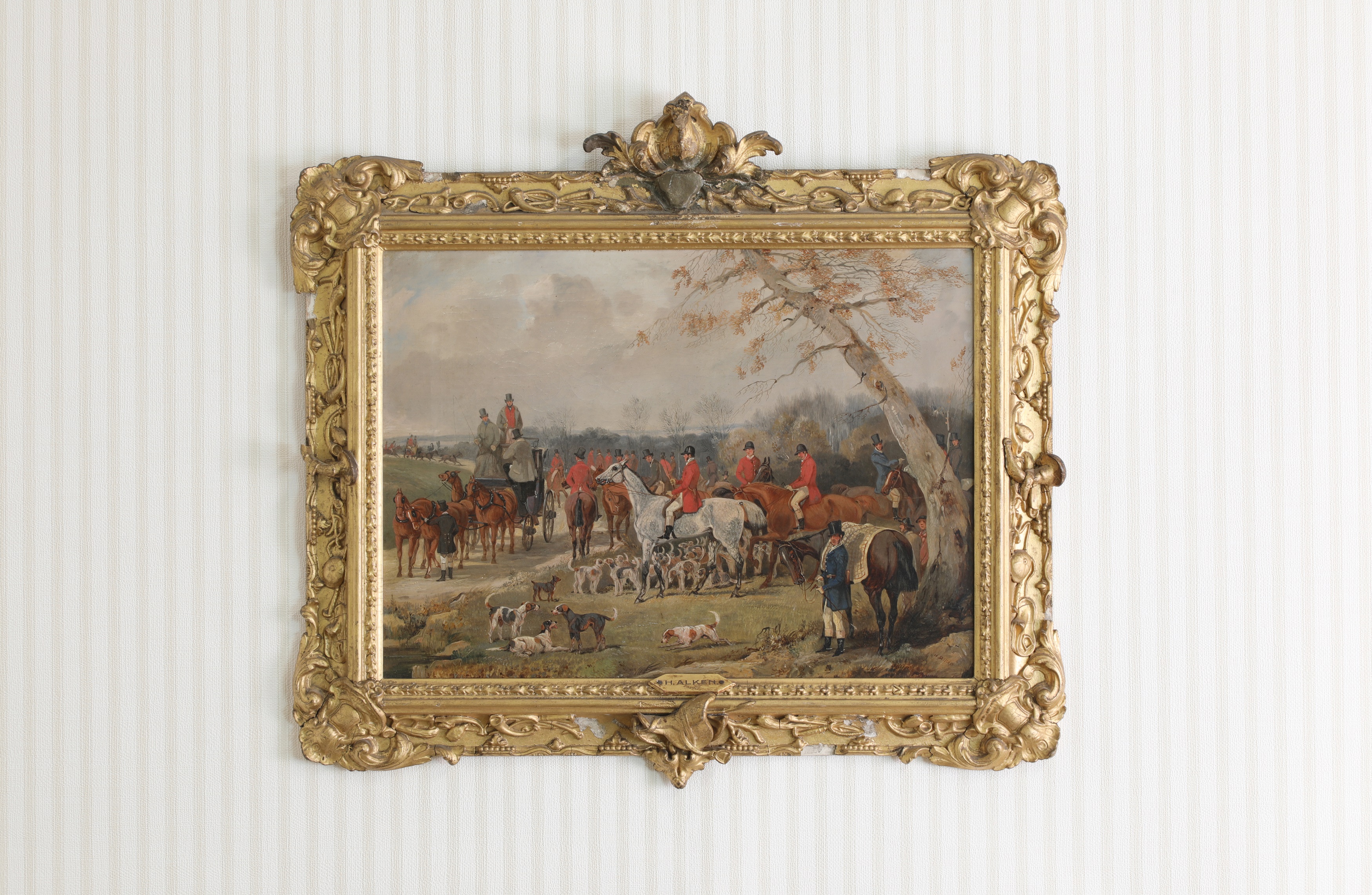 Of course, each artist has their own small peculiarities of style and subject matter and not all painted in oils, however, Samuel Henry, for example, the son of Henry Thomas and also known as Henry Junior, painted very much in the style of his father and his works have often been mistaken for his father’s later work. Samuel Henry would often place a variety of different coloured horses including a grey, chestnut, and bay in his group compositions which can give us a little clue. Also, if you see a lady riding side-saddle, that is also likely to be the son, as the practice was not a common sight before the 1840s. His work is not as fine as his father’s but there have been generations of misattributions between the two as both often signed ‘H Alken’. Henry Thomas Alken (1785-1951), illustrated here, was the most talented and influential member of the family and rightly commands the highest prices. He was a true master draftsman and as comfortable in the medium of oil and watercolour as he was engraving. His hunting and racing prints disseminated his work far and wide through the 1820s and 1830s making him a household name. In addition to the misattribution of pictures to him by other members of his family, we also run into problems of contemporary copies of his works.

Often humorous, his prints gently satirised the eccentricities of the upper classes at play. It is the character that shines through his paintings that I find particularly charming. The present lot shows two works, ‘The Meet’ and ‘The Kill’, most probably from a set of four which follow a hunt from beginning to end. Generally, a set will include ‘The Meet’, showing the riders and hounds gathering. Next, we might have ‘Breaking Cover’ where the fox has been forced out by the hounds. Leading on to ‘In Full Cry’ – depicting the high drama of the hounds and the riders galloping full pelt after their quarry. The final frame is ‘The Kill’ which, in varying degrees of gruesome realism depicts the moment the hounds catch up with fox and the ride is over.

There is always so much detail in Alken’s paintings, so much observation has gone into the composition – every rider is an individual and every horse expresses an attitude, their heads full of personality and meaning. At the start of the hunt, the horses are portrayed a little skittishly - they are stomping, turning their heads; the riders are forced to rein them in, curbing their impatience to be off. The hounds sniff the ground or play, waiting for the command. Contrast this to ‘The Kill’ - the horses look tired, steam shooting out of their nostrils, the viewer can feel their exertion. The riders lean back in their saddles, one lights a cigar. The hounds are all attention, circling the fox expectantly, with some late comers bounding in.

Some paintings of this period are dark and heavy, but with Alken, there is a lightness of touch and fluidity in the application of the paint. The proportions and physiognomy of the animals is so well observed, and it is these qualities and freshness that have given him such enduring appeal.

For more information about the works of The Alken Family, and our forthcoming auction of Sporting Art, Willdlife and Dogs on Tuesday 31 May, please contact: