The Art of Glass

Glass from the collection of the late Cambridgeshire antique dealer Peter Crofts (1924-2001) will be sold in our Fine Interiors auction on 14-15 December. The consignment includes exceptional pieces of engraved and enamelled glass ranging from the Georgian period into the post-war era.

Vessels that make political statements are among the most coveted of all Georgian drinking glasses.

One example here is a rummer relating to the Enclosure Acts - the series of laws that enclosed open fields and common land across the country. Engraved on the glass are the details of a hearing held in Norwich on August 7, 1817 regarding the Smallburgh Inclosure Act, one Mr Robert Joy and his victory in a case against the ‘defendants who wish’d to deprive him’. A rare survivor, it is estimated at £400-600. 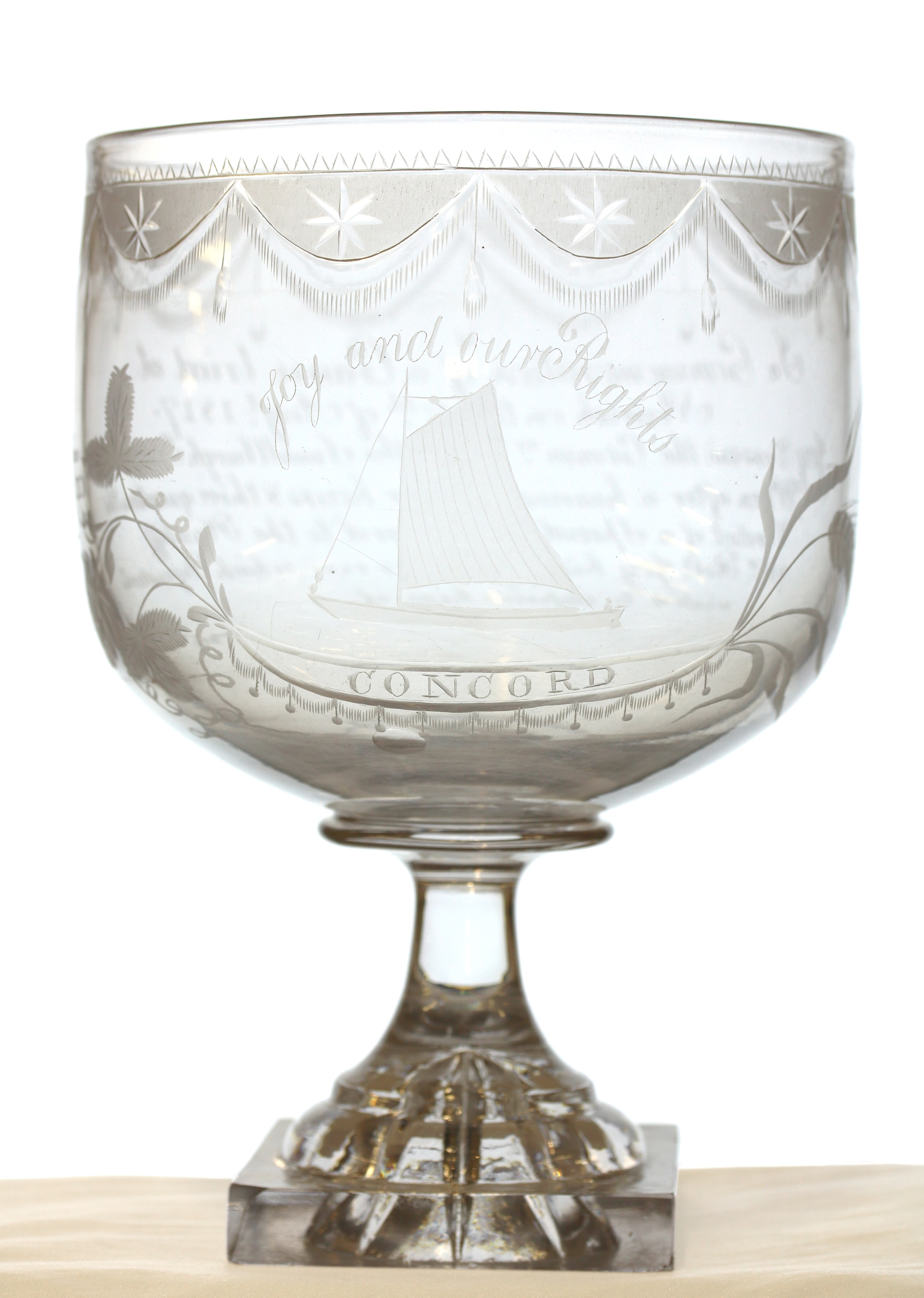 A documentary glass rummer,
c.1817, the rounded bowl engraved with a ship titled ‘Concord’ below ‘Joy and our rights’, the reverse engraved with ‘In commemoration of a cause tried at Norwich on the 7th of Augt 1817. Joy (versus) the Comm' under the Smallburgh Inclosure Act, When after a hearing of four hours & three quarters, the verdict of a special jury securd to the Plantiff Mr Robt Joy his rights for ever which defendants wish’d to deprive him of’, raised on a short stem and radial star foot,
18.1cm high

From the final quarter of the 19th century are two cameo glass vases signed for the Thomas Webb & Sons - the Stourbridge factory responsible for some of the finest examples of the ‘cameo revival’.

As interest in classical Greek and Roman glassworking methods surged in the Victorian period, the ancient process of etching and carving through layers of opaque white and coloured glass was studied, revived, and then perfected by a number of Midlands makers in the mid Victorian period. Webb, based at the Dennis glassworks, won prizes for their products at the 1889 Paris Exposition.

The best of the duo of vases is guided at £800-1200.  A layer of milky white glass has been cut away - via acid-etching and hand carving on a wheel - to reveal a citron ground and an unusual design of two monkeys amongst branches.

Bringing the collection into the post-war era is a goblet, c.1950 decorated by celebrated glass engraver, writer, and architectural historian Laurence Whistler (1912-2000). This particular design, executed in Whistler’s favoured diamond point engraving technique, depicts a peacock butterfly fluttering over a village. The piece pictured in Whistler’s 1975 book The Image on the Glass, it is expected to bring £800-1,200.

1950, by Laurence Whistler, decorated with a butterfly above an open book, enclosed by a net and a monocular microscope, all before a village in the background, the foot inscribed 'Nymph they have labelled you! But can they hope to pin your daring mind with that dull microscope?', 'LW' signature to the base of the bowl,

The glass collection, part of our December 14-15 Fine Interiors sale, comes from the collection of the late Peter Crofts (1924-2001), a Cambridgeshire antique dealer whose own story was extraordinary.

After schooling at Wisbech grammar, Peter Crofts, the scion of a local farming family, had volunteered to serve in the Fleet Air Arm and subsequently went to the US to train as a pilot.

Tragically, on March 25, 1945, a month and a day before his 21st birthday, the engine of his Corsair F4U burst into flames during take-off at US Naval Hospital in Jacksonville, Florida. Both his legs were amputated and he had spent three and a half years recovering in hospital.