Barry and Betty Power were married in 1952 and lived for many years in a Grade II listed half-timbered house in Worcestershire. This Fine Interiors Sale features the Powers’ Collection of carefully selected pieces.

Barry and Betty Power were married in 1952 and lived for many years in a Grade II listed half-timbered house in Worcestershire. Beginning with the inheritance of family heirlooms and the purchase, as they began their married life together, of a Charles II oak gateleg six-seater dining table, they were avid collectors for almost seventy years. Alongside their sterling work in the local community, this passion became their focus. They furnished their home with very good examples of their type through respected dealers in East Anglia and Warwickshire, such as Turpin Antiques, Thaxted; Saffron Walden dealer, Maureen Morris; Adams Antiques in Nantwich and Duncalfe Antiques, Rugby.

This Fine Interiors Sale features the Powers’ Charles II oak dining table, purchased from Vesey Manor Antiques in 1955 for £30 and now estimated at £500-1000, alongside an array of the Powers’ lovingly cherished Georgian and earlier formal and vernacular furniture. An 18th century oak and crossbanded lowboy bought for £145 from Sutton Coldfield dealer, Thomas Coulborn, is today expected to bring £400-600, while a Regency mahogany and rosewood banded sofa table, estimated at £1000-1500, was bought by the Powers in 1975 for £845. 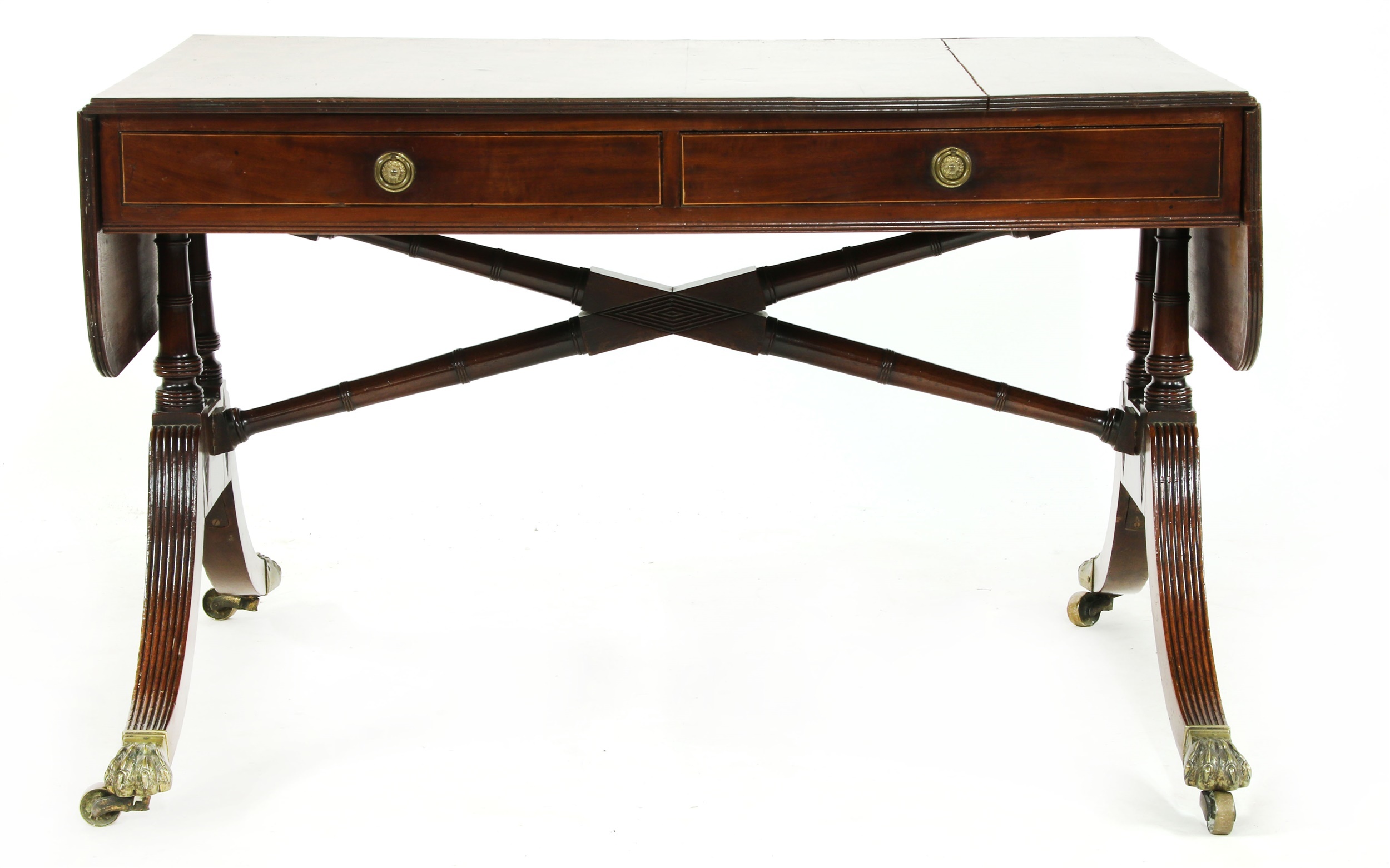 Each carefully selected piece was placed alongside pearlware figures, pewter, brass and copper vessels, as well as 19th century rural landscape oil paintings. An early 19th century needlework sampler, worked by Elizabeth Cheetham, aged 11, with trees, deer and a verse within a maple frame, had been purchased from Saffron Walden dealer, Maureen Morris, in 1993 (estimate £200-400), while a picture of two ewes and a ram in a landscape, made entirely from grains of coloured sand, had been bought from dealer Sue Killinger in 2007 (estimate £500-800). The sand picture is in the manner of Benjamin Zobel (1762-1831) who is credited with introducing the technique into England using compositions taken from his friend, George Morland, and sand sourced at Alum Bay.