The Best of Fairyland from New Zealand

Fairyland Lustre, Wedgwood’s most distinctive range of the inter-war years, was the project of one designer, Daisy Makeig-Jones (1881-1945). She combined technical breakthroughs - in particular the creation of a rainbow of liquid lustre colours - with borrowings from a rich variety of Victorian and later published material, to create a playful world of pixies, elves, imps and will-o-the-wisps. 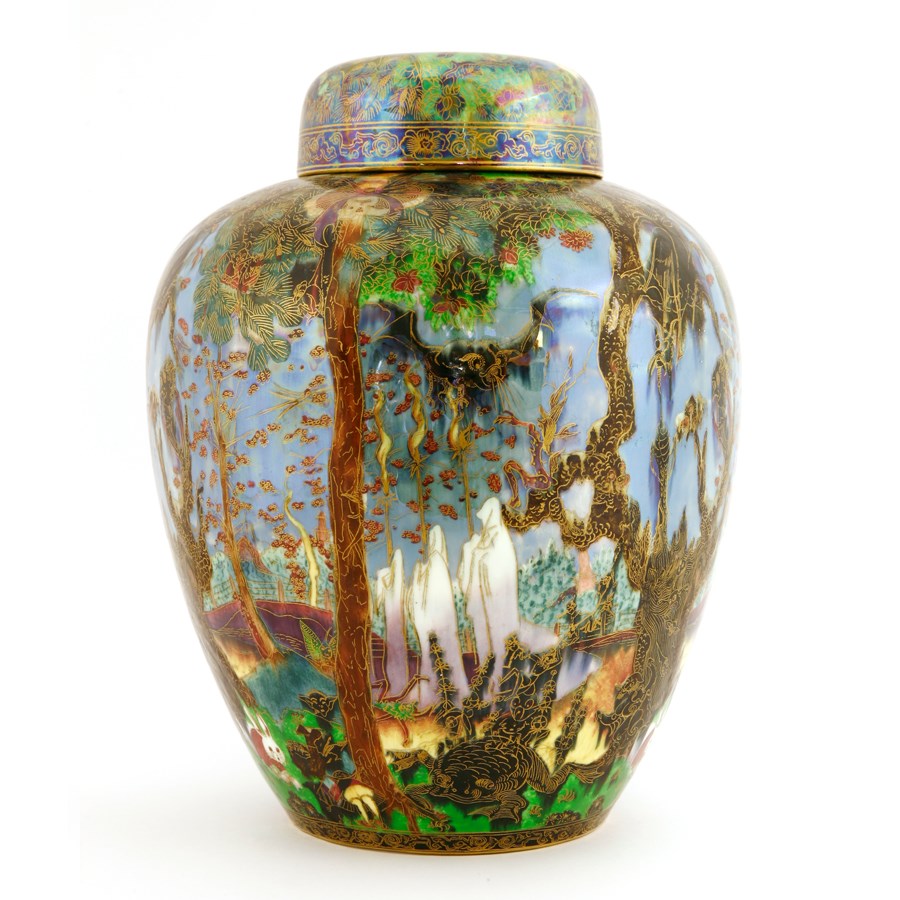 The opening page of a trade booklet titled Wedgwood Fairyland Ware (1921) page reads: “The doors of Fairyland are many but hard to find. Some are hidden in hollow trees or caves, others are in wells or lakes, or at the bottom of the sea. It’s possible to get there by climbing up a rainbow, a sunbeam, a moonbeam or by getting a leprechaun to make you a pair of fairy shoes.”

At its peak, Makeig-Jones’ Fairyland range numbered dozens of shapes and close to 60 patterns - most of them made until 1931 or available by special order until 1941 when the remaining stock was sold off. It sold particularly well in a number of key English-speaking export markets.

At 33cm high the vase and cover or ‘malfrey pot’ (shape number 2312) consigned for sale next month is among the largest and most impressive in the range. The pattern number 24968, is known as Ghostly Wood, recalls the drawings of illustrators such as Edmund Dulac, Arthur Rackham and Kay Neilsen.

Remarkably, the original receipt, dated January 27, 1926 has survived. On headed paper for John Bates & Co Ltd, China and Crystal Specialists, Christchurch, New Zealand, it reads ’One Wedgwood Fairyland lustre covered vase, £31,10s. It was bought by a descendent of the vendor who now lives in the UK. 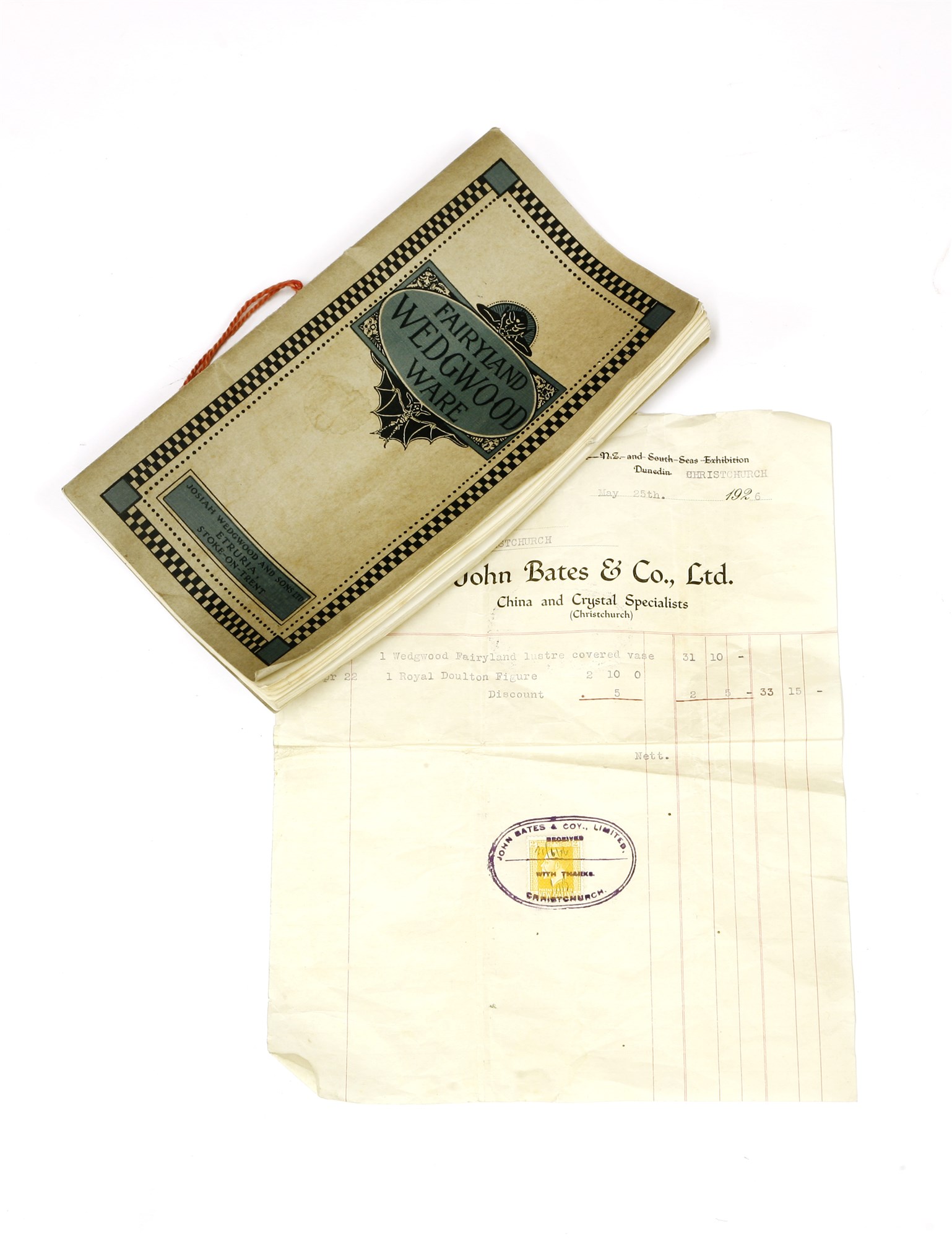 Although Fairyland was doubtless expensive at the time, today it has a committed international collecting base. The malfrey pot is estimated at £20,000-25,000.

The sale of 20th Century Decorative Art and Design follows a sale devoted to the Arts & Crafts movement that includes the Horlicks Collection of Robert 'Mouseman' Thompson furniture on October 9.

For more information about the Fairyland Lustre Vase and the forthcoming sale, please contact: johnblack@sworder.co.uk