The Book of Martyrs

For almost all of its existence, John Foxe’s (1517-87) ecclesiastical history, Actes and Monuments, has been known simply as the Book of Martyrs. The copy of Actes and Monuments included in our Books & Maps Timed sale is from the last of the four lifetime editions...

Published early in the reign of Elizabeth I, an era when the official religion had changed four times in less than 30 years, Foxe’s powerful Protestant polemic with its narrative of the martyred English, Bloody Mary and the enemy overthrown helped to frame the popular consciousness for over 400 years. English xenophobia and the fear of harbouring citizens bearing allegiance to foreign powers is anchored here.

Following its first printing by John Day in 1563, edition followed edition. However, it is those copies published within the author’s lifetime which today command a premium.

The copy of Actes and Monuments included in our Books & Maps Timed sale, opening on Friday 23 October, is from the last of the four lifetime editions. This 1583 version was expanded by Foxe to include his commentary on the St Bartholomew's Day Massacre (the wave of Catholic mob violence, directed against the Huguenots in 1572) titled ‘Discourse of the Bloody Massacre in France' and other shorter pieces. 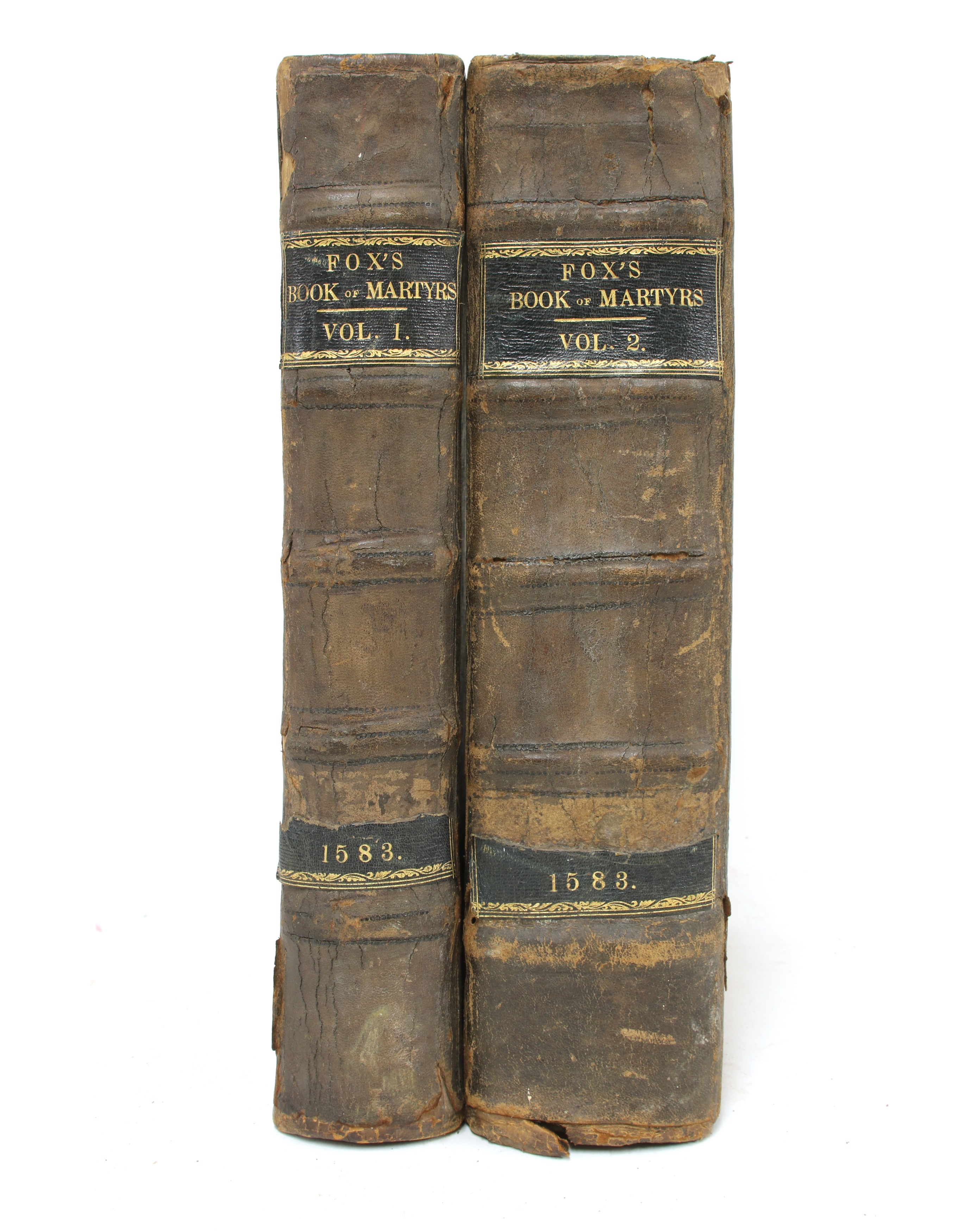 Running to 2300 pages, two volumes and 150 illustrations, copies were commonly chained beside the Great Bible  in cathedrals, churches and guild halls to be read and cited by ecclesiastical and common folk alike. The copy, from a private collection in Hertfordshire, shows signs of extensive use but retains most of the famous woodcuts. The estimate is £2,000-3,000