The Colony Room Club was arguably one of the most iconic afternoon drinking dens from Soho of which there were once 500, this napkin signed by members the year it closed is part of our London Auction. 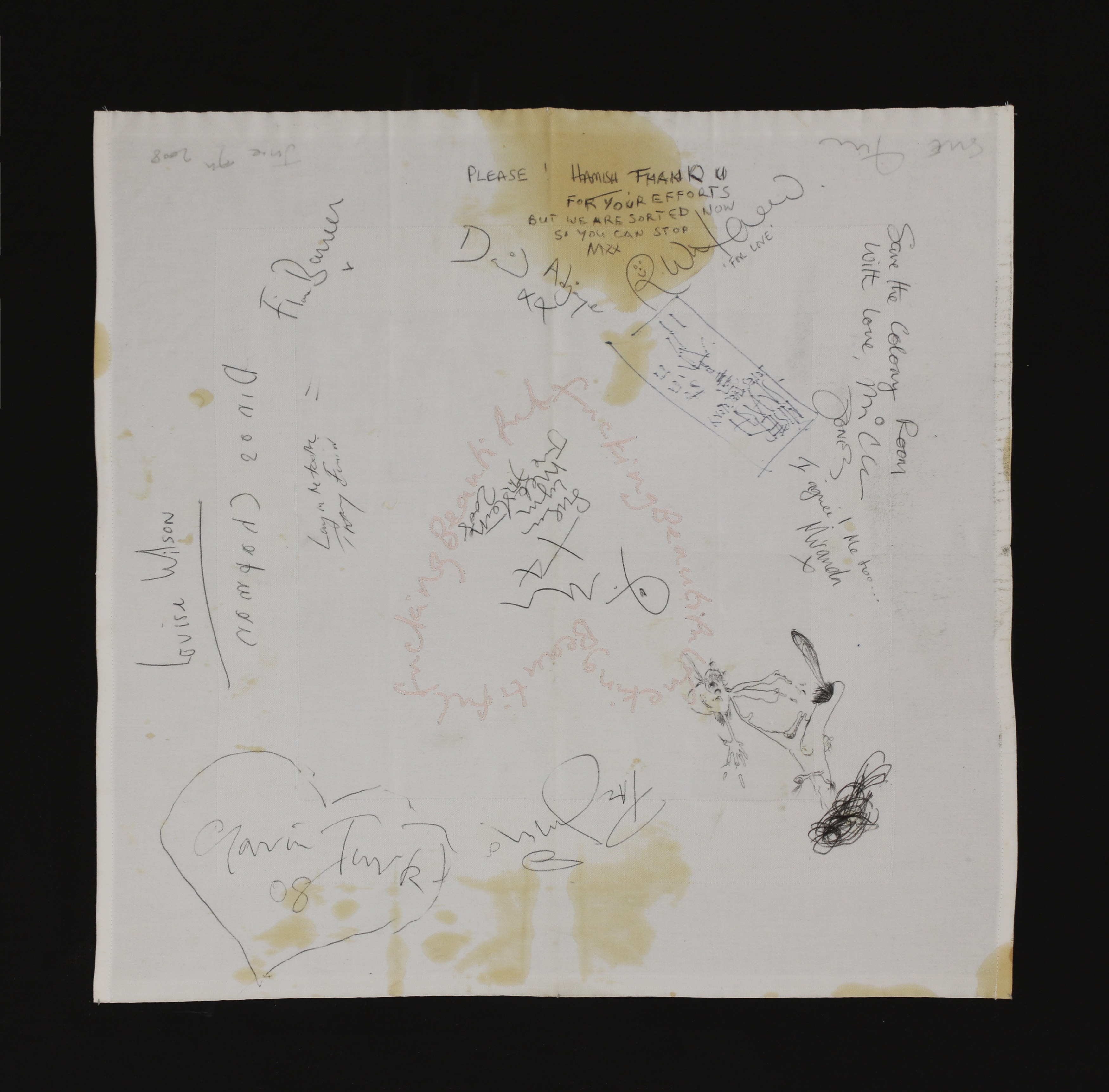 The Colony Room Club was arguably one of the most iconic afternoon drinking dens from Soho of which there were once 500, established in 1948 by Muriel Belcher who ran the club until her death in 1979. With Francis Bacon as a founding member, who supposedly walked in the day after it was opened was adopted by Belcher who gave him free drinks to bring in friends and rich clients. Since then the private members room attracted countless artists, poets, actors, gangsters and even members of parliament until it closed in 2008 under the management of Michael Wojas.

The napkin has been consigned to our December London Auction with an estimate of £1,000-1,500. If you have something London connection that you would like to sell contact london@sworder.co.uk