The Female Raphael of the Arts | Angelica Kauffman Works to Sell

We are delighted to be offering four works by Angelica Kauffman (1741-1807) in our forthcoming sale of Old Master, British & European Art, to be held live on Tuesday 27 September 2022.

Angelica Kauffman was one of the most internationally celebrated artists of the 18th century. “Miss Angel”, as she was known, was highly skilled and versatile, producing history paintings, portraits, landscapes and decorations for aristocratic clients and royalty throughout Europe.

Born in Chur, Switzerland to the artist Josef Kauffman, she was a prodigious talent in both art as well as music. She conquered Italy, France, Poland, Russia and also Great Britain enjoying the illustrious patronage of Catherine the Great, Maria Carolina of Naples and Joseph II of Austria among others. 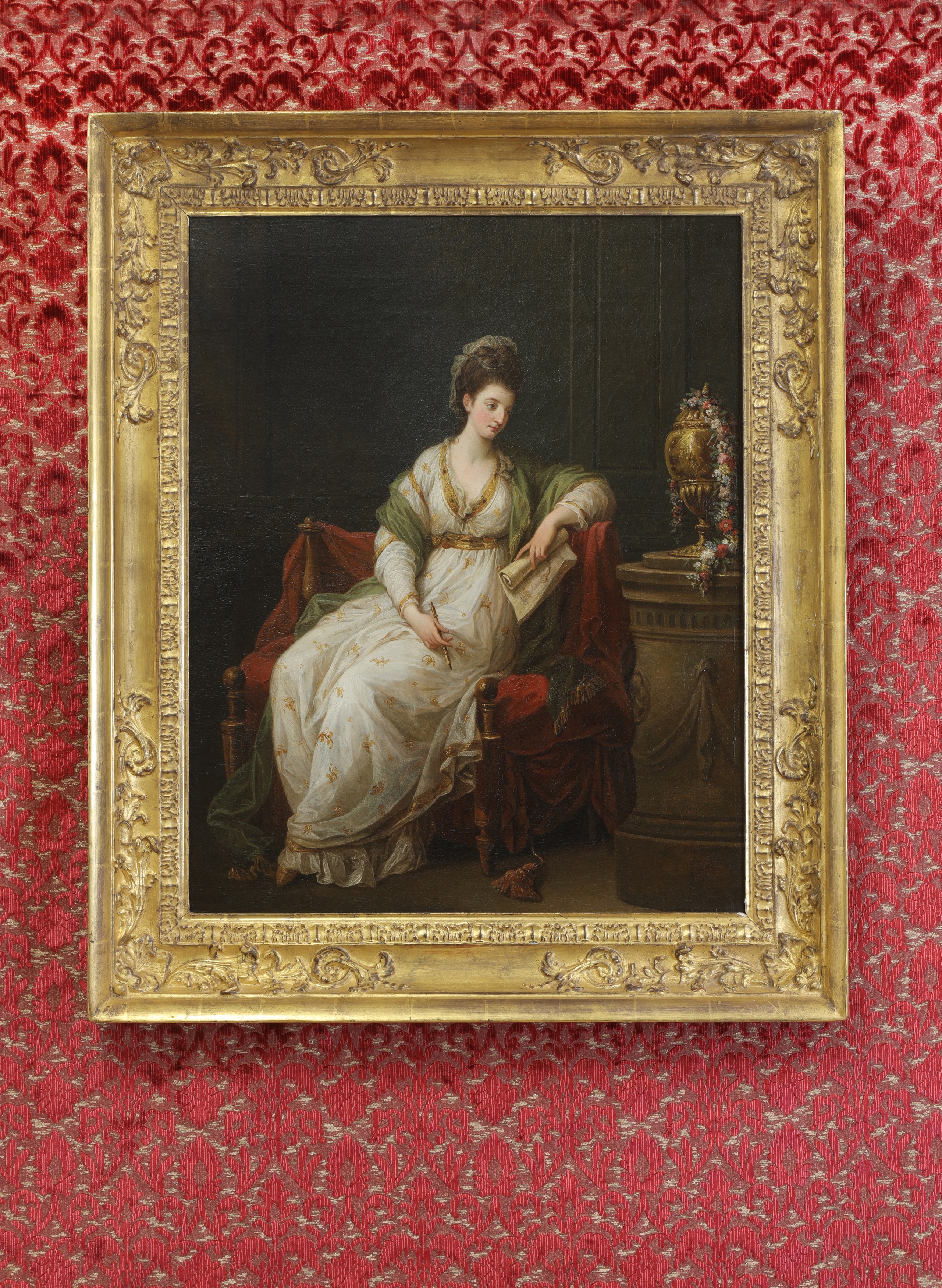 Lauded as the “Female Raphael of the Arts”, she was described variously as “Perhaps the most highly cultured woman in Europe” and “The best being of the world. It has no concept of such a talent”. She painted the most famous and fashionable of the day including David Garrick and Goethe. She was distinguished as one of only two women to be founder members of the Royal Academy of Arts, established in 1768 – an honour not bestowed on another female artist until 1936.

Kauffman’s ‘Portrait of Louise Henrietta Campbell as the muse of literature’ is a lovely example of her delicate and elegant style. Neo-classical in form, her sitter becomes a Greek muse. This full-length but small-scale portrait was the height of fashion in the late 18th century. There had been great strides in female education through the Georgian era and it was fashionable for women to wish to elevate themselves with the association of learning. The sitter was the daughter of Peter Campbell of Kilmory, Argyllshire.

In ‘Cephalus with Procris and Cupid’ we see the death of Procris, tragically fatally wounded by her husband Cephalus with a never-erring javlin. This classical myth was a typical subject in the 18th century when classical myth and legend were hugely popular. As with history paintings, the public did not shy away from dramatic and sometimes gruesome themes.

There has been much discussion in recent years of the neglect shown to female artists in Western art, particularly with regard to under representation in museum collections and inferior prices achieved for works on the market in comparison with male counterparts. Thankfully the pendulum has begun to swing in the other direction and the work of Angelica and other female artists is now receiving the attention and status within the canon that they so rightly deserve. Prices have increased at auction and there is a greater appetite amongst museums and galleries to acquire her work.

These two works, along with several others by the artist yet to be announced, will appear in our inaugural sale of Old Master, British & European Art on Tuesday 27 September. Be sure not to miss out on the launch of the new catalogue by signing up for alerts here and follow the department on Instagram @sworderspaintings

For more information about the forthcoming sale, please contact -