The Golden Age Of The Single Record

We are to offer the ultimate jukebox collection as part of our inaugural pop culture sale. Headlining Into the Groove Auction is a lot comprising every number one hit from 1952 to 1992 - 684 in total - from the ‘golden age’ of the single record.

Stansted Mountfitchet auctioneers Sworders are to offer the ultimate jukebox collection as part of its inaugural pop culture sale. Headlining Into the Groove, 1950-1975 is a lot comprising every number one hit from 1952 to 1992 -  684 in total  - from the ‘ golden age’ of the single record. 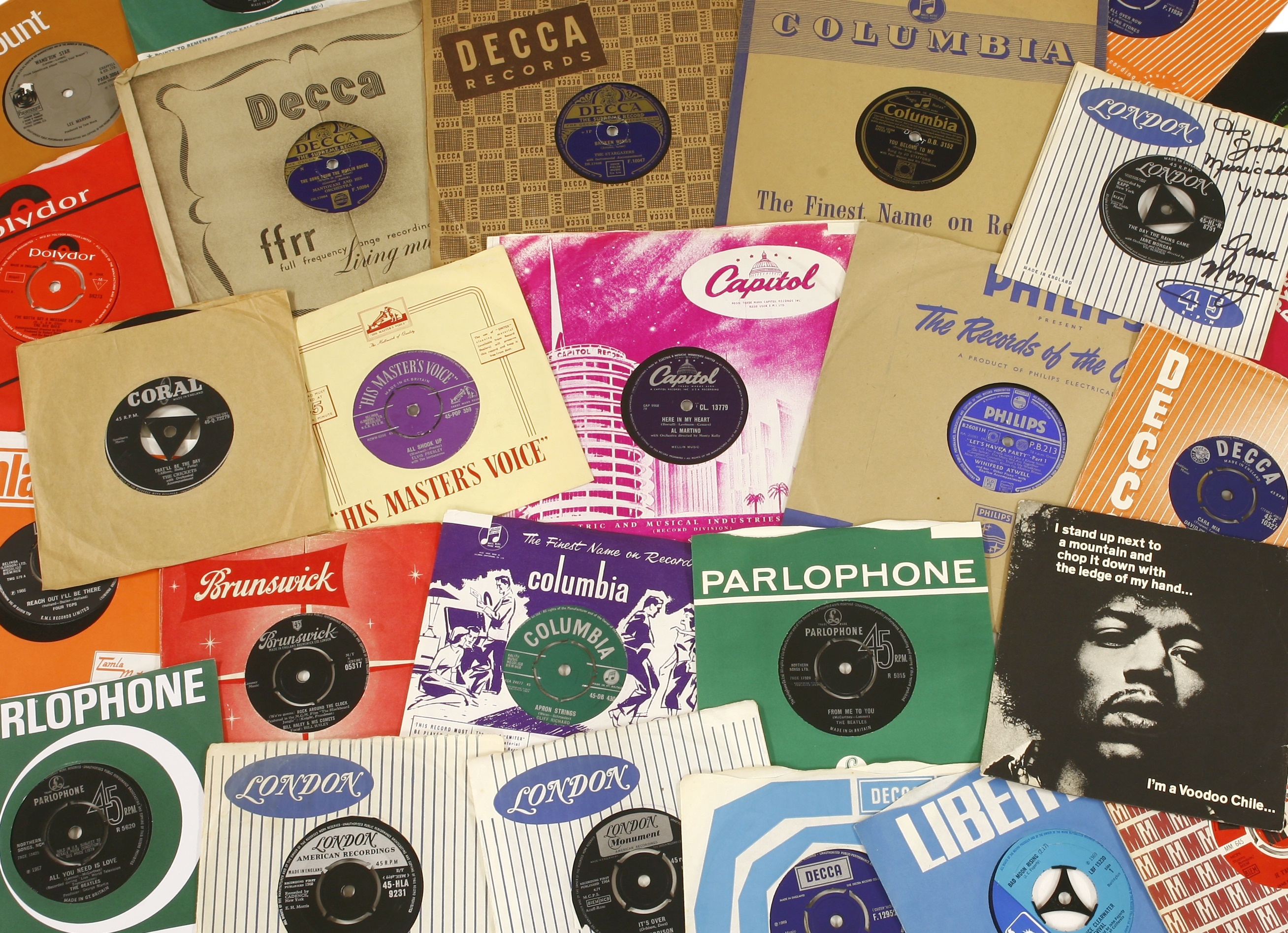 Until well into the post-war era, the ‘popular music charts’ reflected the sale of both sheet music and shellac 78 rpm records. All that changed in November 1952, when the music paper The New Musical Express (NME) published the very first singles' chart made up of purely record sales. The first ever ‘number one’ was 'Here in My Heart' by Al Martino.

Most of those early best sellers were reflective of the tastes of an older generation - crooners such as Perry Como, Guy Mitchell and Frankie Laine - but in the creation of ‘the hit parade’ there was the seeds of a teenage revolution. With the arrival of the jukebox-friendly ’45’ or 7-inch ‘single’ (the first number one to be available on 45 was 'Cara Mia' by David Whitfield released on the Decca label in July 1954) pop culture began to change.

In November 1955, Bill Haley and his Comets made number one with 'Rock around the Clock' while July 1957 saw a young man called Elvis Presley hit the top spot for the first of 17 times with 'All Shook Up’.

For vendor Tim Claydon, finding an original copy of every one of the 684 best sellers between 1952 and a format change in 1992, has been a 44-year odyssey. “My collection was fuelled by my grandmother taking me, in 1963 as a three-year-old, into Woolworths in Maldon High Street  to buy my very first single.” He chose She Loves You by The Beatles - the best selling single of the 1960s and the second of the Fab Four’s 11 consecutive chart toppers. He recalls: “As a young child I played my parents' discs on our little record player, some 78s and some 45s. If not listening to those over and over again, I would be listening to Radio Caroline or Radio Luxembourg on our transistor radio.” These were the years when a large part of the population sat at home on a Sunday evening to hear the weekly countdown of the top 20 best-selling songs. 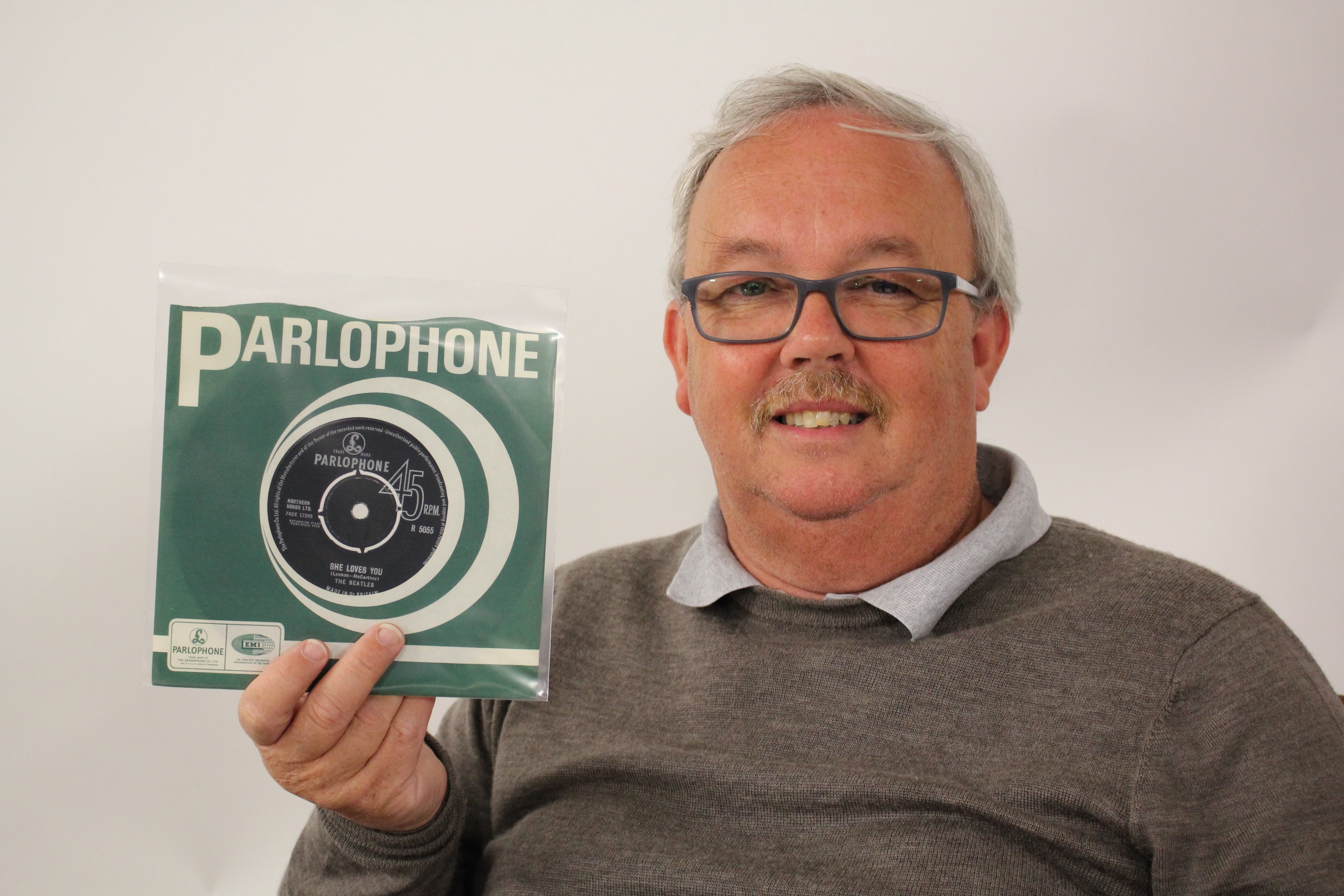 The last song in this collection is 'I Will Always Love You' by Whitney Houston (No. 684). It sat at the top for ten weeks, before new-format charts, that included cassette tapes, CDs, and now of course downloads, were devised. 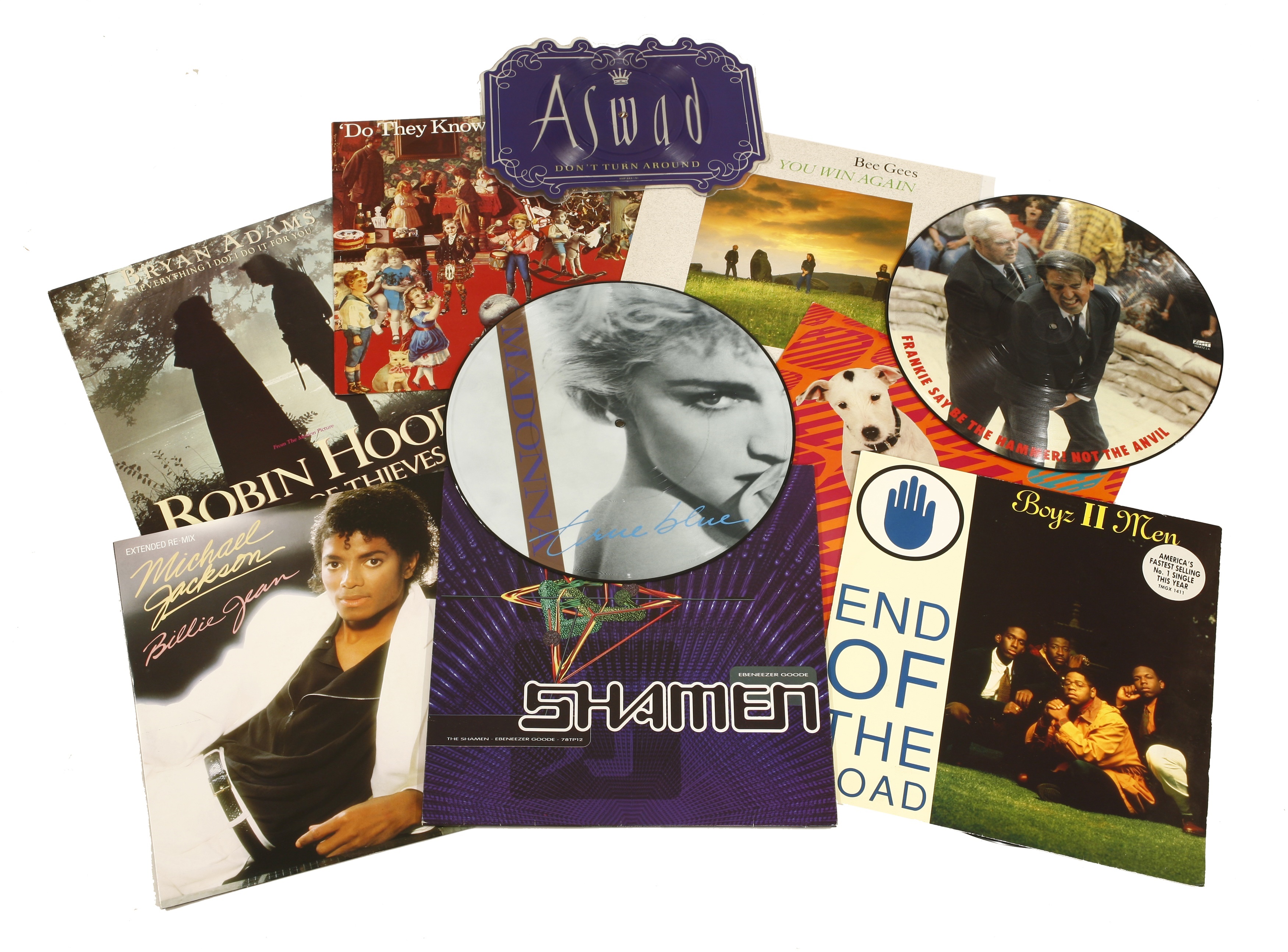 The ultimate jukebox collection forms part of Sworders' inaugural sale titled Into the Groove, 1950-1975. This July 7 auction for the TV generation will broaden collecting horizons beyond the thriving market for rock and pop collectables to embrace the design, fashions, ideas and memorabilia of the immediate post-war era.