The King’s Cup Race, run by the Royal Aero Club Records Racing and Rally Association, and open to Commonwealth pilots, was established by George V in 1922 as an incentive to the development of light aircraft design. 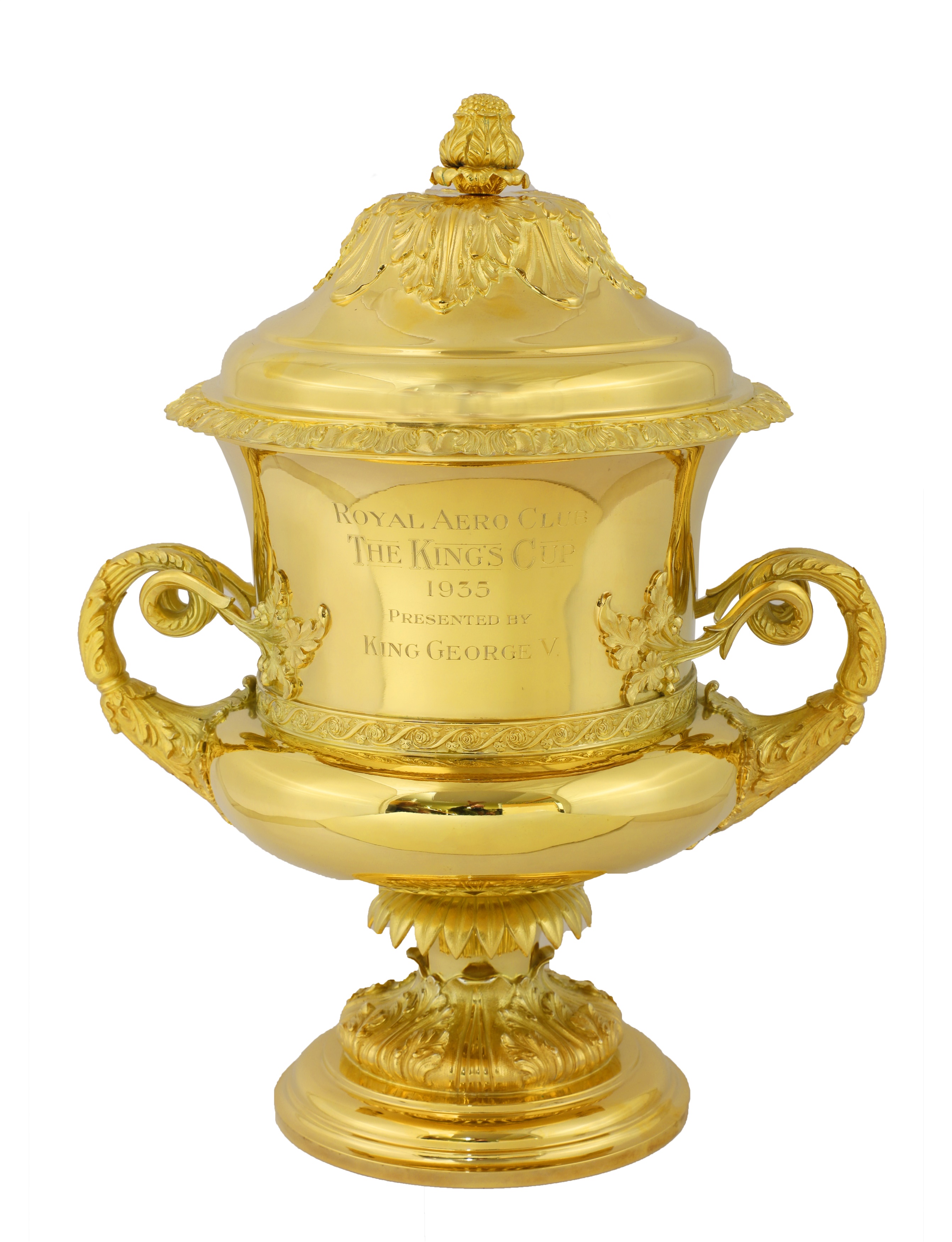 The inscription to this impressive neoclassical silver gilt cup and cover reads ‘Royal Aero Club, The King’s Cup, 1935 Presented by King George V.’ It is marked for London maker Henry Hodson Plante, 1934, and weighs 151ozt. The reverse is engraved with the Royal Warrant.

The King’s Cup Race, run by the Royal Aero Club Records Racing and Rally Association, and open to Commonwealth pilots, was established by George V in 1922 as an incentive to the development of light aircraft design. Along with the Schneider Trophy held between 1913-31 it was one of the most prestigious prizes of the air racing season.

The 14th event held on 7 September, 1935 at the Hatfield Aerodrome was won by Tommy Rose (1895-1968) in his prototype Miles M.3 Falcon. The former WWI flying ace recorded an average speed of 176.28mph, using the same aircraft the following year to reduce the UK to Cape Town passage record to 3 days 17 hours and 38 minutes.

This trophy comes for sale by descent from the collection of Charles Cheers Wakefield, 1st Viscount Wakefield, founder of Wakefield Oil the forerunner of Castrol Oil. Wakefield was a keen follower of high speed pursuits, whether they were on land, water or in the air. He helped finance Amy Johnson’s record-breaking flight to Australia, sponsored Sir Henry Segrave’s 'Miss England III' project and aided Sir Malcolm Campbell with both his land and water 'Bluebird' speed ventures.

According to family lore, this cup came into Lord Wakefield's possession in lieu of a debt to the Royal Aero Club and has remained in the family ever since.