North Mymms Park - The Principal Contents. To be sold by Sworders Fine Art Auctioneers at the Stansted Mountfitchet Salerooms on 17-18 April 2018.

Situated in the Hertfordshire countryside, just four miles from Hatfield and six from St Albans, is one of Britain’s finest Jacobean homes. North Mymms Park. And on the 17-18 April, Sworders Fine Art will sell its primary contents.

The current house at North Mymms was built in the last days of the 16th century for the Coningsby family – High Sheriffs of Hertfordshire.

Although remodelled and resold a dozen times across four centuries – in its most recent guise the property was a corporate training centre – the building remains unapologetic in its Jacobean grandeur. 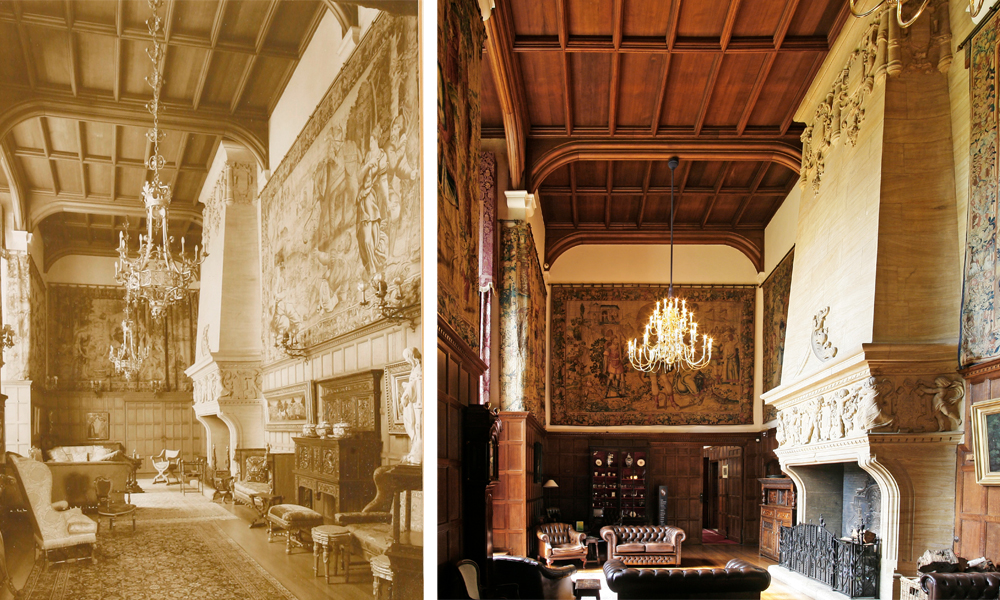 Even in recent years this great survivor has continued to surprise. When in the 1980s dry rot caused a beam to break, it revealed, behind shattered Edwardian panelling, a remarkable painted plaster frieze depicting the Nine Worthies, perhaps as old as the house itself.

Across its many guises North Mymms has been a sanctuary for fine quality art and antiques.The exquisite tapestries here have long been revered – a reminder of an era when such monumental weavings were the ultimate expression of status, power, taste, and wealth.

Nineteen of these larger-than-life textiles, created in weaving workshops across northern Europe from the mid 16th to the mid 18th century, form the centrepiece of Sworders’ sale.

Most were collected by the Anglo-American banker Walter Hayes Burns (1838-97) and his wife Mary, who purchased the estate in the 1893 to accommodate their growing art collection.

The tapestries have been in the property since then – remaining at North Mymms following a contents sale in September 1979.

The group includes two part sets that came to the house via the great American financier and collector John Pierpont Morgan (brother of Mary Burns) who had acquired them from the Palazzo Verde in Genoa.

Five depict scenes from the Labours of Hercules after the Flemish painter Bernard van Orley. Six hanging in the Long Gallery tell stories from the life of Julius Caesar.

Another panel emblematic of September is English – one of a series depicting the months of the year made at the Mortlake Tapestry Factory established on the banks of the Thames during the reign of James I (estimate £8,000-12,000). 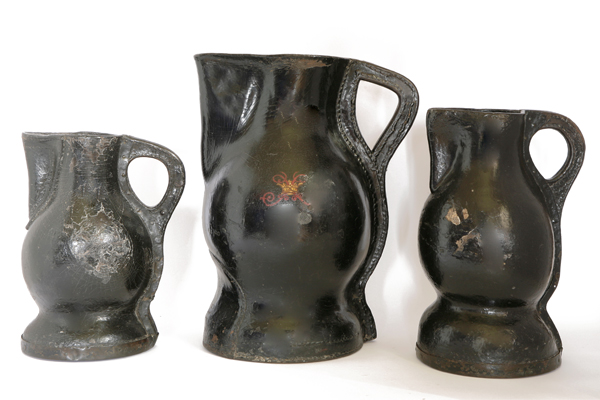 The house has many reminders of its 17th century roots – vernacular furniture, leather blackjack jugs, and Tudor and Stuart portraiture.

A Charles I muniment or travelling chest (estimate £3000-5000) dates from c.1640, a turbulent moment in the history of this region and the house itself that was ransacked by Cromwell and his troops in 1642.

The chest is covered in leather with studwork decoration picking out a crown and the initials CR. A label to the interior references the opinion of the early 20th century English furniture historian Percy Macquoid and records its purchase in 1917 for £65.

Hanging in the marble hall is an English School full length portrait of a gentleman once thought to be Sir Francis Drake 1594 (estimate £10,000-15,000) and in the Minstrels Gallery, a panel portrait of William Cecil, Lord Burghley in garter robes (estimate £15,000-20,000). 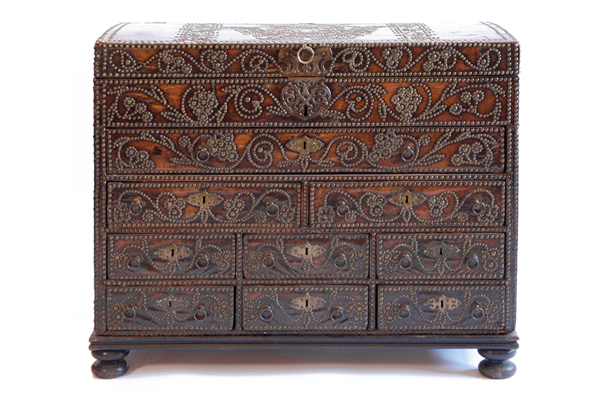 A rare Charles I leather and studwork muniment or travelling chest. Estimate: £3,000-5,000

But the current collection spans a full five centuries of artistic endeavour.

More than 100 paintings in the sale range in date and style from a 16th century Tyrollean panel painting to a generous selection of Georgian and later marines. From the 19th century is a series of charming oils of prize cattle and a group of original watercolours by two renowned British ornithological artists Admiral Robert Mitford (1781-1870) and Prideaux John Selby (1788-1867).

Many fine examples of English and Continental furniture – including a Victorian exhibition quality inlaid satinwood cabinet and two stylish Regency neoclassical sideboards – are complemented by more typical country house fare, much of it retrieved from the attic store. 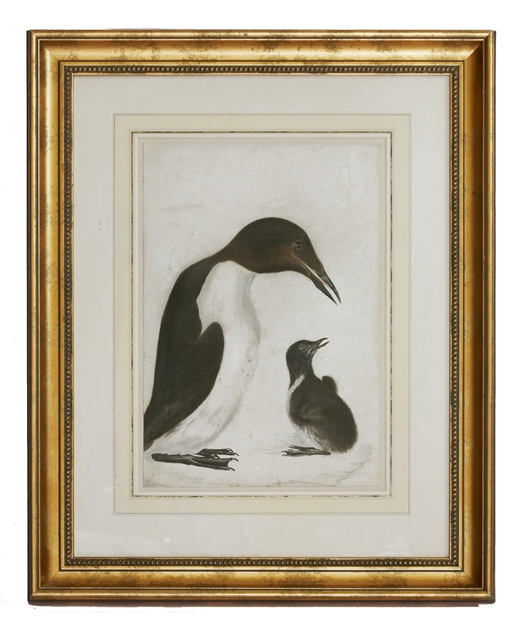 Silver at North Mymms ranges from a pair of richly cast and chased George IV silver candelabra made by London silversmiths Charles and John Fry (estimate £15,000- 20,000) to a rare 18th century teapot by the well-known Aberdeen goldsmith George Cooper (estimate £1000-1200).

Bringing the collection up to date is a collection of post-war goblets, commissioned from leading contemporary silversmiths from the 1960s to the present day. 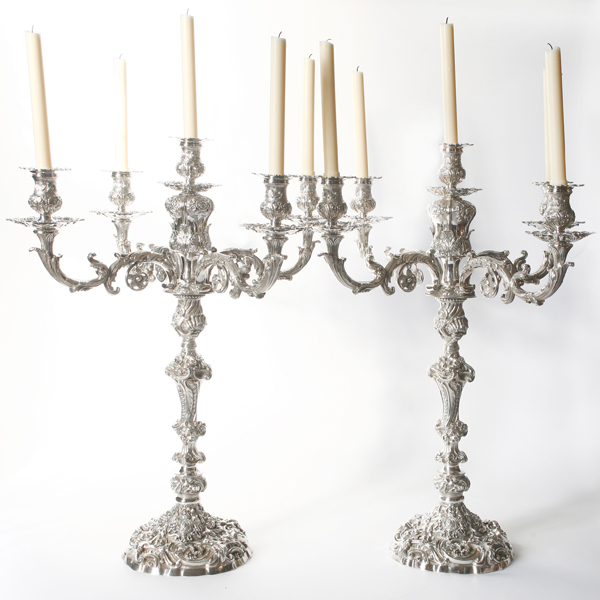 In total 650 lots will be sold at the Stansted Mountfitchet Salerooms, with estimates starting at just £50. The contents are valued at around £1m.

Guy Schooling, partner and chairman at Sworders who has done valuation work at North Mymms for many years, comments: “This will be perhaps the finest house sale Sworders have conducted in 30 years. It promises to be among the most important auction events of the spring.”