An exciting studio collection of paintings and drawings by the artist Raymond Bradshaw (1918-1997) will go on sale in our Modern & Contemporary Art Timed Auction that will run from Friday 5 to Sunday 21 November.

Bradshaw trained at the Westminster School of Art from 1936 to 1938 under the tutorship of Mark Gertler (1891-1939), Bernard Meninsky (1891-1950), Mervyn Peake (1911-1968), and Adrian Hill (1885-1977). His relationship with these artists remained close and Bradshaw was deeply affected by Gertler’s suicide, just one year after he had finished studying at Westminster. Only ten years later Meninsky succumbed to the same fate, Bradshaw was known to ponder this, and works such as ‘Ode to Meninsky’ have been exhibited in the past.

Raymond Bradshaw at his easel

Drawings by Bradshaw’s tutors are included in the collection and even the most delicate studies have been carefully preserved, turn to lots 162-167 and lot 175 for examples by Gertler, Peake, and Hill drawn in the years 1936 to 1938 (example below). 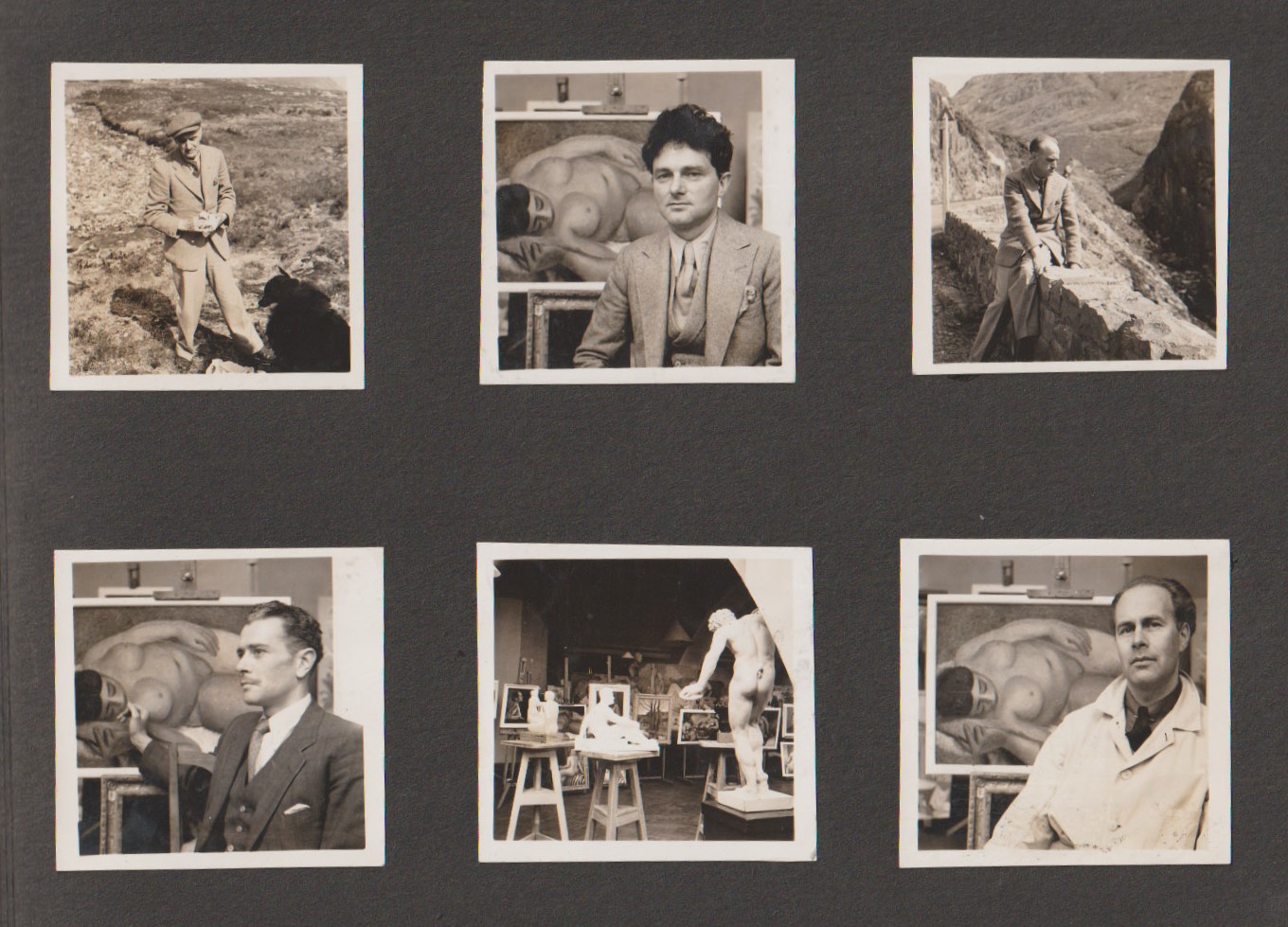 Bradshaw took inspiration from ballet, music, theatre, and travel. His returned focus on ballet is evident in lots 147 and 152 (below left), as well as in his collecting habits, such as Dorothy King’s charming study of a ballerina adjusting her ribbons (lot 170 below right). He and Dorothy were great friends and shared models including ballerinas, often working together in her studio near the British Museum.

Together with two life drawings by the artist (not shown)

Together with two further examples by the artist (not shown)

Bradshaw exhibited frequently at the Royal Society of British Artists and at the Royal Society of Portrait Painters. His connection with the RBA and Hesketh Hubbard Art Society (of which he was Vice-President) maintained his closeness to the artists Denys G. Wells, Dorothy King, and Adrian Hill, whose works also feature in the sale.

After serving in the RAF during the war, he taught and was Head of the Art Department at Bancroft’s School, where he himself had been educated (1928-35).

Highlights of the Bradshaw collection include his ‘Self-Portrait’ (lot 146 at top). Painted on the eve of the Second World War, Bradshaw looks out at us, youthful and pensive. The composition is rendered with loose, expressive strokes. Of further interest is the Portrait of Major M. A. Fry, Indian Parachute Battalion (lot 144 above). As well as the two works by Michael Wishart (1928-1966), who was a friend of Francis Bacon and Lucien Freud (lots 168 below, and 169).