An example of the first ever record player – the machine inventor Emile Berliner (1851-1921) called the ‘gramophone’ – consigns for sale at Sworders in the spring. The hand cranked ‘Berliner’ dating from c.1890-93, forms part of a fine collection of ‘mechanical music’ and records amassed by the late Russell Malcolm Barnes (1929-2021).

Berliner, a German clerk in a Washington DC haberdashers, is credited with inventing both the first commercially successful disc record and the first machine to play it. At a time when the wax cylinder phonograph was king, in November 1887 he was granted patents for a method of recording sound waves on a zinc disc, following soon after with the device he christened the ‘gramophone’. 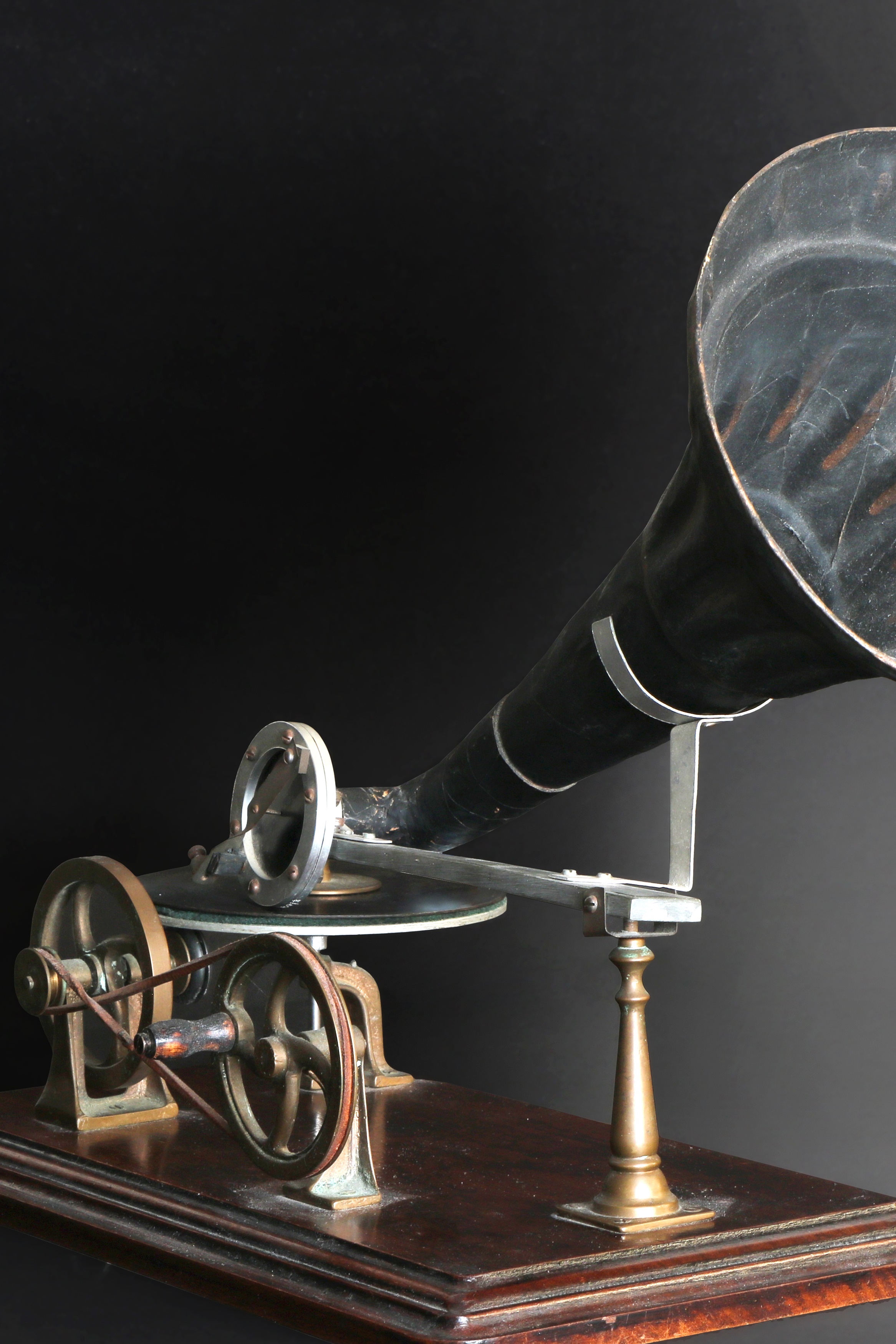 In time, the grooved disc, which could be stamped out far more cheaply than Thomas Edison's phonograph cylinders, would become the basis of the recording industry. However, the first commercial appearance of Berliner's invention was as a ‘toy’ made in Germany c.1890-93 by Kämmer & Reinhardt of Waltershausen. These machines, with a few improvements on Berliner's original model of 1887, amount to the very first production made gramophones. A number were exported to Britain including one on display in the Science Museum in South Kensington. The example in the Barnes collection is expected to bring £5,000- 10,000 when it sells in March.

Russell Malcolm Barnes worked at Bletchley Park and GCHQ and was involved in intelligence gathering. At his funeral, a senior officer from the intelligence corps was in attendance and the corps flag draped over his coffin. However, his true love was jazz. Himself a proficient self-taught pianist, he formed the Blandford Jazz Circle which invited numerous jazz ‘luminaries’ to play in Bournemouth. A lifelong friend of both Ernie Bayly, editor and publisher of the Talking Machine Review and Sinclair Trail, the founder of the Jazz Journal, he was also a prolific collector of early jazz, blues, opera, and music hall recordings and the mechanical devices upon which to play them. The collection will be offered in 71 lots.

A group of more than 100 Berliner 7 inch discs is offered with a guide of £7,000-8,000. In addition to a large variety of musical compositions is a rare disc from 1888 on which Emile Berliner reads the Lord’s Prayer, and another produced by the Daily Mail newspaper to raise funds for soldiers wounded during the Boer War. 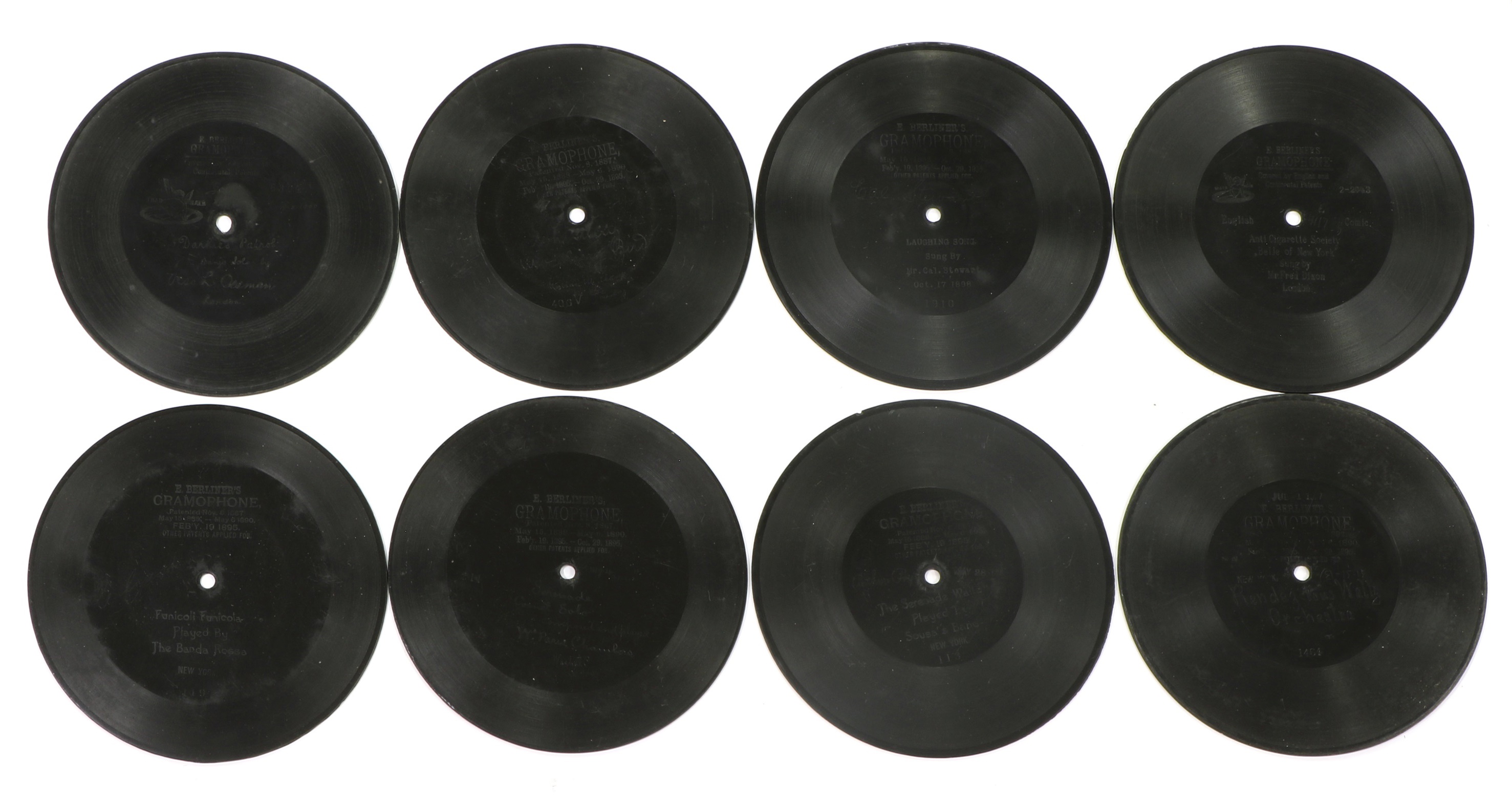 Alongside a fine example of the Edison gem, the most successful of all phonographs (estimate £300-400), is the Axton Grand – an English phonograph patented in 1903. Archival evidence references these machines at demonstrations in 1904 but it seems only a handful were produced before the company was wound up 1906. Possibly the first that has appeared for sale at auction, it is expected to bring £3,000-5,000.

A selection of highlights from the collection will be available to view at our London Gallery in Cecil Court from Wednesday 9 - Friday 18 February.