The Sword Of A Second World War Victor 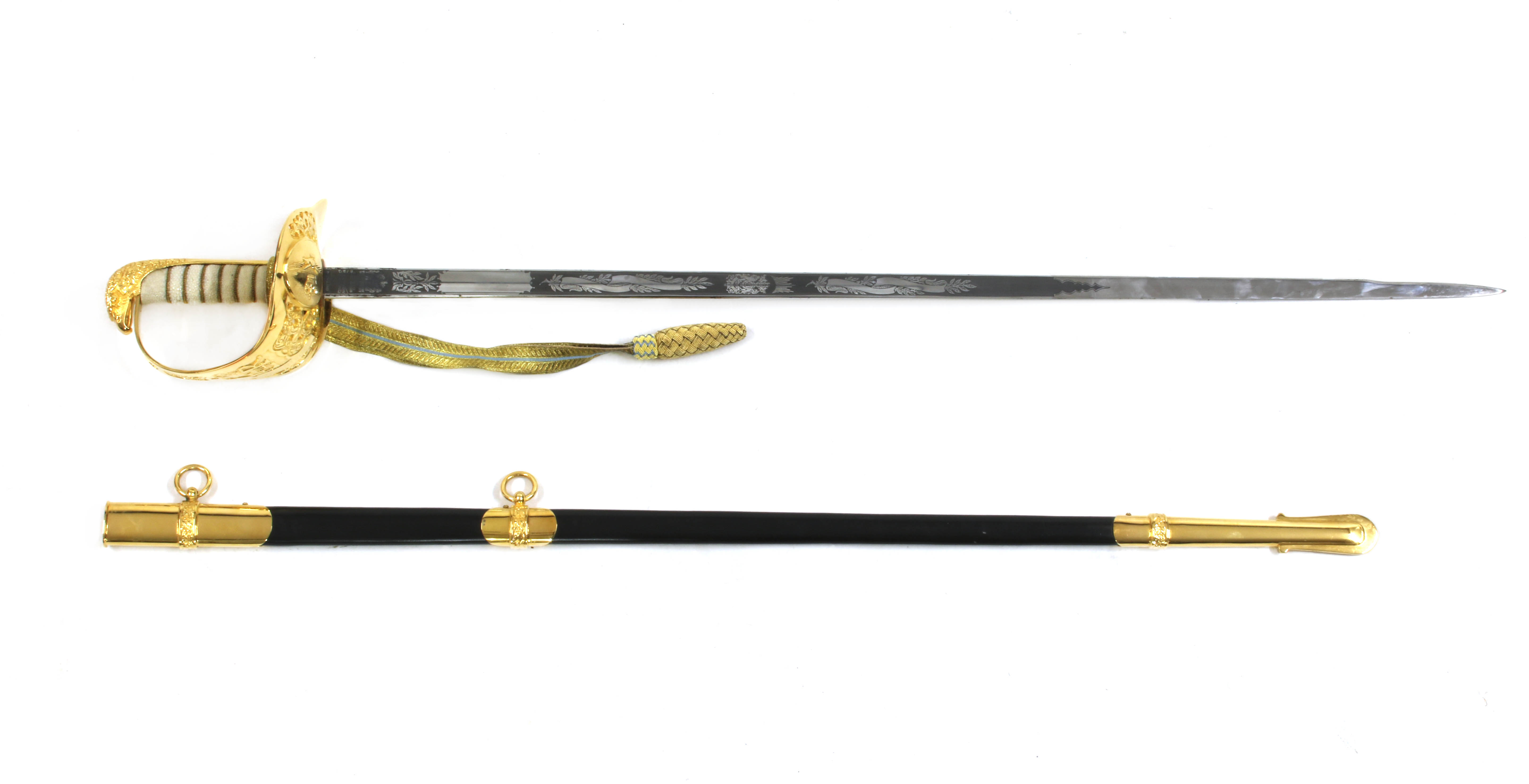 An Elizabeth II RAF dress sword belonging to a squadron leader who led top secret wartime missions into continental Europe will be sold in our upcoming Fine Interiors two-day sale on 8-9 December. The sword came from the family of the late Wing Commander Leonard Ratcliff (1919-2016) of Great Chesterford, near Saffron Walden.

Ratcliff, who later in life was a grain merchant for Spillers, was the recipient of a DSO, a DFC and Bar, the Croix de Guerre Alec Palme and the Lêgion d’honneur.

His 161 Special Duties Squadron of around 200 men and craft, based at the secret RAF airfield at Kempsford in Bedfordshire, was responsible for the dropping of secret agents and equipment to aid resistance movements into Nazi occupied Europe. One can only imagine how extrodinarily dangerous these missions were, during its wartime activities, casualties amounted to 600 - effectively meaning the whole of 161 squadron was wiped out three times.

Flying Halifax Havocs, Hudsons and Lysanders, Ratcliff took part in a remarkable 70 moonlight missions. Most famously, his cargo included Yvonne Cormeau (1909-1997), codename Annette, whose work as a wireless operator with the French Resistance was immortalised in the 2001 film Charlotte Grey. She was awarded an OBE from the UK and the Lêgion d'honneur and Croix de Guerre from France.

For more information about this lot please contact James Pickup