With 2017 drawing to a close, we reflect on the highlights of the past year and look forward to exciting new ventures for 2018.

When the hammer fell at £42,000 for the stunning Mughal court miniature painting on December 5, it proved the climax of what has been an exciting year for Sworders that also began with a bid for £42,000. The extremely fine watercolour, highlighted in gold, is thought to depict Shah Jahan himself, along with his beloved wife Mumtaz Mahal, for whom he built the Taj Mahal as a mausoleum following her tragically early death in 1631. Attributed to the Govardhan, the greatest painter to the Mughal court, the painting had been in the same East Anglian collection since 1846, when a handwritten document by an expert in Arabic and Persian manuscripts was pasted to the back. 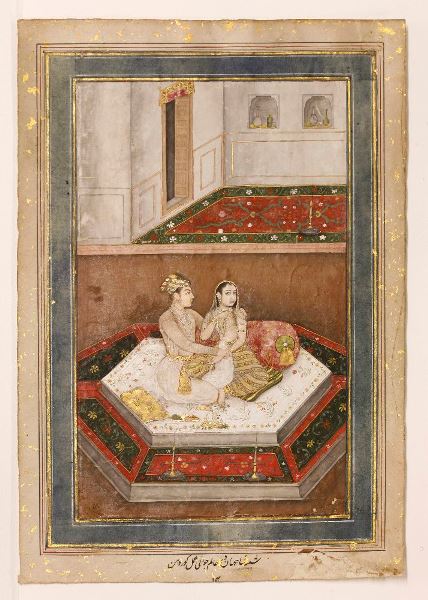 Shah Jahan in The Time of Youth ascribed to Govardhan.

Such magnificent moments are the icing on the cake for auction houses like ours, knowing that, thanks to the high levels of expertise and global buying reach we enjoy through our marketing and the internet, we can compete with the top metropolitan auctioneers when it comes to client service.

Live online bidding from anywhere in the world creates a huge opportunity for us and those who consign to us, but we recognise that fulfilling that promise is also dependent on first-rate levels of expertise in every department. We are proud to have added to our team of specialists significantly in 2017, complementing the highly experienced talent we already have in our Prints, Paintings, Silver and Marketing teams in a way that allows us to extend the range of sales and niche areas of expertise we offer.

This was a year when established market trends became more pronounced, with traditional 19th Century decorative items continuing to struggle, while the more modern 20th Century and late 20th Century pieces prospered. Especially noticeable was the rise of contemporary design, which is becoming ever more popular, as 30 and 40 year olds who are now furnishing their homes may well buy a Warhol or Banksy print but will not consider an original Victorian landscape painting at third of the price.

There is an extraordinary amount of money available to purchase extraordinary pieces, but much less for the more humdrum. The gap between the best and the rest grows ever wider.

The year began with a bang, with two extraordinary and rare pieces by Cotswold designer Ernest Gimson, a walnut secretaire realised an extraordinary £42,000 and a cedar linen press £22,000.  Both pieces came with an impeccable local provenance, having been in the same family from their manufacture at the dawn of the 20th Century. It has been argued that the Cotswold Arts and Crafts movement exemplified by Ernest and Sidney Barnsley in Sapperton near Cheltenham is the only truly original English art movement; if this is indeed the case, the movement deserves the attention and credit these unique pieces attracted. 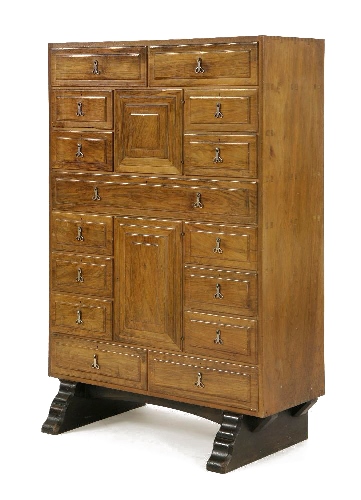 Modern British Art continues on an upward curve, Sworders are now acknowledged as the principal purveyors of important Great Bardfield artists such as Eric Ravilious, Edward Bawden and John Aldridge.  Furthermore, the rich tradition of East Anglian art has also found a champion in Sworders, for which we are delighted to be increasingly recognised further afield. This year’s highlights included £9,800 for Edward Bawden’s watercolour of St Nicholas’s Church, Fyfield and £22,400 for an extraordinary bronze by Sir Eduardo Paolozzi RA, Self-Portrait with a Strange a Machine, previously owned by Great Bardfield artist Michael Rothenstein. 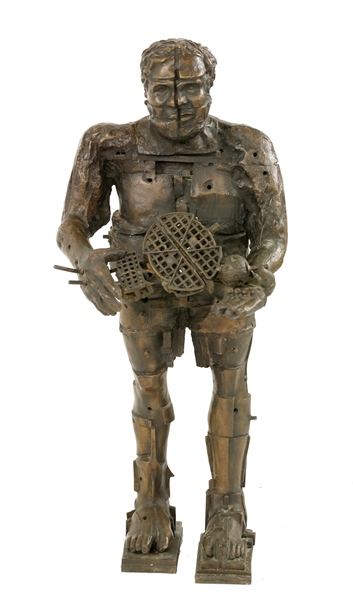 A true highlight of the year was the arrival of Shane Xu to establish our Modern and Contemporary Prints Department. Shane has conducted two successful sales with works by David Hockney, Damien Hirst and Andy Warhol all producing feverish bidding. This is a popular and populist market, and Sworders are now the leading purveyors of prints outside of London. We look forward to rapid growth fuelled by Shane’s knowledge, enthusiasm and hard work. Highlights included £13,000 for a print from Andy Warhol’s Campbell’s Soup series and £9,000 for Banksy’s Pulp Fiction screen print. 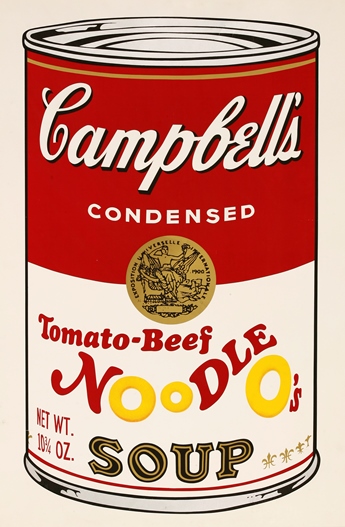 The Asian Art Department is driven by Yexue Li; the Chinese market remains strong if variable and unpredictable. Quality items are becoming evermore difficult to find, yet 2017 was the most successful year for this department, with sales grossing in excess of £1 million. A Jiaqing (1796-1820) powder blue vase, standing 26cm high, realised £41,000 despite considerable damage, and an even more damaged Qianlong (1736-1795) famille rose stupa (34.5cm high) made a surprising £26,000, while a pair of Republic period (1912-49) bottle vases (59.5cm high) sold for an impressive £23,000. 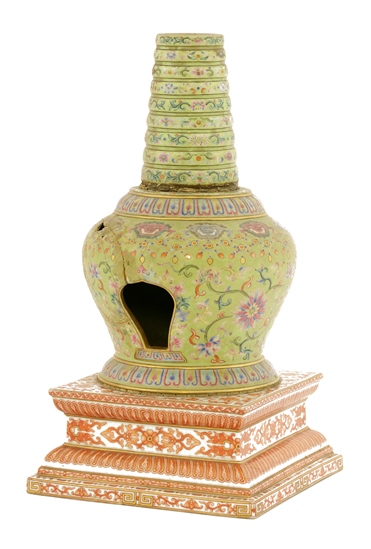 Our quarterly Country House Sales, including British and European furniture, paintings and works of art, are to be rebranded and refreshed in 2018 as “Fine Interiors” sales. These continue to enjoy an enthusiastic response for high quality pieces, none more extraordinary than an early 16th Century oak aumbry or dole cupboard. An extraordinary survival in largely original condition, these food or storage cupboards are seldom seen outside of museums or illustrations in esoteric reference works; the example in our June sale sold for £65,000 to a collector in the north of England. In the same auction a 14th Century Tuscan school gold ground panel of Christ on the cross, which was just 45cm high, went back to Italy for £35,000, while a rare, 39cm long, 19th Century German tin toy omnibus sold for £22,000. As stated earlier, extraordinary pieces continue to command extraordinary prices, be they paintings, furniture or even toys. 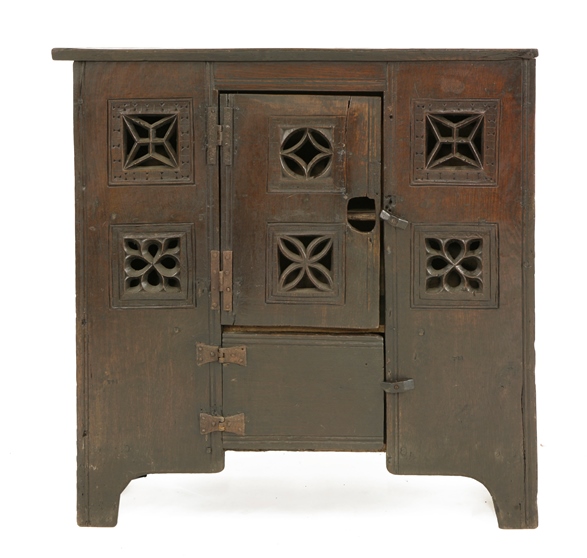 An oak aumbry or dole cupboard

Fine jewellery and watches still attract a global audience, especially for strong and well-known brand names.  A Fabergé gold, silver and enamel photograph frame exceeded most expectations in November when it sold for £30,000, the highlight of a strong and successful sale that included a 4 carat single stone diamond ring at £8,000 and single stone emerald ring at £5,000. A rare Bakelite bead sautoir necklace by a sought-after Turkish maker from the beginning of the 20th Century surprised all, selling for £18,100 in our Objects of Desire Auction in October.

Among many further highlights were:

A set of watercolours of early military aeroplanes by Biggles author WE Johns at £15,000 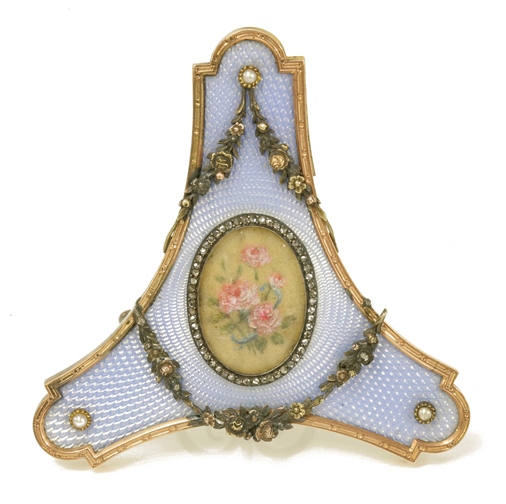 Our first launch of the New Year will be the Out of the Ordinary sale on February 13. Bringing together the weird and the wonderful in an eye-popping catalogue, this new auction series is the brainchild of Mark Wilkinson, who oversaw Interiors sales and similar auctions at Christie’s for many years. 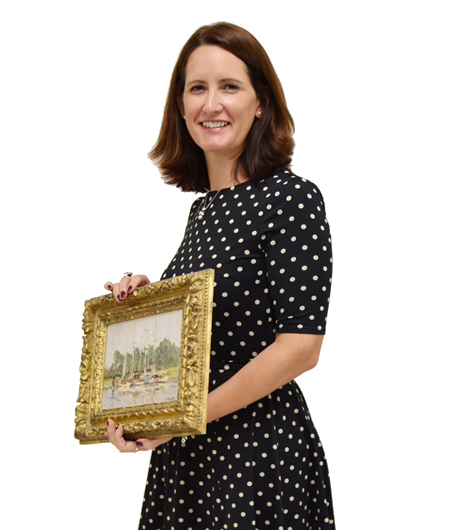 Before that, though, we just want to say a big thank you to all those buyers and sellers without whom we would not be able to enjoy the success we have, and to welcome you all to the Christmas market at our Stansted Mountfitchet rooms, run by Squires until December 23.