In the wake of a new auction record of £204,160 for the British avant-garde painter Cedric Morris (1889-1982), another fine painting by the artist-plantsman is coming up for sale at Sworders.

In the wake of our auction record of £204,160 for the British avant-garde painter Cedric Morris (1889-1982), another fine painting by the artist-plantsman is coming up for sale in our Modern British & 20th Century Art Auction to take place in June.

Gypsy Queen Caravans in a Sussex Meadow, measuring 46 x 59cm, is an early oil on canvas from 1927, painted by Morris for his own pleasure. The dedication in the bottom right hand corner of the painting “to Phyllis from Cedric 1927” is to the vendor’s mother Phyllis Pitcairn Gage-Brown who was a childhood friend of Paul Odo Cross, the son of an American heiress and a close friend of Cedric at that time. Morris’s portrait of him dated 1925 is in the National Museum of Wales. 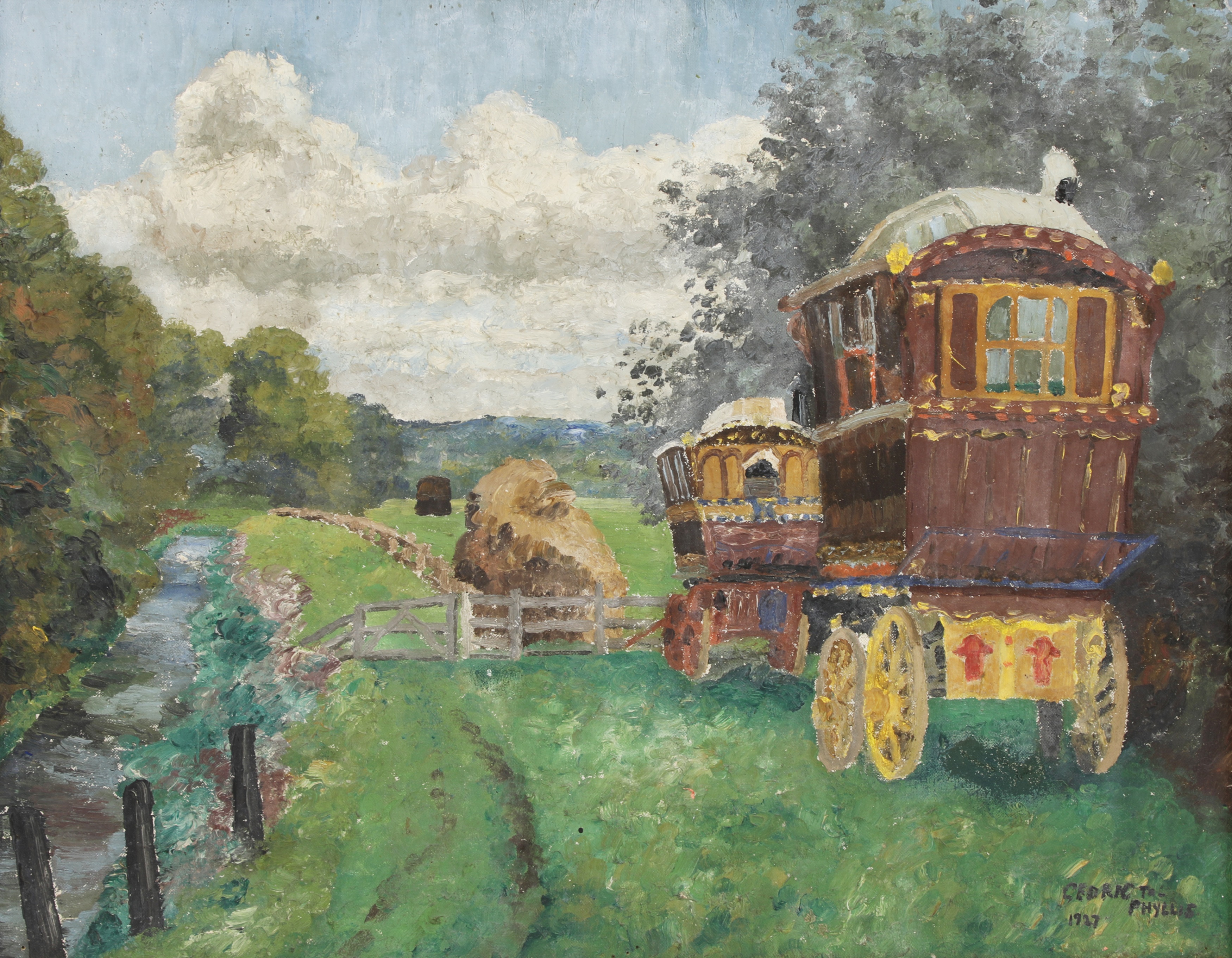 According to the vendor, Gage-Brown owned one of the caravans that appear in the picture and Odo Cross, who was known by the nickname Bud, the other. It had been the norm for the group to ‘play’ at camping together at Socknersh Manor, the East Sussex estate owned by Cross’ mother. Cross’s gypsy caravan later moved with him to Tidcombe Manor in Wiltshire where he lived with the horticulturalist Angus Wilson. The vendor remembers seeing it when he cycled there from Marlborough for tea in the late 1940s.

It was Wilson who first introduced Morris to the possibilities of iris breeding in 1934. Irises would become his great passion; while painting and teaching he cultivated more than 90 new named varieties, many carrying the prefix Benton.

At the time the picture was painted, Morris was working from a studio at Great Ormond Street and had joined the so-called Seven and Five Society of London painters and sculptors. However, two years later he and lifelong partner, Arthur Lett-Haines, chose the country life for good and took the lease on their first Suffolk home (Pound Farm in Higham). In 1937 the couple would found the East Anglian School of Painting and Drawing, first in Dedham and then at Benton End House.

Gypsy Queen Caravans in a Meadow in Sussex carries an estimate of £15,000-20,000 in our Modern British and 20th Century Art auction on Wednesday 10 June.

For more information about the sale please contact Amy Scanlon