An intriguing piece of Cork silver of Irish Republican interest comes for sale in our Fine Interiors Auction on December 3.

An intriguing piece of Cork silver of Irish Republican interest comes for sale in our Fine Interiors Auction on December 3. The 4in (10.5cm) high presentation beaker worked with two bands of Celtic knot decoration is engraved 'To Sean From Seven Irish Rebels, 1931-1932, Spike.' 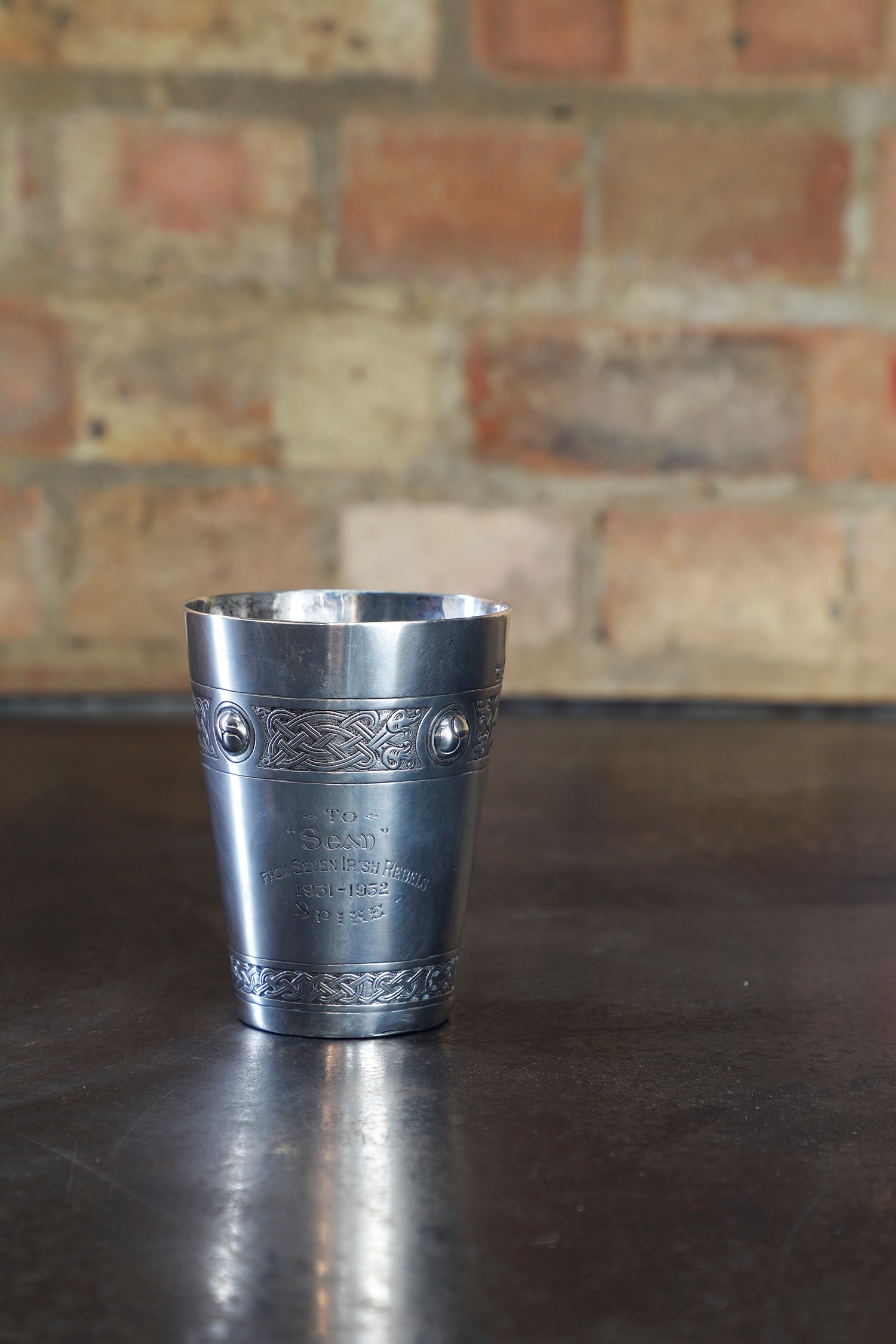 It seems probable that the original recipient was Sean Moylan (1888-1957), a commandant of the Irish Republican Army turned politician and ‘Spike’, the prison on Spike Island in Cork harbour where Moylan was interned along with 500 other members of the Irish Volunteers from May-August 1921.

Moylan, a future minister of agriculture and education, had proved himself an outstanding military leader during the Irish War of Independence of 1919-21, rising to the rank of Officer, Commanding the Cork No.2 Brigade of the IRA before his capture.

He received the beaker a decade later, perhaps during the 1932 General Election when Moylan was elected the Fianna Fáil TD for the constituency of Cork North. Two of the eight signatures engraved to the reverse are those of former colleagues in arms: Michael O’Driscoll, Lieutenant of the 3rd Cork Brigade and Arthur Duff, a composer and conductor turned Irish Army lieutenant bandmaster also based in Cork. The other signatures are those of James Crosbie, Seumas Collins, Alexander M. Healy, D.M. O'Connor and William A. Mower. 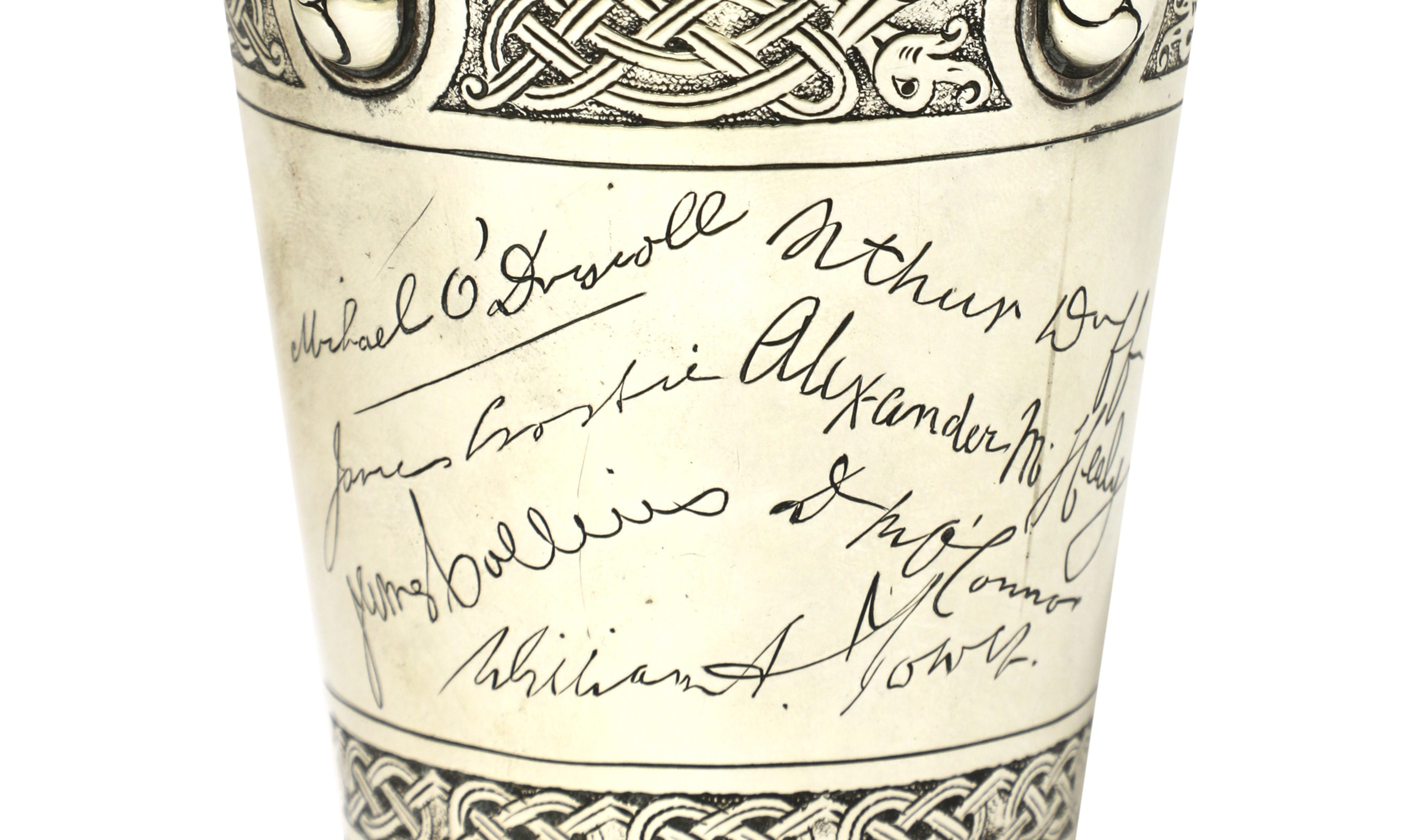 They chose as a gift the work of William Egan & Sons of Cork - a firm intimately tied to the city’s troubled history. The original Egan shop on St Patrick's Street was one of more than 40 businesses destroyed during the burning of Cork by British forces in December 1920. And famously, when unable to send silver to Dublin during the civil war in 1922, Egan created some of the rarest of all Irish silver by assaying its wares with his own ‘hallmark’ of a masted ship between two castle turrets next to his sponsor's mark WE. This beaker, assayed in Dublin in 1930, includes a derivation of Egan’s historic mark to the base.

For more information about this lot, or the sale, please contact