Vanitas Art | A Poignant Reminder for The Living

The word Vanitas in Latin means 'emptiness' or 'futility' and is often mentioned in relation to the idea of Memento Mori, which translates as ‘remember you have to die’.

The notion of the transience of life has been prevalent throughout the history of art, and particularly in the Christian tradition since the Middle Ages. The word Vanitas in Latin means 'emptiness' or 'futility' and is often mentioned in relation to the idea of Memento Mori, which translates as ‘remember you have to die’. This is communicated in Ecclesiastes 7:40, which cautions “in all thy works be mindful of thy last end and thou wilt never sin”.

Paintings, works of art and sculpture, depicting skeletons, clocks, and other metaphors for the passage of time, were intended to serve as a reminder that one's life is fleeting, which, in turn, would prompt the viewer to live by the ethics set out in the Bible, and remember the fierce judgement that they would face upon their eventual, yet certain death. 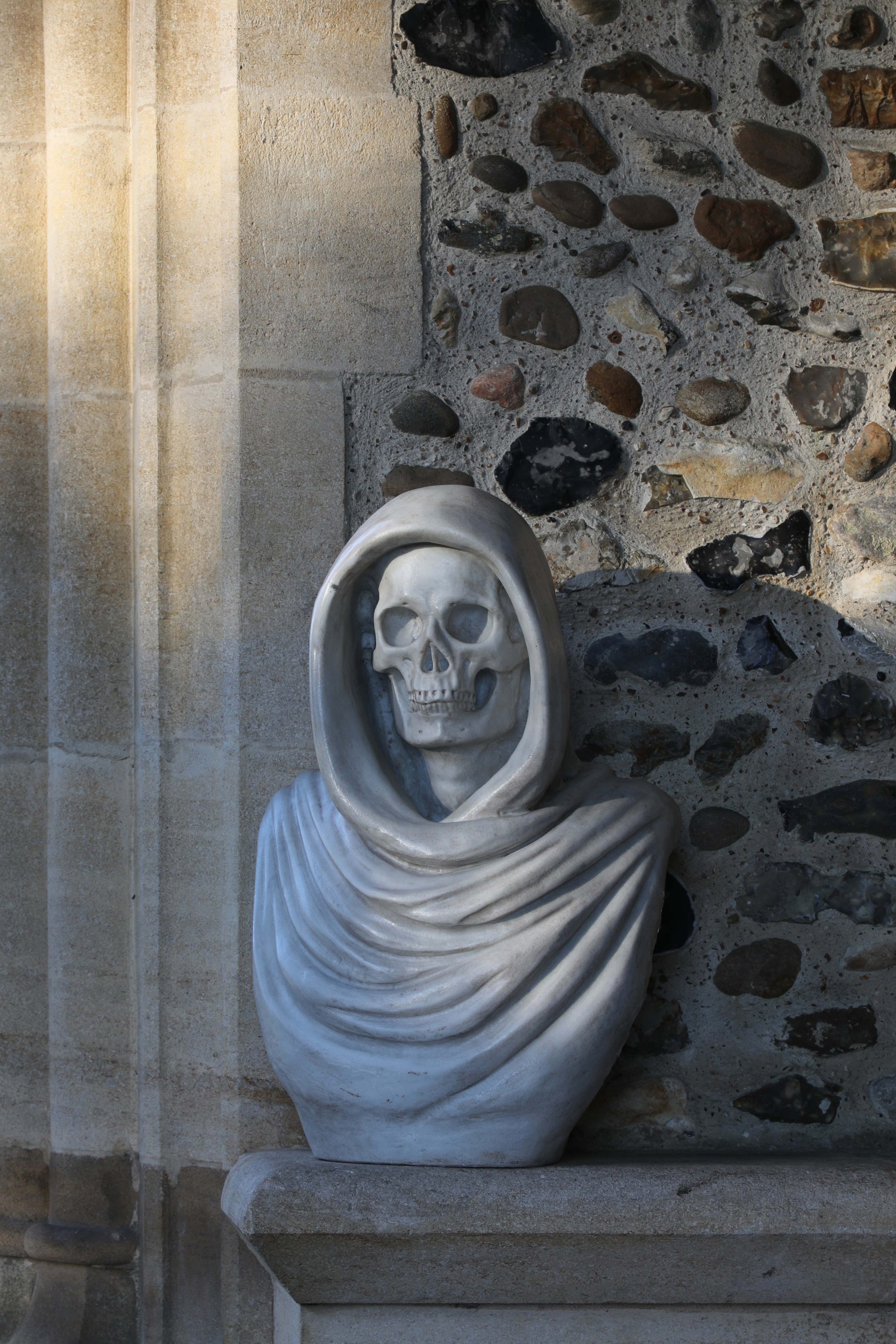 The present example consigned to our March 2021 Fine Interiors auction, takes the form of a shrouded skeleton, is an astute representation of this concept; marble busts have traditionally always honoured and venerated eminent and noble individuals, or have been commissioned by those of a certain societal standing, in order to serve as a permanent representation of their importance or their beauty. Busts of this sort would presumably have been intended to sit in a grand house among such works, as a reminder that no matter one’s success or whether, indeed, they had been immortalised in carved stone, all share the same fate, and all are eventually equal.

For more information about the forthcoming sale, please contact the team