Well there's something you don't see every day!

Sworders’ Out of the Ordinary auction is exactly what it says on the tin. From strange and occasionally comical taxidermy to rare David Bailey photography, this auction certainly isn’t lacking in conversation starters.

Following the successful launch of the Out of The Ordinary sale in February 2018, department specialist Mark Wilkinson has been busier than ever, curating a collection of even wackier consignments for the second of its kind, to be held in Stansted Mountfitchet, next month.

A recent exhibition held at The Whitechapel Gallery in London, entitled ‘Surreal Science’, showcased extraordinarily crafted objects from the personal collection of prolific art collector George Loudon. Loudon recognised many years ago, that the skill and artistry displayed in the manufacture of such objects far exceeded that of mere science museum exhibits to make them 'Art Objects' in their own right. This concept rings true with Wilkinson, who joined Sworders after three decades championing Out of the Ordinary sales at Bonhams and Christie’s in London.

Amongst the key themes of Sworders’ February sale are unusual anatomical models, rare animal remains (a taxidermy whales penis anyone?!), peculiar photography and popular culture memorabilia. These things fall outside of the usual collecting oeuvre, but, on account of their rarity, beautiful construction, an association with celebrity or simply just for their joyous silliness, command the viewer’s attention.

A man who has whole-heartedly embraced Out of the Ordinary is seasoned television antiques expert, Tim Wonnacott. Having already consigned slices of his eclectic collection to Sworders sales in 2018, Tim is delighted to have been able to make a “modest contribution” from some of the more unusual items in his possession. “I have always had my eye open for unusual taxidermy, in particular any albino mammal specimens. This particular lot I found in an auction in Lichfield whilst filming for a feature in a TV programme. Most film cameramen are completely professional and cool, but I was pleased to see on this occasion my camera man's shoulder twitching with amusement when I described the glass box and its contents as a “Bad case of Moles.”! It carries an estimate of £200-400. 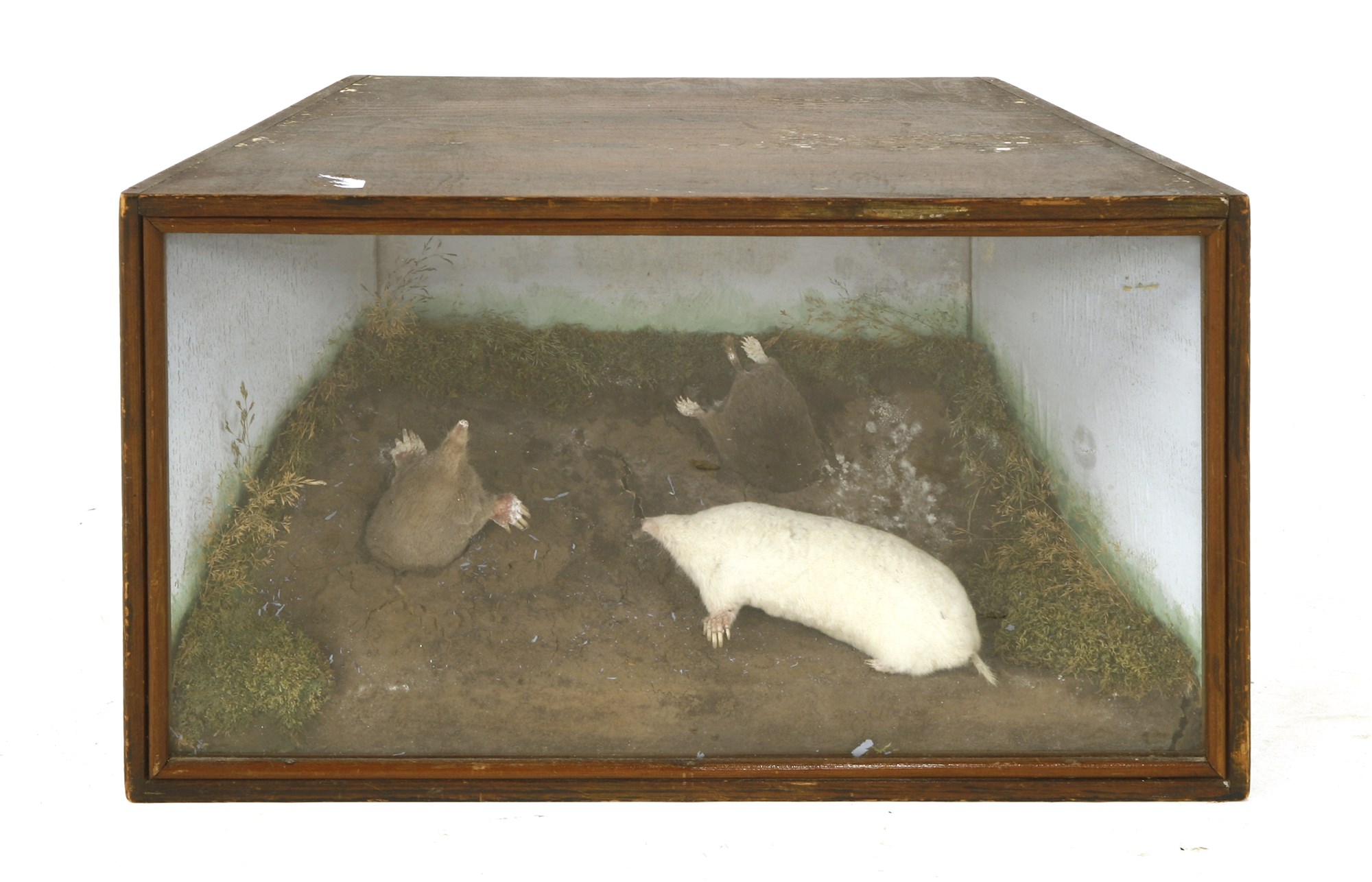 As far as celebrity is concerned, the international fascination with Napoleon Bonaparte, whilst intense in his lifetime, has in many ways intensified in the nearly two hundred years since his death in 1821 on the remote island of St. Helena in the South Atlantic. Shortly after his death it is believed Napoleon’s physician, Dr Francois Carlo Antommarchi, took a cast of his head (his death mask) which was reproduced when he returned to Europe in bronze and other materials. Wonnacott was fortunate enough to find an electro type copy at an auction a few years ago and was even more excited to discover its illustrious provenance. The mask was once the property of the infamous “Pasha” Alexander Meyrick Broadley 1847-1916, a noted collector of Napoleana. Following his death sold to Lord Curzon, who in turn, bequeathed it in 1926 to the Bodleian Library in Oxford. It is being entered for sale with an estimate of £800-1,200. “Anything associated with Napoleon personally, whether a body part or an object he might have touched, commands exceptional intrigue”, says Tim. 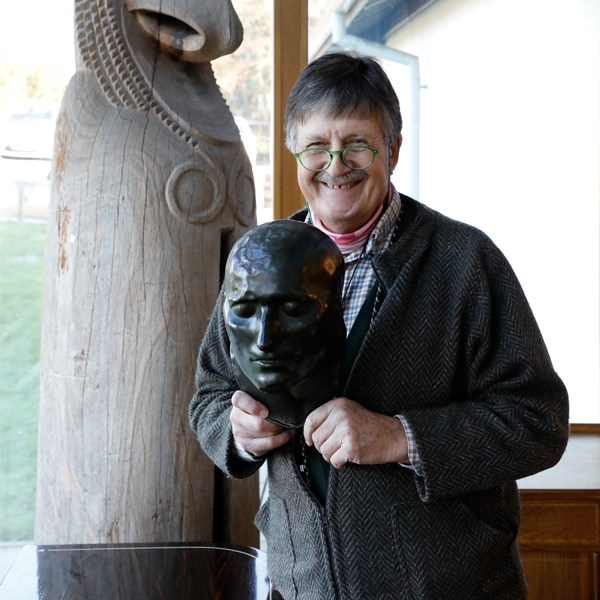 An item of stark contrast is a prototype Concorde 002 'Emergency Procedures Manual', also from The Wonnacott Collection. It was discovered years ago during an expedition to Wetherby racecourse antiques fair. “How it found its way there is a complete mystery!” says Tim.  One thing that is known is that this rare surviving piece of aeronautical history sat beside the late chief test pilot Brian Trubshaw CBE, MVO (1924-2001) when he became the first British pilot to fly Concorde 002 in April 1976. “For such a technically advanced aeroplane to have such a low tech manual, with laminated sheets and ring binding, is both surprising and rather amusing”. The manual will be sold with an auction estimate of £500-800. 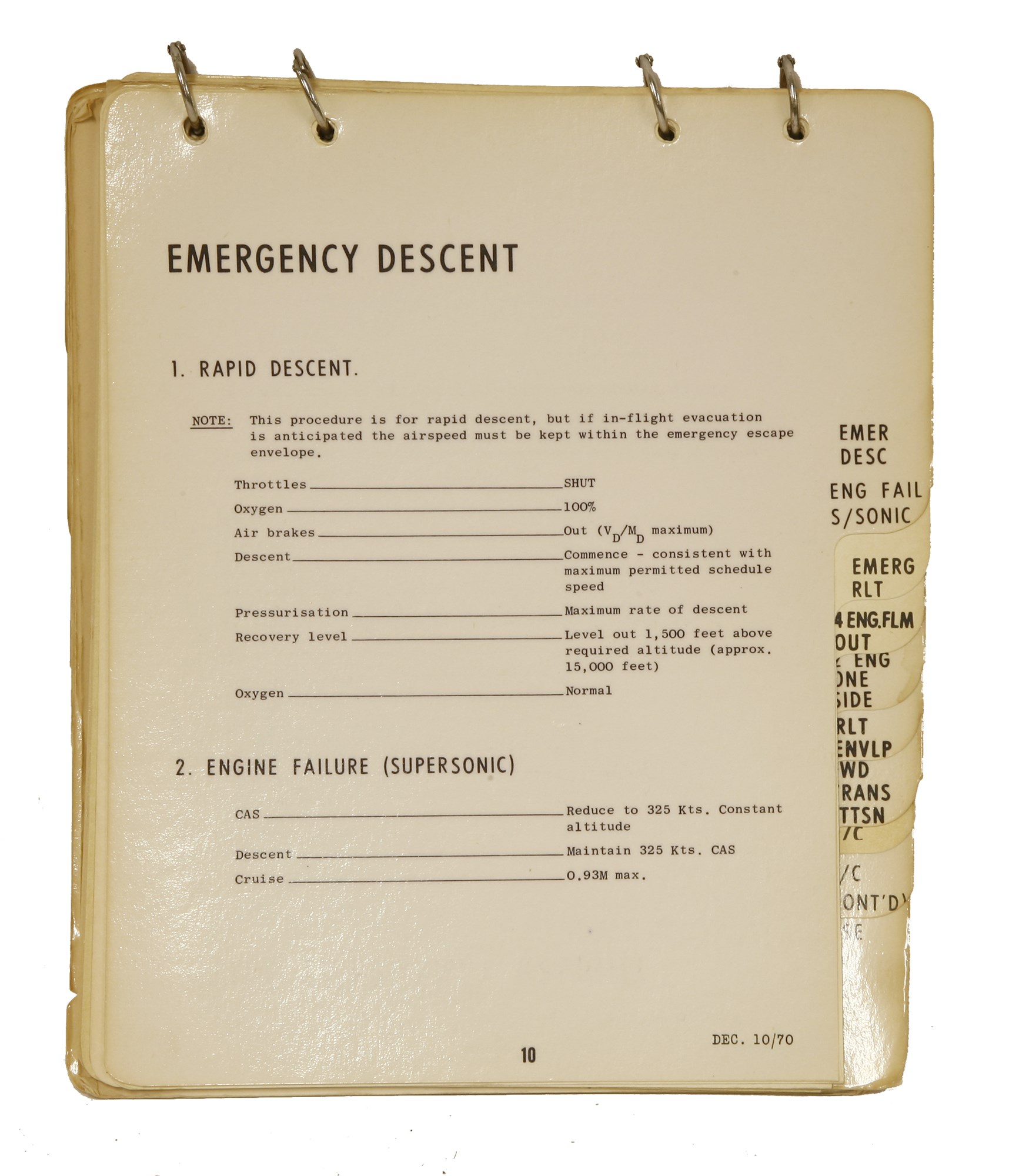 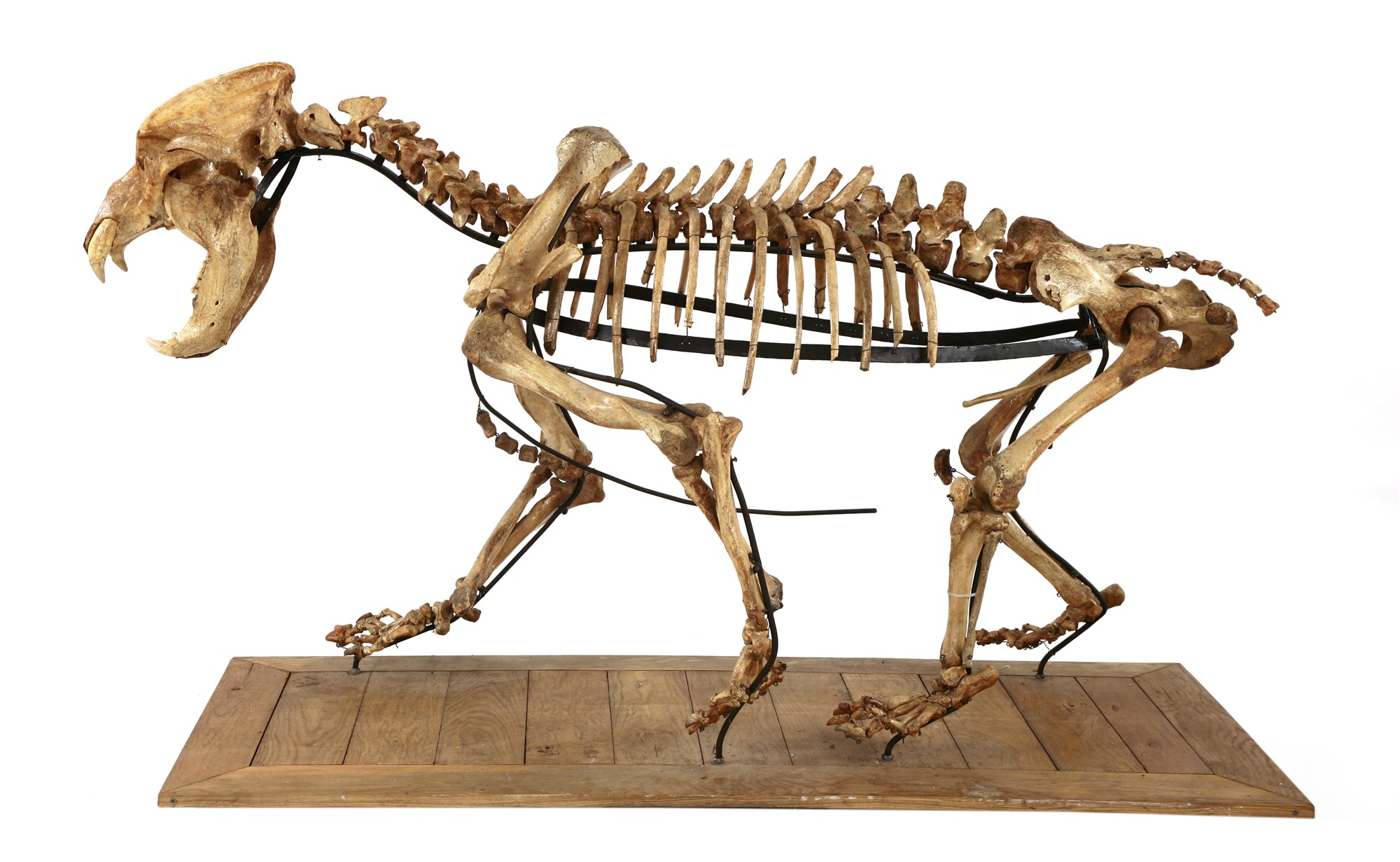 For more information about the forthcoming sale, please contact:  markwilkinson@sworder.co.uk or call 01279 817778.