With a vast production, ranging from utilitarian dinnerware to statement art pieces, Wilhelm Kåge is arguably one of the most significant names in the history of 20th century ceramics, and his works feature prominently in next week's Design auction.

Kåge's childhood and youth were defined by his love of art, which saw him employed as a sign writer and advertisement designer. Throughout his training, he brushed shoulders with some of the most significant names in Modernism, both in Scandinavia and throughout Europe, with the likes of Carl Kylberg, Gösta Adrian Nilson (GAN) and Henri Matisse having significant impacts on his artistic development.

His modernist design eventually caught the eye of Axel Odelberg, head of the Gustavsberg porcelain factory, who employed Kåge to modernise their product range under the movement known as ‘Vackrare vardagsvara’ which loosely translates to ‘Enchanting everyday’. The movement brought aesthetically pleasing and affordable dinnerware to Swedish households. His initial designs were a tremendous success and saw him appointed as Artistic Director - tasked to develop several successful patterns and designs. 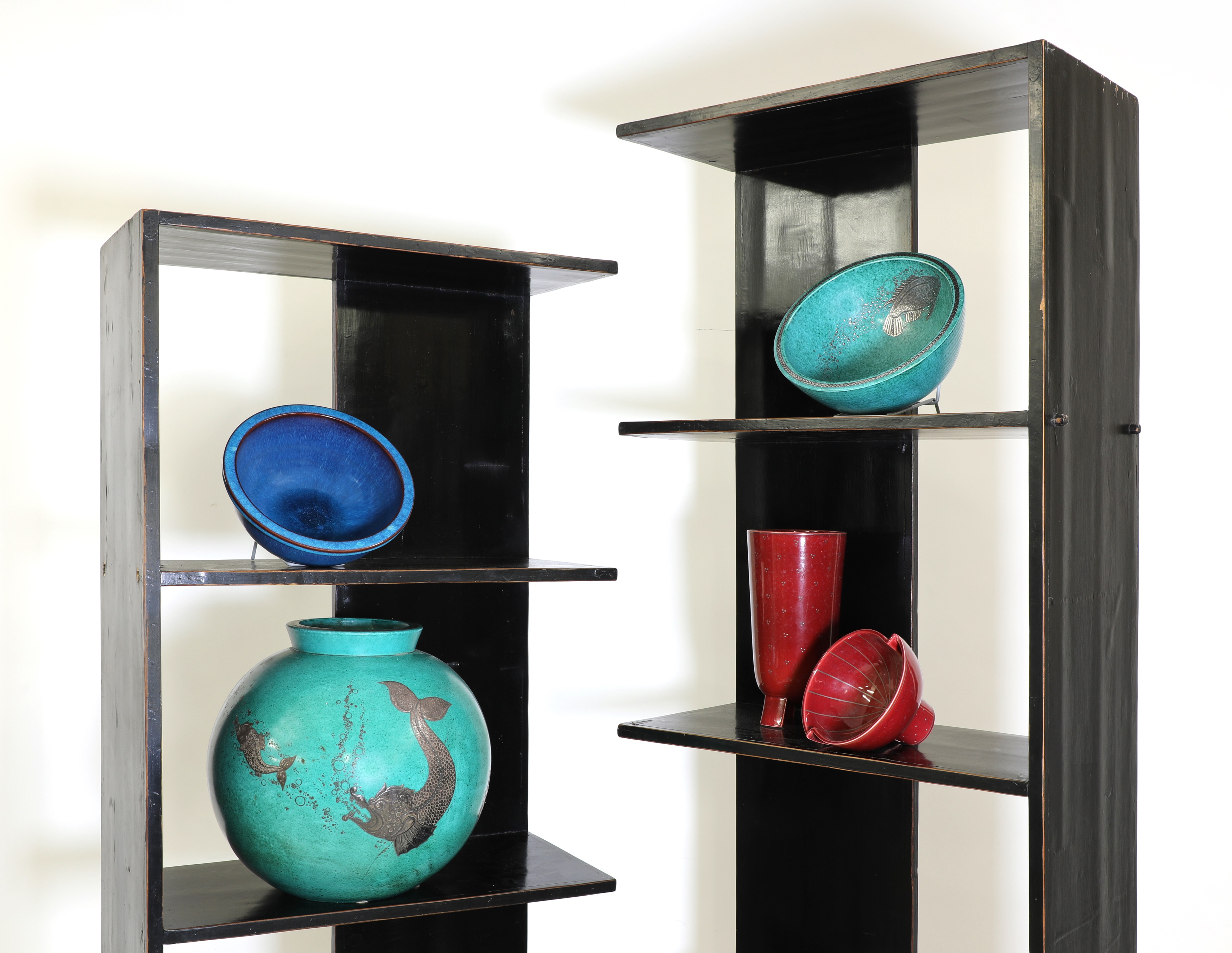 Kåge’s most significant artistic legacy, however, would be unveiled at the Stockholm Exhibition of 1930 which saw the advent of the ‘Argenta’ range. The pinnacle of Swedish Art Deco, these pieces featured a mottled green copper glaze, often with striking painted silver motifs of imposing sea creatures, or characters drawn from classical iconography. With their simplistic and clean forms, the series became a phenomenal success, with red and blue versions introduced later in production.

Alongside the Argenta, Kåge introduced the ‘Farsta’ series, an innovative and experimental collection of stoneware, which he called his only uncompromised work. The clay for these pots were drawn from Höganäs in southern Sweden, which has a particularly rich mineral soil. The high iron content resulted in a defined red type of stoneware with an increased durability and the ability to withstand higher than average firing temperatures. The increased strength of the ware also lent itself to carving, allowing Kåge to create intricate patterns on the vessels. These would then be fired at a low temperature with experimental thick glazes which he dipped in various minerals and oxides, imbuing them into the glaze, only to emerge as radiant colours when fired again at higher temperatures.

Whilst the Argenta series became commercialised and saw production of smaller pieces on a larger scale, Kåge never compromised on the Farsta-ware, and he continued to experiment with these pieces until his death in 1960. Taking on increasingly larger and more elaborate forms, these range from bowls and vases to large sculptures of the dragon fish that once adorned the Argenta vases. Rumour even has it that he had his own ashes buried in an urn which he fashioned for himself – truly uncompromising until the end!

Sworders are delighted to offer a fine selection of both Kåge’s earlier and later Argenta pieces, as well as a stunning Farsta bowl in the upcoming Design sale, to be held over two days on Tuesday 25 & Wednesday 26 January.

For more information about the sale, or to discuss a consignment to a future auction, please contact the department at design@sworder.co.uk