Works by acclaimed portrait painter David Jagger ROI, RP (1891-1958), taken from the Horlicks Factory in Slough, are to be included in the artist’s catalogue raisonné. The seven paintings will be offered for sale on Tuesday 9 October.

After leaving Sheffield Technical School of Art a medal-winning student in 1912, David Jagger learnt his craft as a black and white illustrator at The Sheffield Telegraph newspaper. However, he harboured a desire to become a portrait painter and left Sheffield for London early in 1914. Taking with him a 'collection of head-and-shoulder portraits of attractive girls and just £3 and 10 shillings' to his name. Armed with letters of introduction he ‘called into two commercial studios with examples of his work and was offered a job at both'.

The latter, J. Walter Thompson offered him more creativity and a post at three pounds a week which he immediately accepted. Jagger described this early period at the company as ‘gaining quite a lot of experience as a poster designer’. Always highly driven, Jagger combined his studio work undertaken during the day with his own work produced every spare evening in his Kensington flat. These nocturnal portraits, usually female were produced with the aid of artificial lighting. Many of these portraits found their way back into his commercial work, others helped begin his career as an exhibiting portrait painter.

One notable series of works, produced in 1926, captures perfectly Jaggers' striking illustrative skills, a series of half a dozen black and white portraits of British aviators and racing car drivers, which is now in the collection of the National Portrait Gallery. By the mid-1920's, Jagger had established a reputation as one of London's most in-demand portrait painters. 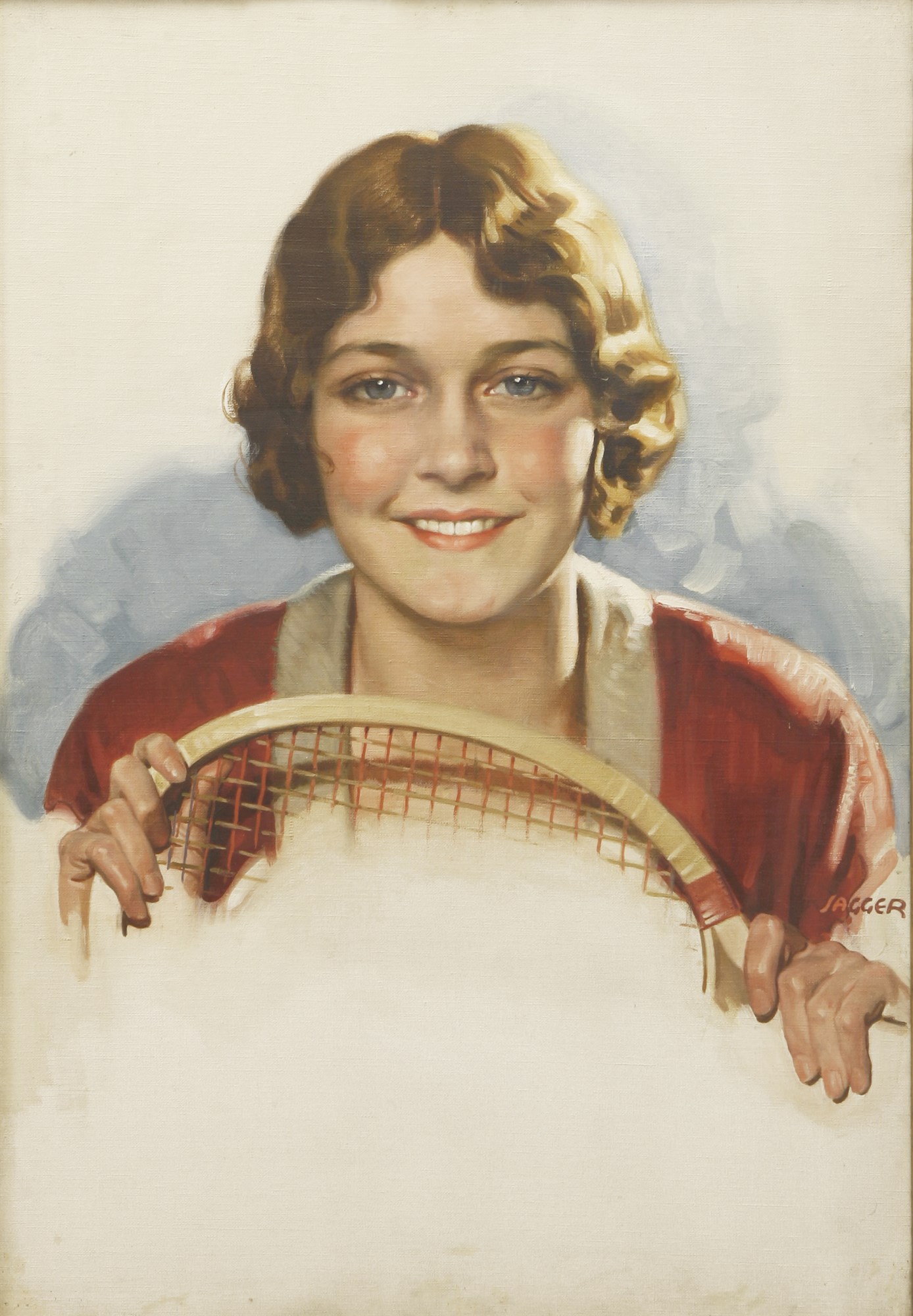 In February 1931 a selection of his graphic work produced ‘for advertising purposes’ for J Walter Thompson was shown at the British Industries Fair at Olympia. Jagger was pleased to learn his work found a royal admirer, the Duchess of York, who spent some considerable time viewing his pictures. Many of his high society portraits were reproduced in many notable art journals and magazines of the day, including Nash's & Pall Mall magazine, for whom he produced a pair of specially commissioned black and white portraits of King George V and Queen Mary (Silver Jubilee edition, May 1935).

Seven works, taken from the Horlicks Factory in Slough, now included in the artist's catalogue raisonné, are to be offered for sale on Tuesday 9 October.

Currently on offer in our Modern & Contemporary Timed auction, Ernest Neuschul’s Nude is a striking example of the artist’s figurative oeuvre.