Born in Sheffield, Omar Ramsden (1873-1939) has become synonymous with the pinnacle of Arts & Crafts silver and the origin of Modern British silver design of the 20th century. Training under his father as a silversmith along with evening classes at Sheffield School of Art where he studied design, he would lay the foundation of a professional career redefining British silver.

It was at the Sheffield School of Art where he would meet Alwyn C E Carr (1872-1940), establishing a rivalry-turned-friendship and business partnership, which would push the two students to the peak of their creativity. The pair won their first big commission in 1898 with their design for the mace of the city of Sheffield in an open competition hosted by the city council. Their victory not only won them renowned status but also allowed them to open their first studio in Chelsea.

With most of the metalwork carried by workshop assistants, Ramsden and Carr predominantly focused on the design and marketing aspects of their studio. In response to this, they saw tremendous desirability for their pieces, particularly among the upper echelons of London’s social circles for which they were often commissioned to design and manufacture bespoke pieces. The present studio (St Dunstan's on the Fulham Road), would eventually become a hub for clients and admirers, attending in an almost salon-like fashion. 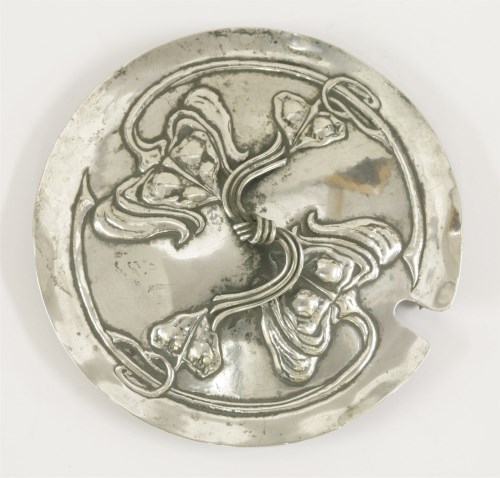 An Edwardian silver cover
Sold for £230 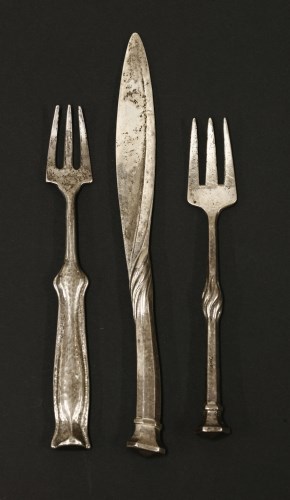 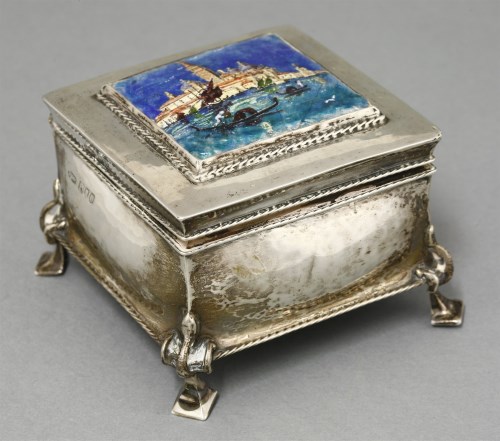 A silver and enamelled table casket
Sold for £700 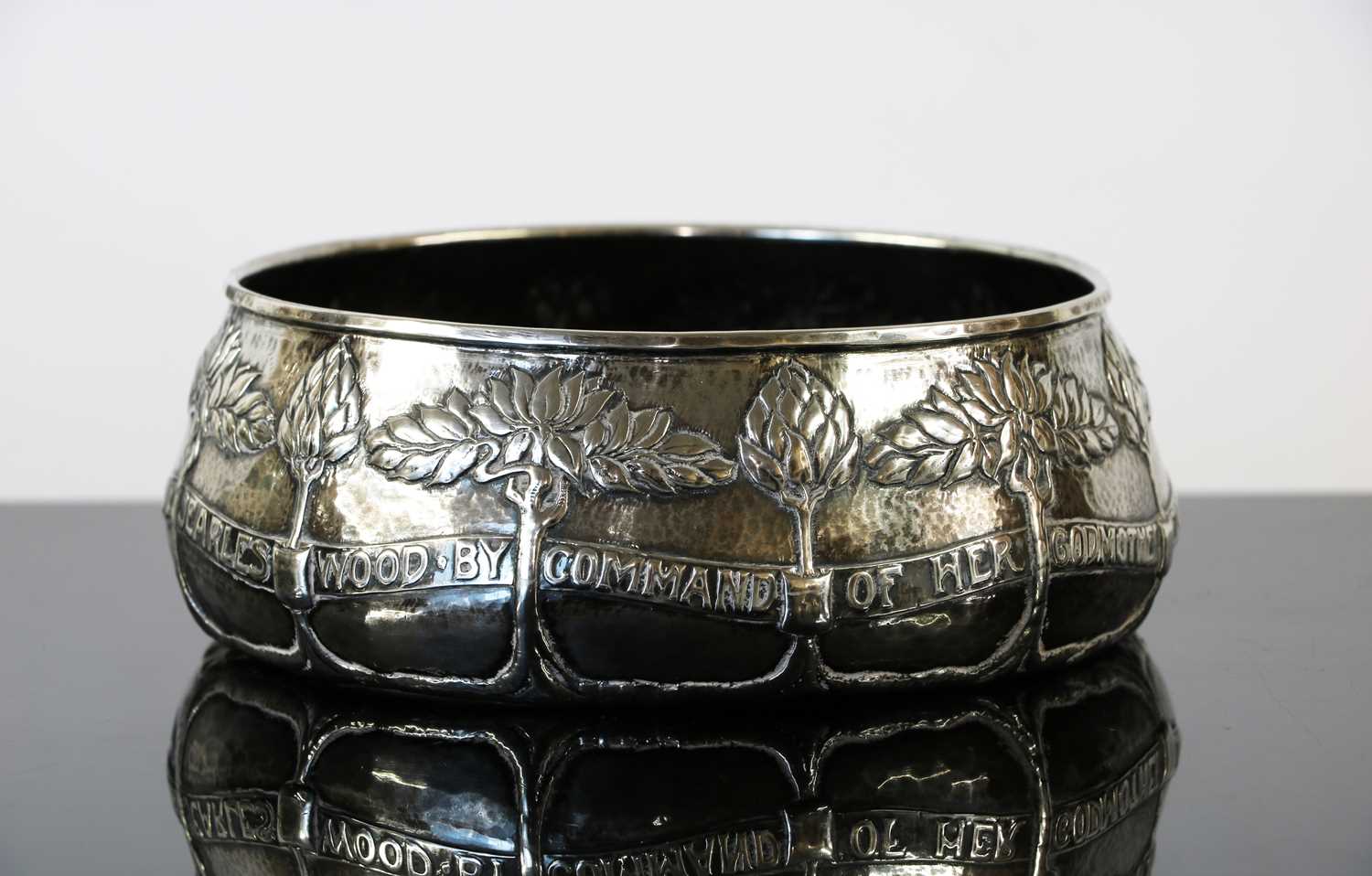