Covering a wide spectrum from classic mid-19th Century French manufacturers to contemporary lamp work makers, paperweights offer a broad collecting sphere. Held in high regards are the paperweights made by French manufacturers Clichy, Baccarat, St Louis and Pantin. Decorated with millefiori, lamp work floral designs and sulphide inclusions they demonstrated what was possible in this discipline. Despite the less than 10-year period of these ‘classic era’ paperweights they have remained popular today selling for hundreds and even into the five-figure bracket for the rarest examples.

Paperweights featured through the 20th Century with manufacturers such as Whitefriars that included set designs in their catalogues. Contrasted with studio artists such as Paul Stankard, Paul Ysart, John Deacons and Charles Kaziun creating a mixture of lamp worked and millefiori paperweights on a smaller scale. 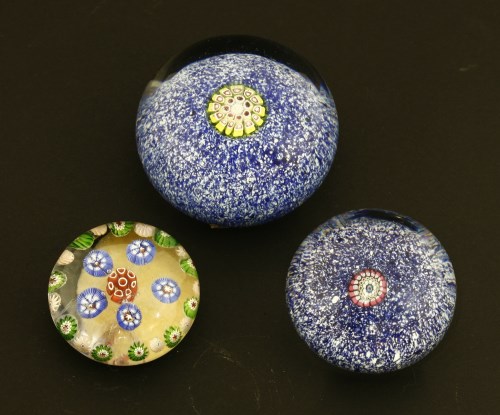 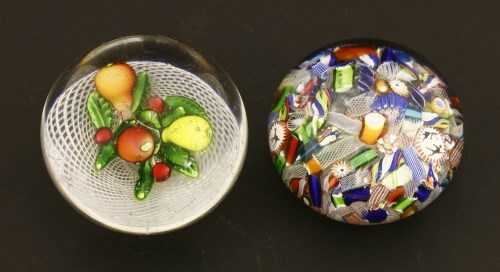 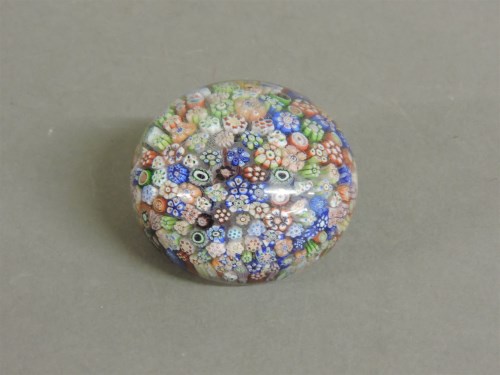 A Baccarat millefiori paperweight
Sold for £300 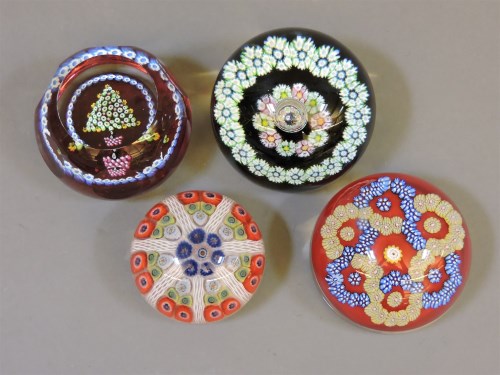 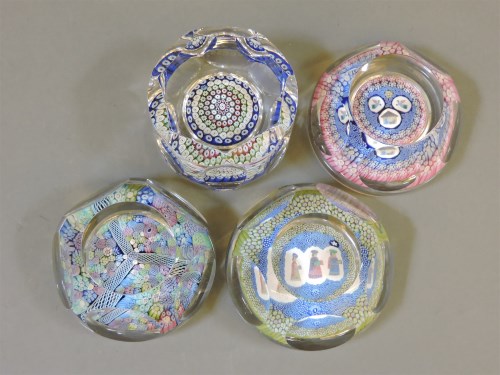 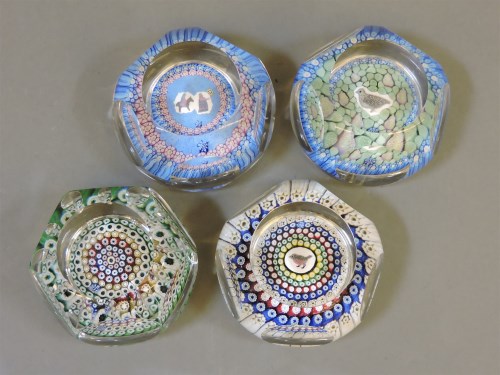