Sworders Fine Art Auctioneers are celebrating a record £1.75 million auction total for the sale of the principal contents of North Mymms Park, conducted at our Stansted Mountfitchet Auction Rooms over two days on the 17th and 18th April 2018.

Nineteen monumental tapestries, created in workshops across northern Europe from the mid 16th to the mid 18th century, had been displayed in the house for over a century. Most were collected by the Anglo- American banker Walter Hayes Burns (1838-97) and his wife Mary, who purchased the estate in the 1893 to accommodate their growing art collection. It was these 16th century weavings that sparked most interest among buyers. The collection achieved a combined total of £906,460.00 inclusive of buyers premium.

The sum of £94,000 was bid for John Glover (1767-1849) oil depicting The Beggar's Oak - a celebrated tree that stood on Lord Bagot's estate at Blithfield Hall in Staffordshire. In 'The Trees of Great Britain and Ireland', printed in seven volumes between 1906 and 1913, Henry John Elwes describes it in the following terms: 'I visited it in March 1904. The roots measure about 25 paces round and the branches cover an area of 114 paces round. The picture had last sold at Christie's London in July 1989 for £24,000.

There was particular enthusiasm for a series of white marble ‘grand tour’ pieces from the Loggia at North Mymms. These included, at £60,000, a pair of Roman-style pedestals,c.1800 worked with Vitruvian scrolls, rams' heads and the armorials of Thynne, probably Thomas Viscount Weymouth.

The sale total, including buyer’s premium, was £2.2m. A total of 1,718 bidders registered to bid across the two days with over £600,000 of art and antiques sold online.
Sworders’ chairman Guy Schooling - who had conducted valuation work at the property for over two decades - said the sale “exceeded my most ambitious expectations. I’m absolutely delighted that a culmination of years of hard work has led to such success”. 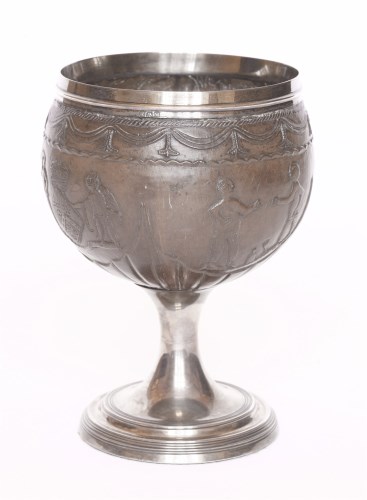 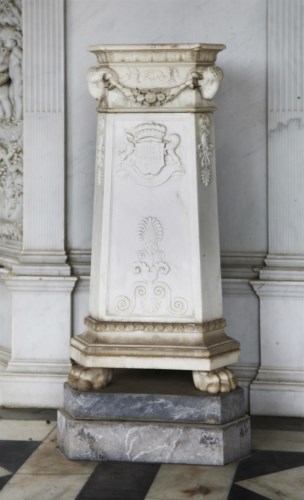 A pair of Roman-style white marble pedestals
Sold for £60,000 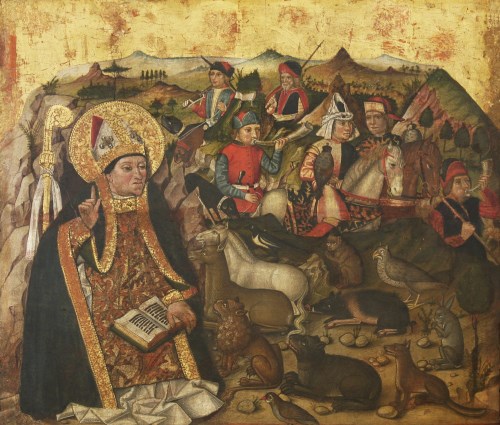 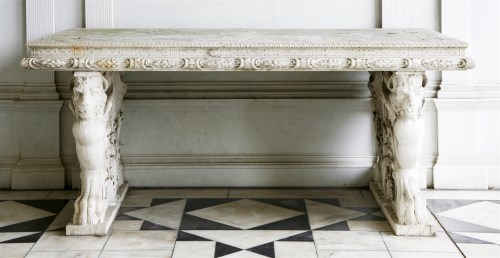 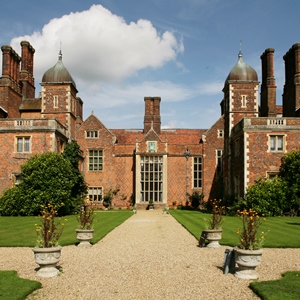 The Principal Contents of North Mymms Park: Day One