Gilbert Bayes enjoyed a long and highly successful career that spanned the Arts and Crafts Movement, art nouveau, through art deco to modernism. Winning countless medals and awards, he was also the president of the Royal Society of British Sculptors and Master of the Art Workers Guild. He created more public sculpture between the two wars than any other artist working in Britain at the time. His use of diverse subject matters, styles and materials has ensured his status at the forefront of British sculpture in the first half of the 20th century and, given his many accolades, it is surprising that he is not better known today.

Taught and mentored by George Frampton, he created war memorials, portrait busts and panels, sculptures in metal, coloured ceramics, stone, wood and plaster from small medallions up to monumental 60 foot friezes. It is these large public works for which he is probably best known; his public sculptures and the large low relief panels have become part of the fabric of our cities particularly in London. We take them for granted without really noticing their presence.

They notably include, but are by no means limited to the following: ‘The Queen of Time’, Selfridges, Oxford Street; ‘Drama through the Ages’, Odeon Covent Garden, formerly the Saville Theatre, Shaftesbury Avenue; and ‘A Tribute to all Sportsmen’, the frieze outside Lord’s Cricket Ground, Wellington Road. The list goes on and on. His work was often figurative and it was his philosophy that art should be decorative and should elevate. The following four lots were all created in the 1930s when he was at the height of his powers. 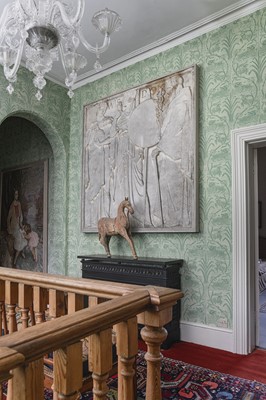 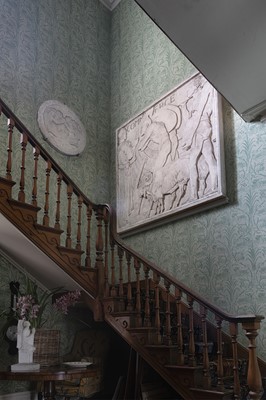