The production of art glass on small scale is a relatively new technology, gaining traction in the 1960s. However, already there are desirable names in this market which is yet to be widely appreciated. In comparison to the Studio Ceramics market, names equivalent in their respective fields to Hans Coper and Lucie Rie offer superb value.

American Dale Chihuly, a student under studio glass innovator Harvey Littleton, is one of the staple names in the movement. Founding his own glass school in the early 1970s and giving his name to the monumental chandelier situated in the heart of the Victoria and Albert Museum. British efforts were helped by the work of Samuel Herman for his teachings at the Royal College of Art. The organic forms and range of colours used are key features of his work. Probably one of the most successful ever exploits into to the commercial side of studio glass was by Michael Harris and his studio at Mdina, producing pieces with blues and greens reminiscent of their location which proved hugely popular with an ever-increasing tourist trade. 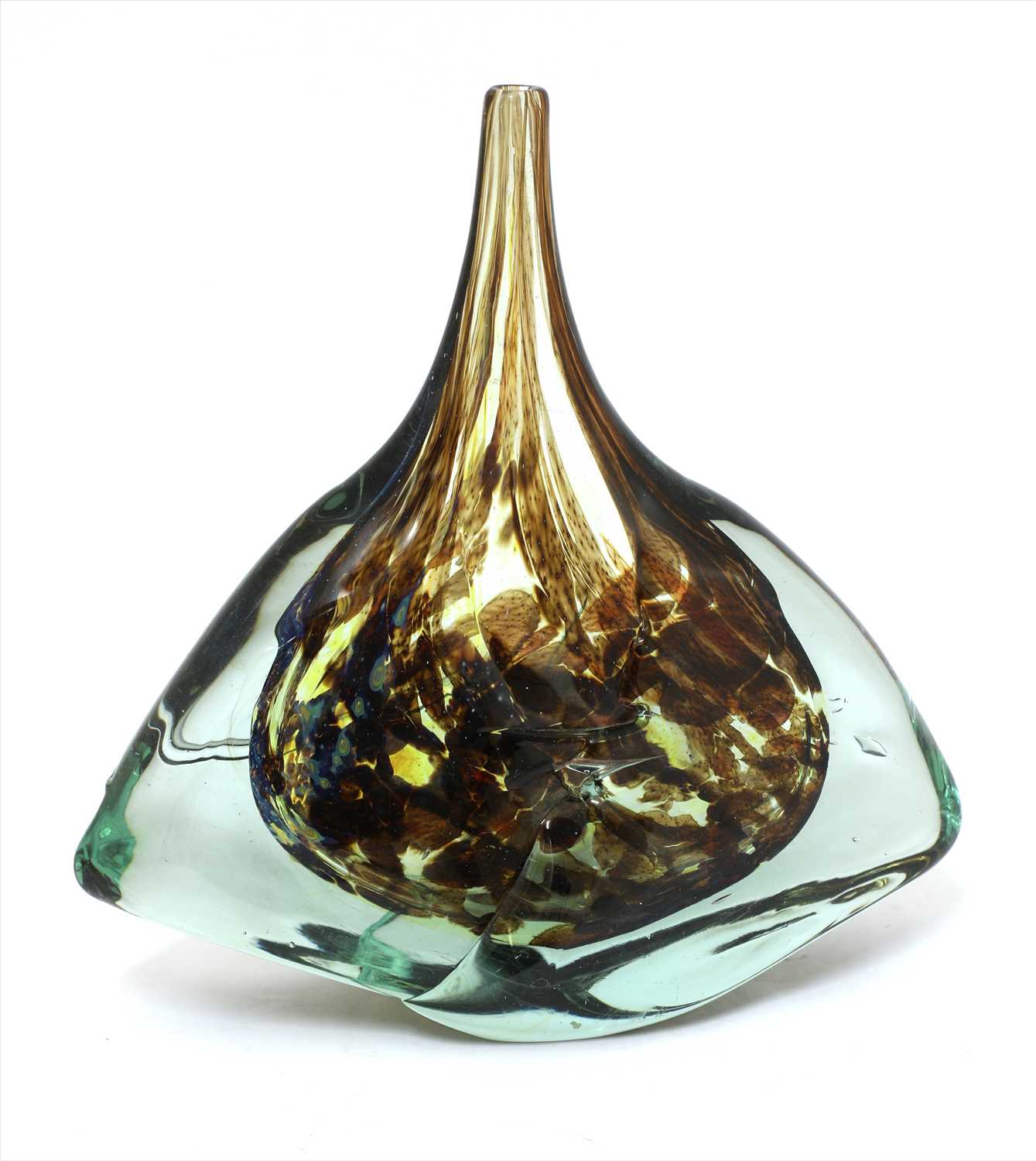 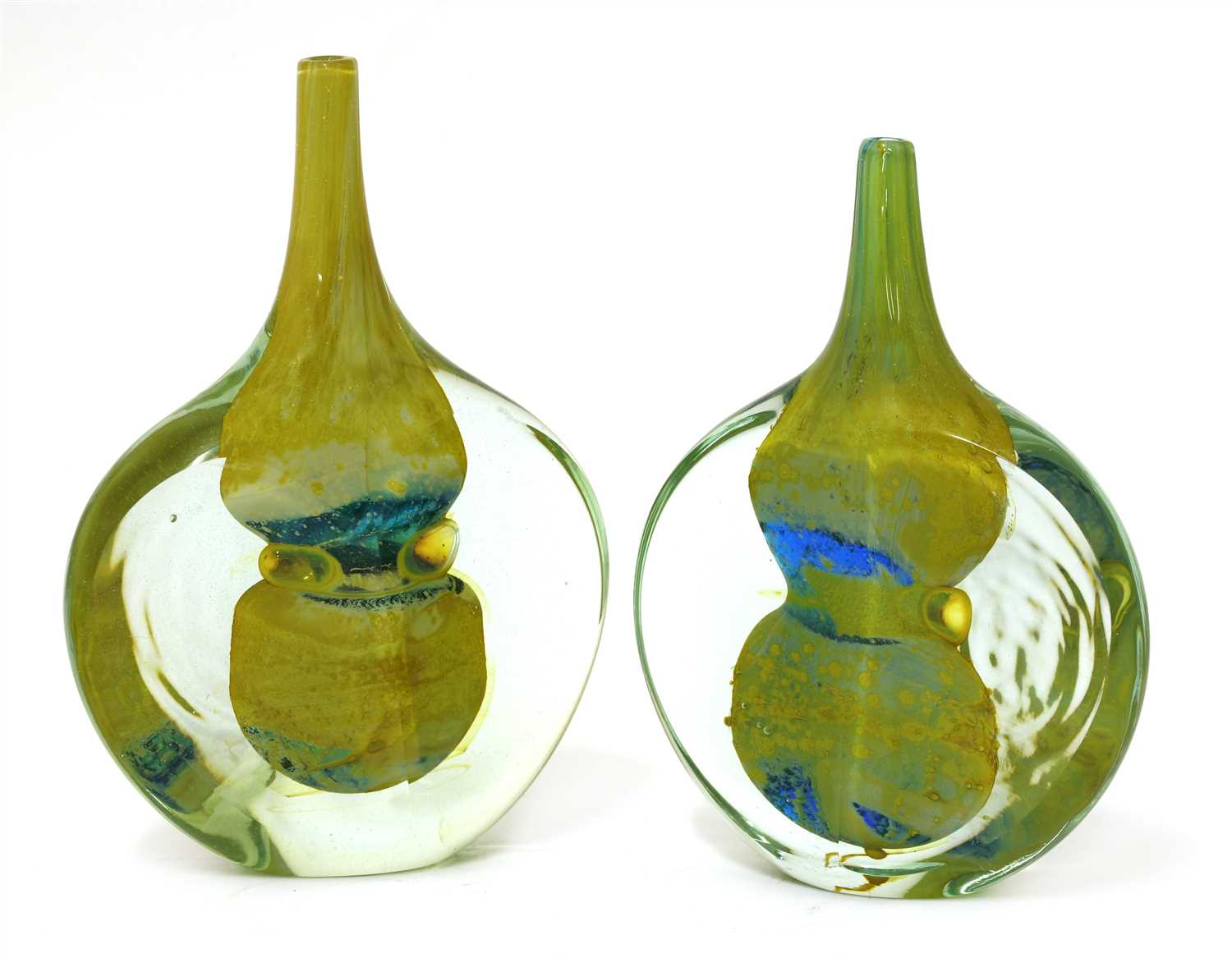 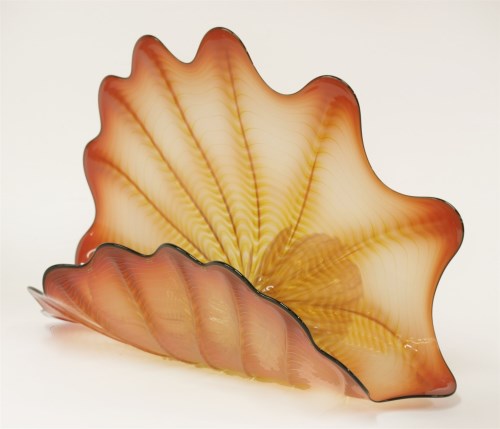 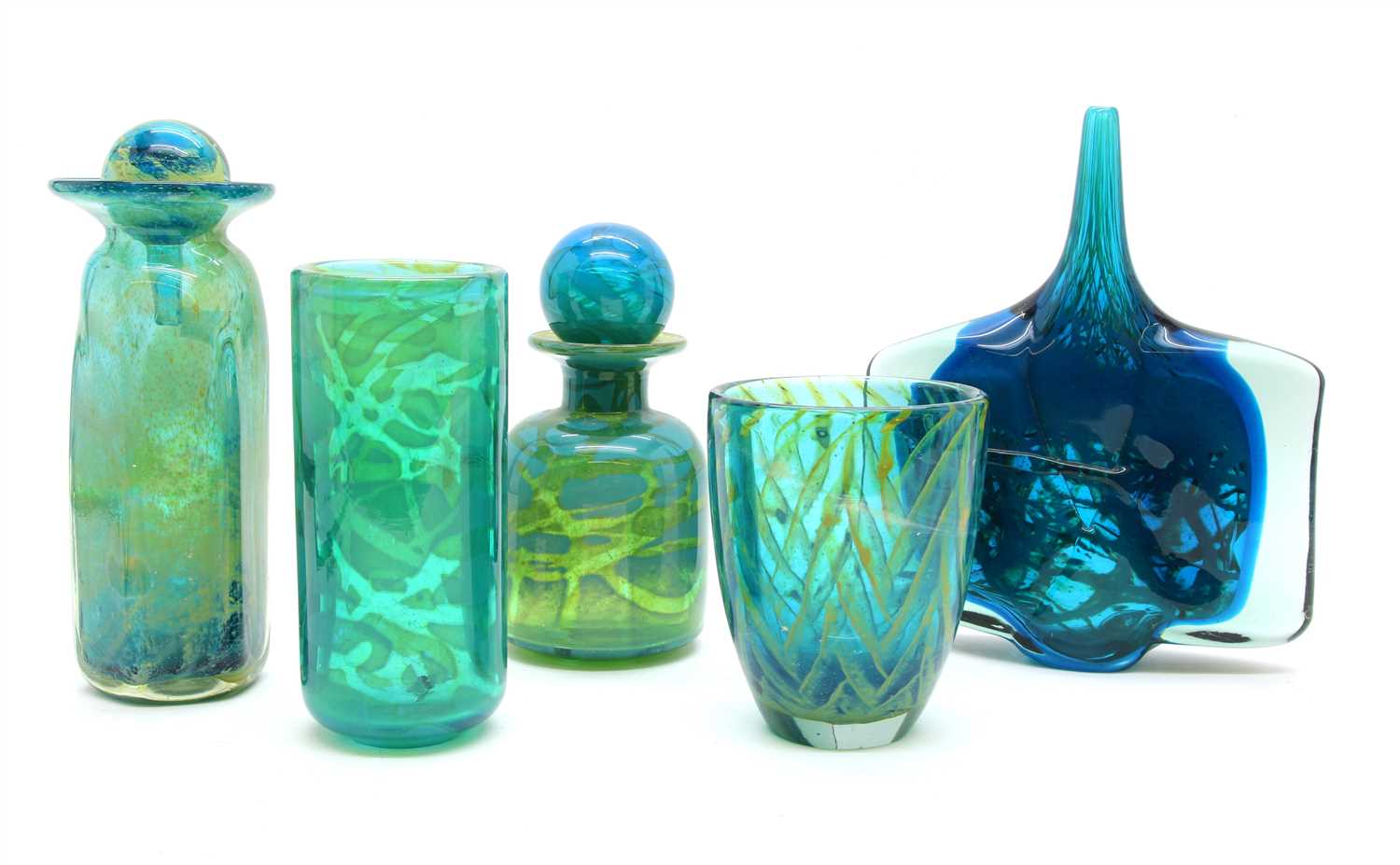 A collection of Mdina blue and yellow glassware
Sold for £180 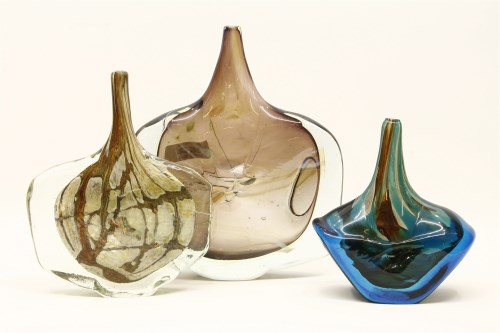